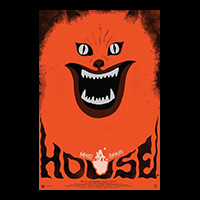 Opening: Lone Survivor. Also: leftovers from the holiday movie season. But if Wintertime is making you want something dark and strange, check out these picks.

Nightmare Alley
“Geek” has become an accepted, commodified term but Nightmare Alley—the ’40s melodrama that unbelievably was produced by Fox—reminds you of its twisted roots. A stand out Tyrone Power stars as Stan, a conman carny who, due to his hubris and dishonesty, poses as a psychic and rises from the fairgrounds to high society. But fate doesn’t leave it at that. Lavish yet bizarre and pessimistic, the noir-ish Nightmare Alley is a potent reminder of the alluring, soul-sapping dangers of social mobility. Think of it as The Wolf of Wall Street of its day—but shorter. (It’s part of the series Second Looks and will be hosted by Illeana Douglas.)
When: Thursday, Jan. 9, 7:30pm
Where: Cinefamily: 611 N Fairfax Ave., Mid-City.

House (Hausu)
Some movies just happen to be screened at midnight and others are strange, bona fide Midnight Movies. Directed by Nubuhiko Obayashi and a hit in 1977 Japan, House belongs in the latter category. Seven schoolgirls travel to an aunt’s old country side home to find that it’s inhabited by g-g-ghosts. Sounds old-fashioned on the surface, but the real menacing force is Obayshi’s kitchen-sink approach, which puts the protagonists through various over-the-top visual scenarios. Experimental yet poppy and aggressively silly, House is best seen late at night for maximum “What in the hell?” effect.
When: Friday, Jan. 10, 11:59am
Where: The Nuart: 11272 Santa Monica Blvd., West L.A.