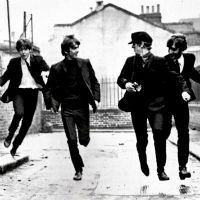 Opening This Week: Tammy with Melissa McCarthy, the horror docudrama Deliver Us from Evil, and a non-transforming space robot in Earth to Echo. How about these instead?

Life Itself
Along with his screen partner Gene Siskel, movie critic Roger Ebert championed cinema to the masses with so much wit and verve that he’s still being memorialized a year after his passing. So it’s more than fitting that Steve James, the documentarian whose classic film Hoop Dreams was put on the map by Siskel and Ebert, has made a very good film about him. The movie covers his career in an entertaining fashion and recounts his final days battling cancer, making Life Itself a moving portrayal of person gracefully accepting their mortality. Two thumbs way up to this tribute.
When: Opens July 4 in theaters and on VOD
Where: various theaters (check the film’s website)

A Hard Day’s Night
To some extent, every movie is a documentary, and Richard Lester’s A Hard Day’s Night captures the Beatles during their 1963 and ’64 rise to superstardom. That’s enough to make it a special work. So it’s icing on the cake that the fun, slightly absurd day-in-the-life backstage comedy is exceptionally stylish and well made. Released for its 50th anniversary, this document of Beatlemania remains one of the best representations of unabashed and irreverent youthfulness ever committed to film. (Oh, and the songs aren’t half bad.)
When: July 3-10, various showtimes (the first showing is the opening night party for the Don’t Knock the Rock festival)
Where: Cinefamily, 611 N. Fairfax Avenue, Mid-City