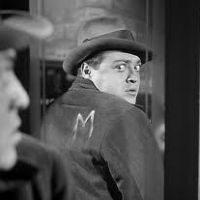 Opening: Tom Cruise in Edge of Tomorrow and an adaptation of hugely popular YA novel The Fault in Our Stars. While they look promising, consider these picks.

Obvious Child
Jenny Slate plays Donna, an articulate, foul-mouthed stand-up comedian whose life is in shambles due to general slacker-ism. Things only get more complicated when she becomes pregnant from a one-night stand and chooses to have an abortion. What could’ve been too heavy is actually a sharp and humane romantic comedy that approaches a hot button issue in an unconventional way. Slate gives a breakout performance and writer/director Gillian Robespierre now ranks along side Lena Dunham (Girls) and Lake Bell (In a World…) as a creator of smart, heroine-centric indie comedies.
When: opens June 6, various showtimes (Robespierre, Slate, and producer Elisabeth Holm will be on hand at the Saturday, 5:40 p.m. screening)
Where: The Landmark, 10850 Pico Blvd., West L.A.

M/The Testament of Dr. Mabuse
“Fritz Lang’s cinema is the cinema of nightmares,” wrote Andrew Sarris. So, in collaboration with the Goethe-Institut Los Angeles, the American Cinematheque will present a short series that demonstrates how compelling those nightmares can be. The highlight is a double feature of Lang’s first masterful sound films. M stars Peter Lorre as a child murderer who’s hunted in a claustrophobic city. Testament, a sequel to 1922’s Dr. Mabuse, forewarned against Nazism (and lead to Lang’s exile from Germany). Both are top-notch, labyrinthine thrillers whose influence can still be felt in the work of David Fincher and Christopher Nolan.
When: Saturday, June 7, 7:30 p.m.
Where: Aero Theatre, 1328 Montana Ave., Santa Monica