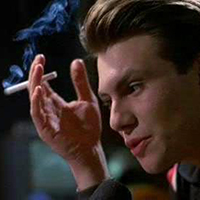 Opening this week: Jersey Boys. If you’re not sure about Clint Eastwood retelling the story of Frankie Valli and the Four Seasons, see these instead.

Coherence
A group of Angelenos get together for a dinner party. A strange comet passes by Earth. Eerie things that might have something to do with quantum mechanics coincide and the party members start to question the nature of their reality. A nifty sci-fi chamber piece that features good ensemble acting and some deft cinematography and editing, James Ward Byrkit’s Coherence plays likes The Twilight Zone as directed by John Cassavetes. It’s also a puzzler in the vein of Memento or Primer with a climactic event straight out of a psychological horror film.
When: opens Friday, June 20, various times
Where: Los Feliz 3, 1822 N. Vermont Ave., Los Feliz

Pump Up the Volume
Christian Slater playing a suburban teenage shock-jock seems silly in an Oliver-Stone-meets-Tiger-Beat way. But Pump up the Volume is a potent piece of social commentary from the early ’90s that addresses institutional failure and the disenfranchisement of youth. Writer and director Allan Moyle is a Baby Boomer who transferred his own adolescent experiences into a story about a Gen X teenager using media as a method of protest. So it’s also a movie about intergenerational responsibility, a subject that still resonates. The underrated film will be shown in an archival 35mm print with Moyle in attendance.
When: Saturday, June 20, 11:59 pm (midnight)
Where: Cinefamily, 611 N. Fairfax Avenue, Mid-City