Home Film Counter Programming: A Movie About a Big Headed Rock Star and a... 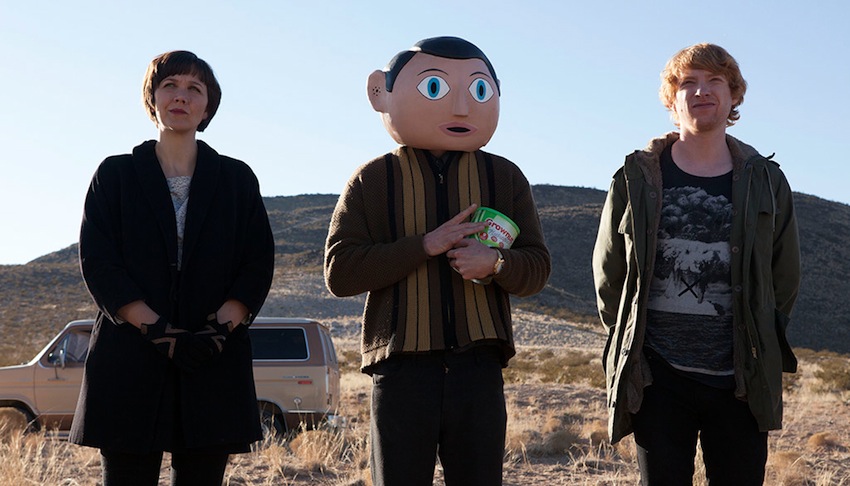 Opening this week: Sin City: A Dame to Kill For and If I Stay. And now for something completely different…

Frank
Wannabe Irish musician Jon (Domhnall Gleeson) finds himself recruited by a too-weird art-pop band led by Frank (Michael Fassbender), a man who always wears a fake, cartoonish head. What starts as a story about not fitting in with the other misfits becomes a dark comedy about creativity, mental illness, and popularity. Inspired by journalist’s Jon Ronson’s experience in Frank Sidebottom’s (Chris Sievy’s) band, the unique Frank features strong performances and has the potential to become apart of the cult film canon.
When: opens Friday, August 22, various times
Where: Nuart Theatre, 11272 Santa Monica Blvd., West L.A.

Pickup on South Street/White Dog
Samuel Fuller’s films hit you over the head with their messages but you might be too bowled over to care. Coinciding with the release of Fuller’s posthumous novel Brainquake, this double-bill offers great examples of his socially conscious modus operandi. Controversial in its day because it portrayed both Commies and feds as dishonorable, 1953’s Pickup on South Street stars Richard Widmark as a pickpocket who’s pursued after lifting top-secret microfilm. WhiteDog features a heartbreaking performance from Paul Winfield as an animal trainer who tries to recondition a dog trained to attack black people.  Incisively pulpy, these films are among the director’s best.
When: Friday, August 22, 7:30 p.m.
Where: Egyptian Theatre, 6712 Hollywood Blvd., Hollywood