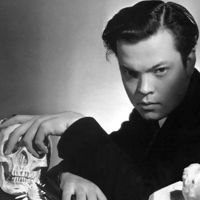 Opening: The Amazing Spider-Man 2 and Walk of Shame. If you need something other than a superhero flick or a sex comedy, check out these picks.

Too Much Johnson
To commence a retrospective of Orson Welles’s films, the Academy of Motion Picture Arts and Sciences will host the L.A. premiere of Too Much Johnson, an unfinished Welles film that predates Citizen Kane by three years. Considered lost but recently recovered by George Eastman House, Johnson is a silent film pastiche that was intended to be a component of a stage production of William Gillette’s play. According to Richard Brody of The New Yorker, “it’s a major rediscovery, one that deeply traces the roots of Welles’s art, both stylistically and thematically.” Not to be missed.
When: Saturday, May 3, 7:30 p.m.
Where: Bing Theater at LACMA, 5905 Wilshire Blvd, Miracle Mile

Ida
Before taking her vows in 1960s Poland, orphan Anna (Agata Trezbuchowska) reunites with her world-weary aunt Wanda (Agneta Kulesza) to learn that her parents were Jewish and murdered during the Nazi occupation. What follows is a journey to recover her family’s remains. While this black-and-white film sounds too somber on paper, it’s actually an exquisite, concise, and flawless work of storytelling. It’s a character study, a road movie, a coming-of-age story, and a tale about people who are engulfed by historical forces. Or, simply, Ida is a small film that contains so much. Highly recommended.
When: opens Friday, May 2, various times
Where: Laemmle Royal, 11523 Santa Monica Blvd, West L.A.