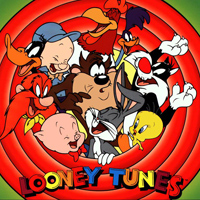 Opening This Week: If Transcendence, which stars Johnny Depp as a crazed computer mind, sounds brainless, check out these picks.

Stripes/Groundhog Day
Last February comedy genius Harold Ramis passed away. In tribute, the New Beverly Cinema will show two comedies that Ramis was instrumental in bringing to the screen. Stripes, a story about two hipster slobs who join the army, is less a great movie than it is an assemblage of great moments. Groundhog Day, as Steve Erickson recently pointed out, is a great movie that only becomes more profound as years go by. Both films demonstrate the breadth and depth of Ramis’s talent.
When: April 20-21, various showtimes. (Check website.)
Where: New Beverly Cinema, 7165 Beverly Blvd., Mid-City.

Bugs Bunny Cartoon Classics
Nothing is certain but death and taxes, as the aphorism goes. If we may be so bold, here’s another certainty: the Looney Tunes and Merry Melodies cartoon shorts are still funny. Likewise, Bugs Bunny is one of the greatest comedy characters ever. This Easter event, which includes an Easter Egg Hunt for kids, will confirm our claims, especially to any youngster who hasn’t seen any classic WB cartoons.
When: April 20 at 4 p.m.
Where: Aero Theatre, 1328 Montana Ave., Santa Monica.