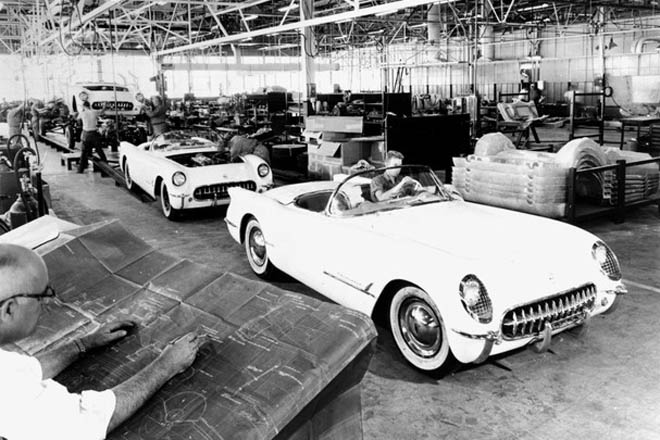 From the moment the first Corvette hit the road in 1953, its sleek design and raw power inspired auto lust. This month the Petersen Automotive Museum celebrates the car’s 60th anniversary with an exhibition of 20 historic models, including the original EX122 concept car and a car show on Saturday (March 2) in which buffs will pack the museum’s garage with 500 vehicles of their own. “The Corvette is really the first American sports car,” says Bruce Meyer, the Petersen’s founding chairman. “As an American and a passionate enthusiast, you’re always rooting for the home team.”