Home Outdoors Gardens and Green Spaces The Once-a-Decade Corpse Flower Is About to Bloom, Because Nature Is Gross... 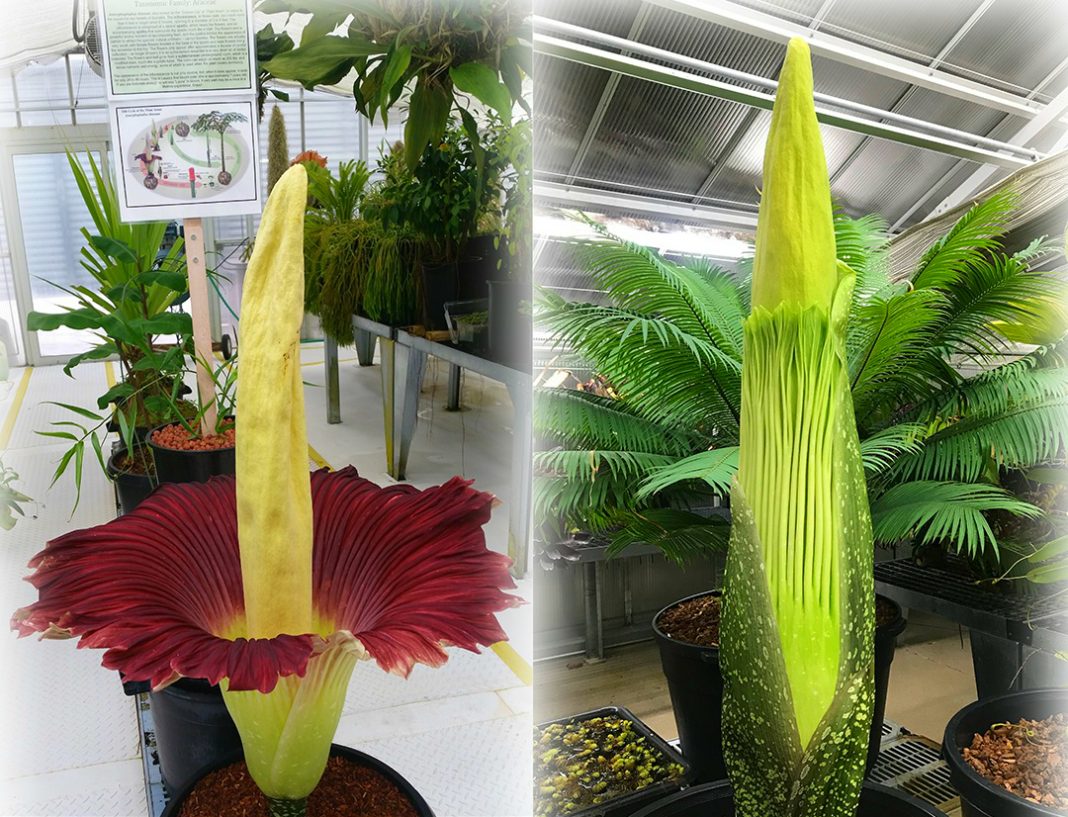 Nature is crazy. Witness, for example, the giant corpse lily. The humungous flower–six feet tall with a blossom four feet across–opens for just 24 hours, once every five to ten years. For a specimen of the rare species at Cal State Long Beach’s College of Natural Science, that special day is expected to come tomorrow. And when it does, well, you might want to hold your nose.

Corpse lilies get their name from the scent that emerges from the flower, which is a knock-you-back punch of putrid dead meat. It’s also is a more polite descriptor than the scientific name of the plant, Amorphophallus titanum, which is Latin for “giant misshapen phallus.” (Around the CSULB science department, the plant is known as Phil.)

CSULB has two of the flowers, both acquired from their native Sumatra in 2009. The first to bloom (that one is named Laura) opened in 2015. This will be the first blossom for Phil.

If you are up for a stinky expedition, the the lily is now on public display, from 9 am to 4 p.m. daily in a corridor between the Hall of Science and Molecular and Life Sciences Buildings at CSULB (1250 Bellflower Blvd, Long Beach).

RELATED: These Japanese Gardens Are Like Living Art Installations

Kitschy ’70s L.A. Plant Culture Is Coming Back to Life