Home Business All The Soul-Sucking Corporate Phrases Everyone Loathes, Interpreted 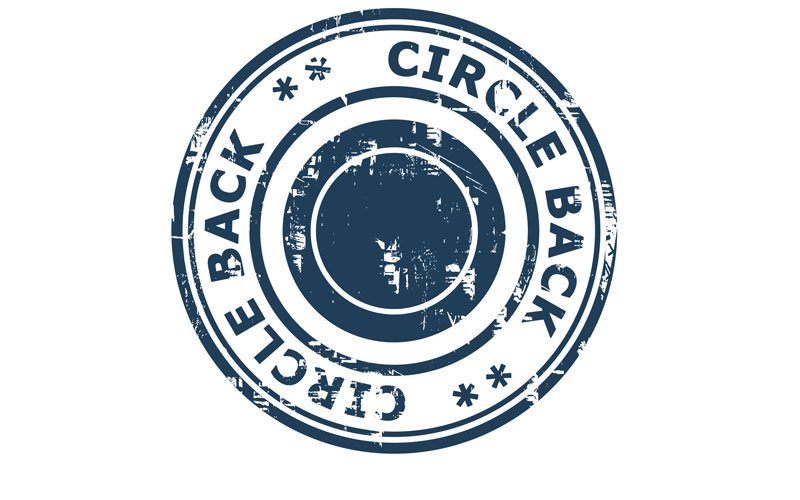 Corporate jargon is a blessing and a curse. A curse because it fails to ignite even a shred of our own humanity as we shuffle through our work days, trying to communicate and connect with other human beings during our staggeringly short time on earth. A blessing because when you hear words like “synergy” and “disrupt” during a meeting you know it’s safe to turn off your brain and think about House Hunters.

Let’s take this offline
A stunningly passive-aggressive way of saying, “I don’t want to talk about this anymore, bye.” The masterstroke is in using the word “offline” – a genius invocation of the Internet, likening the speaker’s point to the awesome magnificence of the greatest invention of our time. But also, like, shut up.

Back of the napkin
A buffer word that denotes a lack of confidence in the speaker. It is often employed when someone is working out an idea aloud and feels vulnerable at the exact moment when they should actually own what they’re saying like a boss. So they preface their idea with “This is just back of the napkin” to divorce themselves from accountability.

Reach out
Mainly involves picking up a telephone. Or like, writing an email. Cuz what else is there? But if we use this phrase, it sounds almost fancy, and like we have power. Do we have any power? DO WE??????

Wear a lot of hats
You should be doing your job, and the job of three more people, plus maybe a part-time intern — like at a startup! — so I’m going to make it sound like overworking you is a neat career opportunity because isn’t it exciting that you get to do so much stuff at your age?

Let’s circle back
So, this one is tricky. This really is just saying to someone that we should address this topic later on. So technically it’s saying what its meaning is. Why is this so crushing? Maybe because it so instantly rolls off the tongue. It’s used so quickly. Hey, maybe I want to get into it right then and there and I should feel like I can, instead of being thoroughly dismissed, because ideas and thoughts and inspiration come when they come, so don’t tell me to siphon off my creativity, and clip my wings and undermine me automatically and assume you’ll always have a better idea because I HAVE VALUE TOO, DAD.

I’m just gonna go ahead and…
Oh? You’re just going to go ahead and do that thing? How about you just do that thing? Why must you give everyone a primer on how you will do it? We all know why. Because you’re softening the idea of asserting yourself and admitting any vulnerability, you sweet, crippled little starling.

It is what it is
Dumb. Just, I’m dumb. I’m a person, and I’m dumb. This says and means nothing and adds nothing to anything and it’s bad and awful and sad and dumb, and it’s dumb.

Scalable
To increase profits using the exact same amount of people, only instead of paying them more we will send that money to a software company!

What are our learnings?
I want to hear you say with your own mouth all of the ways that you utterly fucked up. We’ll call them our learnings. But they’re your learnings. Lesson is the more appropriate word, but lessons sounds way harsh, Tai.

Come to Jesus
This is the DEFCON-1 of learnings. And we have to talk about it. But rather than just say “this was a HUGE screw-up” we are going to drag the Lord into this mess.

Core competency
Almost always describes a responsibility someone is not good at, often placed within a compliment sandwich. “Bill is punctual, but selling our products is not one of his core competencies. He often brings a healthy lunch to work, though.” You did an awful job! Just connect with the person you’re talking to and say that!

Empower
Used to trick junior employees into adding menial tasks to their workload. You are hereby empowered to take the staff lunch order every day. (OMG, are there places that still have people to do this? Because that would be heaven.)

Brainstorming session
An exercise in which employees gather in a room and share ideas before ultimately agreeing on the first suggestion made by the most senior manager in attendance. One slight way to make this exercise funner for people: call it Brainstorming Sesh.

Buy-in
We have zeeeeeero interest in your actual opinion. What we need here is just the illusion of compliance, by any means possible. The masters of getting buy-in do it in such a way that convinces the buyer-inner that it’s actually THEIR IDEA.

Don’t overthink it
Whoa there, fellow coworker. I don’t have a kind way of telling you this is a terrible idea, so I’m going to make it sound like you thought too hard about your terrible idea to cushion the blow of me saying no.

Let’s hop on a call
Cute animal verbs are actually fine. Anything to alleviate the devastating boredom of dat corporate life.

Unpack this
It’s not that “let’s talk about it” is so direct that it might lead people to actually speak their minds. “Unpack this” comes from the jargon tradition of making an everyday activity sound more important than it is by equating it with a physical action. This is done in a subconscious effort to make one’s participation in the activity seem more necessary than it really is.

Robust
A “robust” campaign features an influencer tweet, Vine, and Instagram. You can sort of make up the rest. Oh, it also just sort of means “good.”

30,000-foot view
Usually an exec that isn’t really involved in any daily activities freaks out and realizes he has no clue what actually “happens” in the “company” he “works for.” So this is a palatable way of being like: WHAT DO YOU GUYS DO ALL DAY? WHO ARE WE? WHAT DO WE MAKE/SELL/BUY??

Disrupt
Rule of thumb for this one – if this word appears anywhere near the marketing strategy for your app, it’s almost a guarantee it will run your VC investors dry with no return within 18 months, max. Did Steve Jobs run around talking about how he was going to “disrupt” everything with the Apple I? I mean, probably, but you get it.

Hard stop
I have to leave this meeting at this exact time so I can slink back to my desk and watch more episodes of Documentary Now because Bill Hader and Fred Armisen are really becoming the Laurel and Hardy of our day.

Lots of moving parts
A positive way of saying that a project is going to rely on a lot of super unreliable people who will make a shit-ton of incredibly idiotic mistakes that you are already getting mad about, and to mask that river of anger, you’re sticking to the script. Just stick to the script.

Joe Donatelli recently wrote If I Die in This Whole Foods Parking Lot: A Letter to My Family.