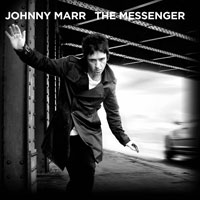 As a founding member of the Greatest Living British Rock Band That’s Least Likely to Reform, Johnny Marr is a guitar deity. (Music rag NME made it official earlier this year by giving him its Godlike Genius award.) Since The Smiths split in the late 1980s, Marr and his Rickenbacker 330 (or maybe his Fender Jaguar) have collaborated with and played on tracks for an impressive roster of rockers: Pet Shop Boys, Billy Bragg, Talking Heads, Beck, and Oasis. He quit smoking, moved to Portland, and became a full-fledged member of Modest Mouse (not necessarily in that order). In 2012, Marr released a solow album, The Messenger, and he’ll be in Los Angeles performing at the Fonda Theatre this Saturday (November 2).

Want to win the two pairs of tickets we’ll be giving away?
Enter here before October 31 at midnight.