Home Uncategorized A Complete Timeline of the Greek Theatre Controversy 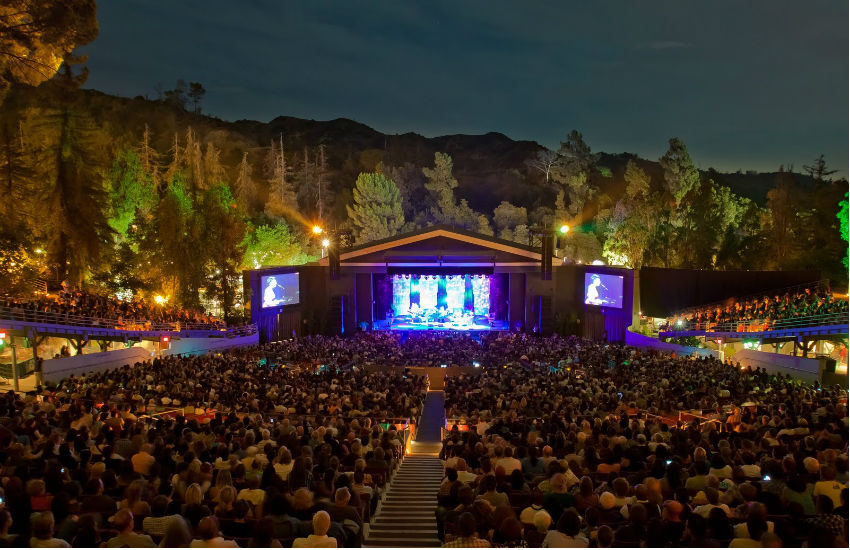 For months now, the future management of the iconic Greek Theatre in Los Feliz has been fought over by Nederlander/AEG, its current operator, and Live Nation, who is eager to take over. Most recently the city itself has been suggested as the future operator of the venue. The Recreation and Parks commissioners are expected to meet and discuss the subject later today. For those not in the loop, we’ve put together a comprehensive timeline of the fight for the Greek Theatre, so you can impress your next date at the Greek with some up-to-date facts about the dispute.

1931:
As part of Griffith J. Griffith’s last will and testament, Griffith Park is determined to become the site of a Greek theater. The theater opens its doors to the public in June of 1931.

October 23, 2014:
The Nederlander Organization (now aligned with entertainment giant AEG) loses its bid to retain management of the theater for the next decade by unanimous vote. The Recreation and Parks commissioners, acting on advice from independent consulting firm Strategic Advisory Group, green light negotiations with Beverly Hills-based concert promoter Live Nation over the future management of the Greek.

Both sides launch a public fight over the issue. Live Nation claims it is willing to spend more resources on updating the old venue. Nederlander/AEG claims that Live Nation will only guarantee the city $60 million over two decades, whereas Nederlander/AEG promises $77 million.

The #wearethegreek campaign launches in favor of letting Nederlander/AEG remain at the helm. Its proponents worry that Live Nation would increase capacity at the theater to an extent that events will become a nuisance to the surrounding neighborhoods. Live Nation, in turn, accuses Nederlander/AEG of launching a campaign of misinformation.

February 11, 2015:
Following public protest, the L.A. City Council reviews the case and votes against handing over management of the Greek to Live Nation. The City Council acknowledges that the decision cannot overturn the one made by Recreation and Parks in October, and therefore sends the case back to the department demanding they start the process over again. According to the #wearethegreek campaign, 30,000 Angelenos have signed a petition in favor of Nederlander/AEG.

March, 2015:
Amidst legal threats from both sides of the conflict, the Recreation and Parks Department proposes that instead of external management, the city of L.A. itself takes over operation of the Greek Theatre. Citing the so-called “open venue” model employed by the City of Denver, among others, Recreation and Parks believe this to be a viable, profitable solution. External promoters can lease the venue from the city on an event-by-event basis.

March 4, 2015:
The Recreation and Parks commissioners meets to discuss the future management of the Greek Theatre and whether or not management by the city is a viable option. Nederlander/AEG’s contract expires this coming fall.

April 14, 2015:
The L.A. Department of Recreation and Parks declares a so-called “intent to Self-Operate” starting some point next year. Today, Nederlander Concerts CEO Alex Hodges released the following statement as part of its response:

“Nederlander is disappointed that the Board of Recreation and Parks has accepted the recommendation to self-operate the Greek Theatre.  Nederlander has successfully operated the iconic Greek Theatre for four decades, with a proven track record of ensuring the safety and well-being of our fans, community and the City. If this plan is to be implemented, it would require several more steps by the Department. We urge the Department to reconsider today’s action.”