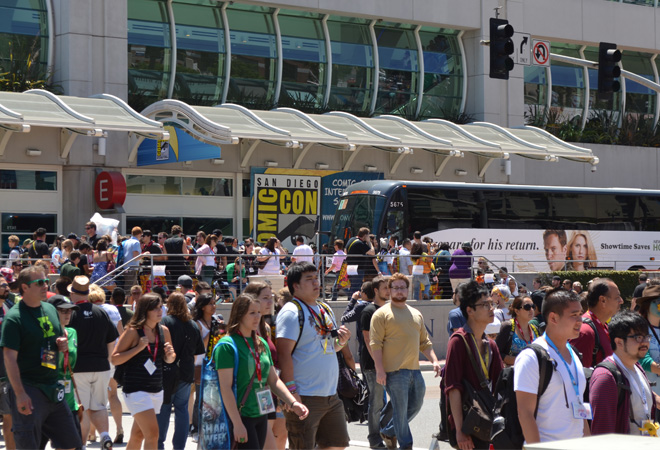 Amid dwindling optimism that the pop culture con of all cons might be salvaged this July, comic book fans’ and cosplayers’ hopes were officially dashed Friday with the announcement that San Diego Comic-Con 2020 will not happen. It is the first cancellation in the event’s five-decade history.

Comic-Com said in a statement that the event, which was scheduled to kick off on July 23 for a four-day frenzy of movie and TV megapanels, sneak previews, and a downtown teeming with costumed characters, will return to the San Diego Convention Center from July 22 through 25, 2021.

“Recognizing that countless attendees save and plan for its conventions each year, and how many exhibitors and stakeholders rely upon its events for a major portion of their livelihood, they had hoped to delay this decision in anticipation that COVID-19 concerns might lessen by summer,” the statement reads. “Continuous monitoring of health advisories and recent statements by the Governor of California have made it clear that it would not be safe to move forward with plans for this year.”

People who purchased badges can choose a refund or a rain check to next year’s festivities, and deposits will be returned to anyone who booked accommodations through Comic-Con hotel affiliate onPeak.

WonderCon Anaheim, which was supposed to have taken place April 10 through 12, was also scrapped. It is scheduled to return to the Anaheim Convention Center on March 26 through 28, 2021, organizers said.

The loss of SDCC means an enormous financial hit to the city, which reportedly takes in around $88 million from an estimated 130,000 attendees each year.

While none of the main-event panels had been announced, the con had already confirmed special guests such as author and The Guild creator Felicia Day, Giant Days creator John Allison, and Batgirl writer Cecil Castellucci.

On Twitter on Friday, Castellucci lamented the cancelation, saying, “I knew this was coming and I think it’s right, but I’m going to let my heart break a little today.”

I knew this must be coming and I think it’s right, but I’m going to allow my heart to break a little today since I was so excited to be an official special guest. Something that had been on my dream career bucket list since I started in comics 13 years ago. #SDCC #comiccon https://t.co/K3egMKveyj

Comic-Con hasn’t announced any plan for a virtual incarnation, and for the moment the organization appears to be focusing on the next IRL event.

“Extraordinary times require extraordinary measures, and while we are saddened to take this action, we know it is the right decision,” Comic-Con spokesman David Glanzer says in the statement. “We eagerly look forward to the time when we can all meet again and share in the community we all love and enjoy.”