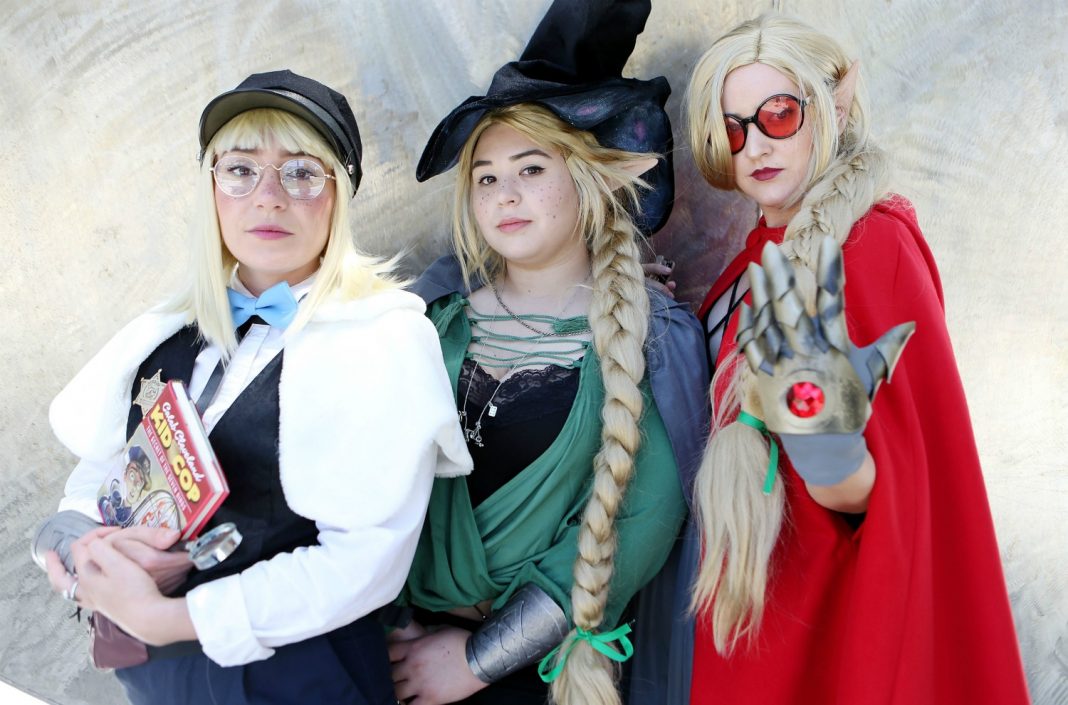 Every year, Comic-Con seems more and more like it’s reaching a critical mass in terms of female representation. This year, the geek girl was ascendant.

Hall H, the con’s largest room, featured seven women-led movies and TV shows: Doctor Who, Assassination Nation, Star Trek: Discovery, Halloween, Bumblebee, Wonder Woman 1984, and Godzilla, as well as Entertainment Weekly’s annual “Women Who Kick Ass” panel. There were also plenty of movies and shows co-led by women on the biggest stage, including The Predator, Fear the Walking Dead, Glass, and Preacher. There were several woman-centric panels too, like “The Future of Film is Female,” “Moms and Motherhood in Comics,” “Pop Culture Witches,” and “Women Changing the Game.”

It may or may not have been intentional, but this year’s programming felt like an effort to respond to the toxicity that can run rampant in nerd spaces. Gamergate and the backlash to the reboot of Ghostbusters predate our current political landscape, but the geek community’s harassment of women, particularly online, is still an issue. Two women who star in the Star Wars franchise, Kelly Marie Tran and Daisy Ridley, deleted their social media accounts in response to online harassment. On Saturday, a group of fans cosplaying as Tran’s character from Star Wars hosted a Rally for Rose, to fight hate with love.

A welcome side effect of putting the focus on so many different women and female characters has been an explosion in more diverse representations of women. Women on screen no longer have to be monolithic symbols of goodness—they can have flaws and vulnerabilities that make them more interesting and relatable.

The overwhelming feeling seemed to be that representation is important. “I think that the fan reaction is the most emotional part,” Jodie Whitaker said of becoming the first woman to play the Doctor on Doctor Who.

“If you see an un-self-conscious, wonderful little girl seeing something for the first time and being delighted by it, and then she’s sharing it online… We want to inspire, but we also want to go, ‘Look, little guys, you can look up to women, we’re alright, we’re not that scary! We can do all the same things, and sometimes a bit more!’”

Stenberg added, “I think it creates empathy. We as people, and women of color, have to, over and over again, learn how to cross-identify with people we don’t like, and that instills in us a sense of empathy for the world, and white males don’t have to do that nearly as often.”

Deb Harkness, whose book (and now TV series) A Discovery of Witches, is centered around a woman in her 30s, noticed another segment of the population that was underrepresented in popular media. She said, “It seems to me that there’s a lot of movies about women in their 20s, and there are a lot of movies about women having nervous breakdowns in their 40s and 50s, and there’s very little about women in the middle part, in their 30s, who… maybe don’t have a total midlife crisis at 45 where their whole life comes apart. For me, I was like, let’s focus [on that]—I loved being in my 30s! You have the sense that you know something, but you have a long time to look forward to ahead, and I thought, ‘Why don’t we explore that more?’”

The geek community—and Hollywood in general—has a long way to go to be representative of trans and non-binary people, but strides are being made. It was announced this year that Nicole Mains, a trans actress, will play the first trans superhero on Supergirl. And Assassination Nation features trans actress Hari Nef playing a trans character.

This year, more than in previous years, there seemed to be a wider acknowledgement that intersectionality is important. Tomi Adeyemi, who wrote Children of Blood and Bone, a hit fantasy novel about black characters said, “I’ve always loved these big adventures, but the thing is, when you’re a kid, you don’t always realize you’re being erased.”

She added, “I don’t just need to do this for myself, I need to do this for other people, because on one hand, there’s little kids like me, who need to see themselves, so they don’t spend 10 years erasing themselves from their own fantasies and imaginations. On the other hand, there’s a lot of people who need to see this, so the idea of a black person having an adventure, or being in a story like this, isn’t [unusual].”