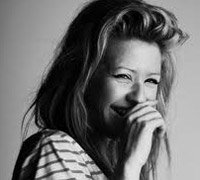 If you’re heading into the Indio desert this weekend, telling you to remember to catch headliners Kanye West, Arcade Fire, or The Black Keys live would be kind of like writing a health article titled “Remember to Eat and Breathe.” So in the spirit of not stating the obvious, we’ve taken the time to round up some of those other bands appearing at Coachella this year—you know, the ones you have to squint a little to find on the flier. Grab your spectacles and raise a plastic cup to…

Titus Andronicus
Lead by bearded ringmaster Patrick Stickles, New Jersey’s Titus Andronicus explodes tracks from their excellent 2010 release The Monitor on stage with blasting punk guitars and licks vaguely reminiscent of Bruce Springsteen, but dirtier. Live, they scream, but with a good bout of fragility. They are the perfect counterpoint to the night’s polished rock headliners Kings of Leon.

Tame Impala
Lauded early on by Ryan Adams (Jennifer Lopez, look him up), Tame Impala’s psychedelic-era British rock sounds like humming over static-filled radio waves. Actually hailing from Australia, this is woozy, trippy music perfect for swirling around a desert.

Cut Copy
Queue up the darting lights: this act from Australia, a Coachella band if ever there was one, takes a ride through ‘80s new wave and electropopers like Hot Chip and Junoir Boys and comes out the other side with their new album, Zonoscope, full of keenly constructed dance tunes. Kick off your shoes and pass the glowsticks.

The Rural Alberta Advantage
What’s in a name? This band’s actually from rural Alberta, Canada, and their songs are filled with that mixture of longing for something more and nostalgia for what could only be born in a small, very cold and remote place to live. We’re sure they’re happy to be someplace warm.

Tallest Man on Earth
There’s always a New Dylan, and Kristian Matsson’s fits the bill with his wistful, raw, and raspy folksongs that have a bit of Swedish quirk. Perhaps the New Damien Rice might be a more accurate moniker, but either way, he’ll trip the desert acoustic.

The Felice Brothers
Like the Tallest Man on Earth, The Felice Brothers offer a folk-infused break to remind you that Coachella is a festival in the grand American tradition, not just a soundtrack for a party. This New York band fiddles and accordion-hoots about whiskey, girls, and guns. It’s derivative alright, but it’ll feel good in the grass.

Big Audio Dynamite
Though he’s now more likely to be wearing a suit and pocket square than a leather motorcycle jacket and a cigarette-pout, any chance to catch Mick Jones, the former lead guitarist of The Clash, is worth pushing your way through a crowd of people. Secretly hoping he’ll burst into “Rock the Casbah” riffs? You never know.

Foals
If you need a Brit-rock fix, please skip MTV suckups Two Door Cinema Club and check out Foals, an English band signed to Seattle’s legendary Subpop records. Lounge out on a blanket and nod along to their sometimes complex, slightly atmospheric rock.

Lightning Bolt
This group’s unpredictable, and that’s half the fun. Known for their somewhat insane live show where they often forgo the stage altogether, Lightning Bolt is worth seeing even if you can’t warm up to their loud, riotous sound. But heed this warning: If your Coachella sandals aren’t mosh pit-appropriate, approach with caution.

Wiz Kalifa
This Pittsburg MC created a stir (63 million YouTube views) with the video for his single “Black and Yellow,” which was adopted by the Steelers as their Superbowl soundtrack. The football team may have lost, but Wiz Kalifa’s winning on the charts with a style that’s more Snoop than Kanye and driven by a love of the green (the kind you roll, mostly, but also the kind you spend).

Best Coast
How could we omit Best Coast? This is California after all, and front woman Bethany Cosentino is the quintessential Coachella girl with her twinkly garage rock and love for the West. Girls (and some guys) will wave a tattooed arm when she chants “I wish he was my boyfriend.”

Elli Goulding
Britain’s hottest export since Adele, Goulding is still relatively under-the-radar this side of the pond, so this is a good chance to see if the singer-songwriter lives up to the hype from the likes of Katy Perry and Elton John, whose ballad “Your Song” Goulding covered to big success in the UK.

Can’t make it to Coachella this year?
Self-dubbed as the world’s first indie-rock tribute act, Black Crystal Wolf Kids are playing a tribute to Coachella on April 18 at the House of Blues for those who were shut out of tickets or just don’t want to brave the traffic. They’ll play two sets comprised of the biggest hits from both this and last year’s festival acts, and have been known to cover the likes of Cold War Kids, MGMT and Wilco, too. Bonus: no porta potties!