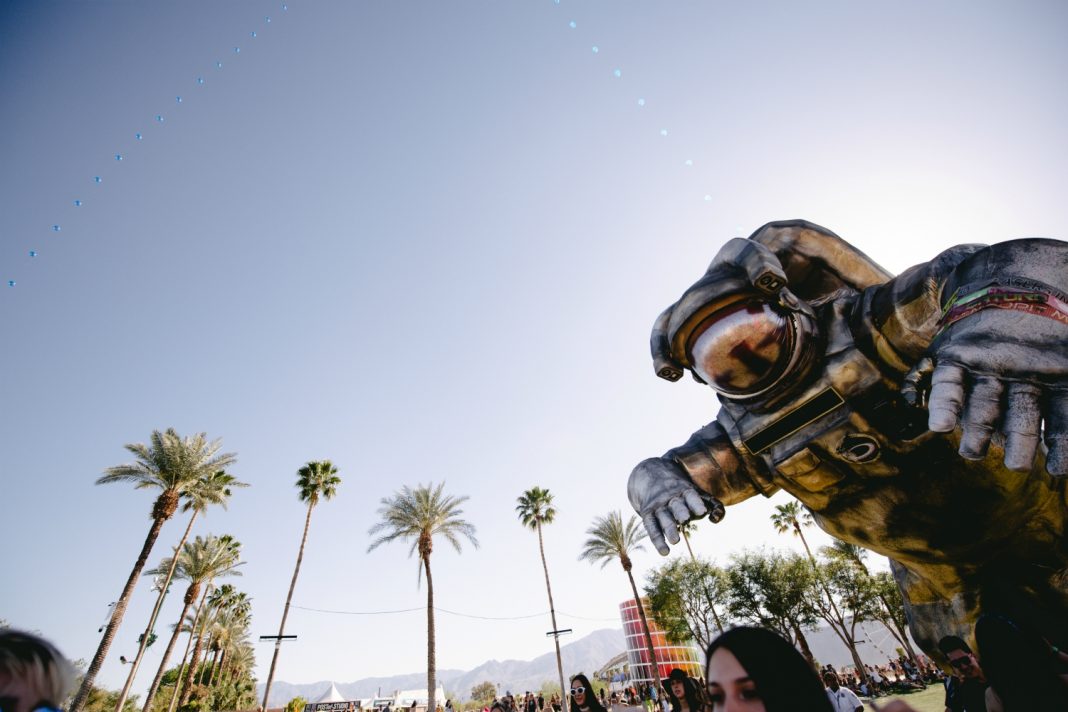 Coachella weekend one drew to a close last night, following three days of live music, bare butt cheeks, and weird ’90s cameos. If you missed the fest and the weekend news cycle, here’s a crash course in the news out of Indio.

Childish Gambino surprised people with free shoes via AirDrop. Donald Glover, aka Childish Gambino, dropped all sorts of stuff on Saturday. After his Coachella set, Guava Island—a 50-minute film he made co-starring Rihanna—hit Amazon Prime. The actor-rapper also used AirDrop to give away pairs of his new sneakers, a collab with Adidas, to random festival attendees.

People who accepted the free shoes apparently had to sign a contract agreeing to wear them not only to Childish Gambino’s set but for the entirety of the weekend. No word on whether the contract was being enforced or any shoe confiscations took place resulting from a breach.

Idris Elba’s DJ set was apparently pretty great. Idris Elba, reigning Sexiest Man Alive, solidified his standing as fest season’s ultimate zaddy with a two-hour DJ set that drew a crowd of extremely enthusiastic and much younger people. A random DJ interviewed by Vulture said, “He’s badass!…This place has been a lot of drum ’n’ bass today but Idris is bringing an energy.”

A fire broke out in the showers at the campsite. Hey, weekend two festgoers: If you’re going to do a J in the shower trailers in the middle of the night, be like 100 times more careful. According to CAL Fire, a conflagration was reported at around 2 a.m. on Saturday. One trailer was damaged and another was completely destroyed but no one was injured.

Weezer brought out Chilli from TLC and Tears for Fears. Weezer’s most recent contribution to popular culture was a pretty on-the-nose cover of Toto’s “Africa” that played on Los Angeles radio every 15 or so minutes for several months. At Coachella, the band embraced its tribute-act second phase by bringing out Chilli from TLC for a cover of “No Scrubs,” and Roland Orzabal and Curt Smith of Tears for Fears for a cover of “Everybody Wants to Rule the World.” Nostalgia is huge right now (and always). According to a setlist posted online, they neglected to play anything from Pinkerton, even though it’s still one of the best albums of all time.

Grande brought out JC Chasez, Joey Fatone, Chris Kirkpatrick, and Lance bass for “Break Up With Your Girlfriend, I’m Bored,” which features an *NSYNC sample, then launched into the bygone hit “Tearin’ Up My Heart.” The set also featured cameos from fellow ’90s-famous people Diddy and Mase, and more recent famous person Nicki Minaj.

RELATED: Things You Definitely Need to Have Delivered to an Amazon Locker at Coachella