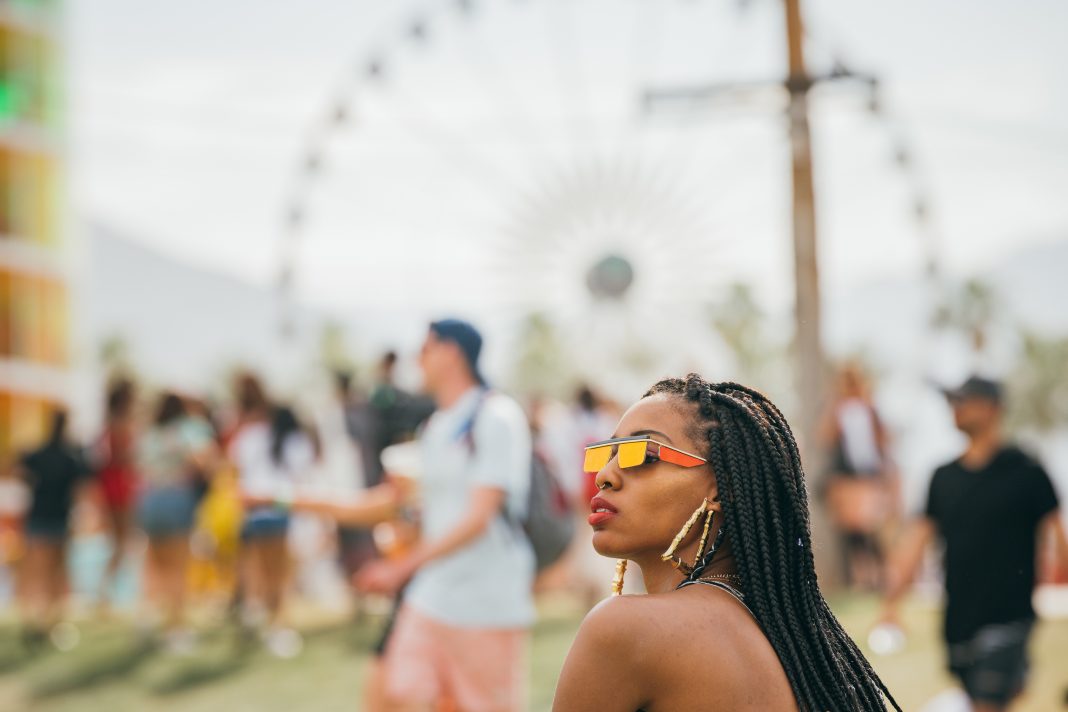 Each year, the Coachella music festival draws tens of thousands of music fans out to the desert–among them people who might not have the best intentions in a crowded, loud, distracting environment. As the director of equity, safety, and inclusion for Coachella, Veline Mojarro is overseeing a new program that will debut at this month’s fest to combat harassment and create safe spaces for those who need them.

Mojarro entered the job at a very visible moment for festival safety and inclusion. After last year’s event, a widely shared Teen Vogue article alleged extensive groping and harassment of female attendees by other concert-goers. Separately, two trans siblings brought a complaint against Coachella’s organizers, stating that they were denied access to appropriate restrooms by employees working at the venue.

“Sexual harassment, racism, homophobia, transphobia, xenophobia, you name it, I’ve heard it,” Mojarro says of the negative experiences past Coachella-goers have reported. “These reports come as a shock to many, but as a brown, Latinx, female-identifying person, this is a well-known reality, and extends beyond festivals.”

To address these issues, Coachella will launch Every One at this year’s festivals. The program will work in collaboration with local law enforcement and the existing safety and medical teams to respond to concerns. The program includes dedicated tents where attendees can go to meet with trained counselors and support staff in a safe environment, and Every One Ambassadors who will rove through the crowds.

“On-site we will have our Every One tent that will serve as a safe space for a quiet moment away. Within the tent we’ll have resources including licensed therapists for anyone that would like extra support,” Mojarro says. “We will deploy trained Ambassadors throughout the festival grounds to support folks in need and immediately connect them to the appropriate services.”

The program has also changed how organizers train all the security, operations, and other event staff who interact with festival attendees. “We are rolling out larger staff trainings. Central to all of our trainings is a person-centered care approach and gender inclusivity,” she says, adding that “the all-gender bathrooms Coachella has had for several years will continue to be an option.”

Coachella and Goldenvoice worked with a number of recognized national and local organizations to develop and roll out the Every One initiative.

“We have been busy at work for a year working to make this a reality and to do better. This is the beginning of what we hope is a larger cultural shift,” Mojarro says. “Throughout this process we have been working with woman., a fierce consulting group that does safety work in the nightlife scene, to help curate the every one tent and Ambassador program. We also sought guidance from OurMusicMyBody, Planned Parenthood, Coachella Valley Sexual Assault Services, and Trans Community Project. Every One has been a community lift.”

While Every One is a step in the right direction, Mojarro ultimately envisions a world where programs like it will be less essential, because harassment will be prevented before it becomes a problem.

“These things do not only happen at large events or as the result of drugs and alcohol,” she says, “Preventing sexual harassment is a deeper conversation that goes beyond music festivals. Prevention starts with understanding consent and confronting how we uphold and support the systems, culture, and narratives that have allowed sexual harassment to happen.”