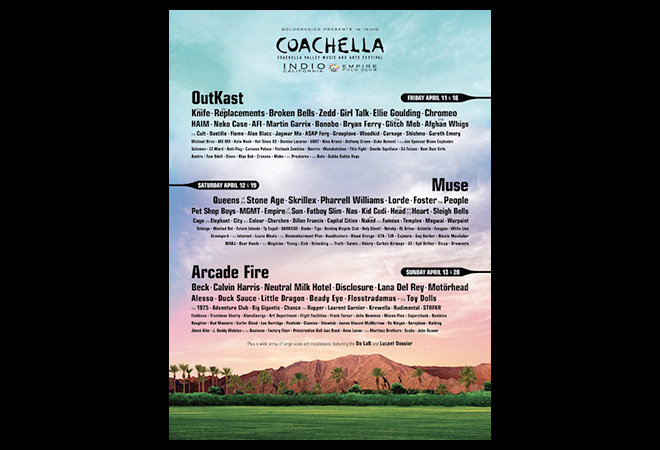 The lineup for Coachella 2014 was announced on Wednesday and tickets went on sale today. If you’re planning to drain your wallet, dollop on the sunblock, and head to the desert for three days of rocking your butt off, here are the bands and singers that should be on your itinerary.

The New Live Performance Series ‘With Love From L.A.’ Brings Local Indie Artists to the World

What Will Be Left of L.A.’s Music Scene After the Pandemic?