Home Sports A Fan Embraces the Unfathomable: The Clippers Are Title Contenders and the... 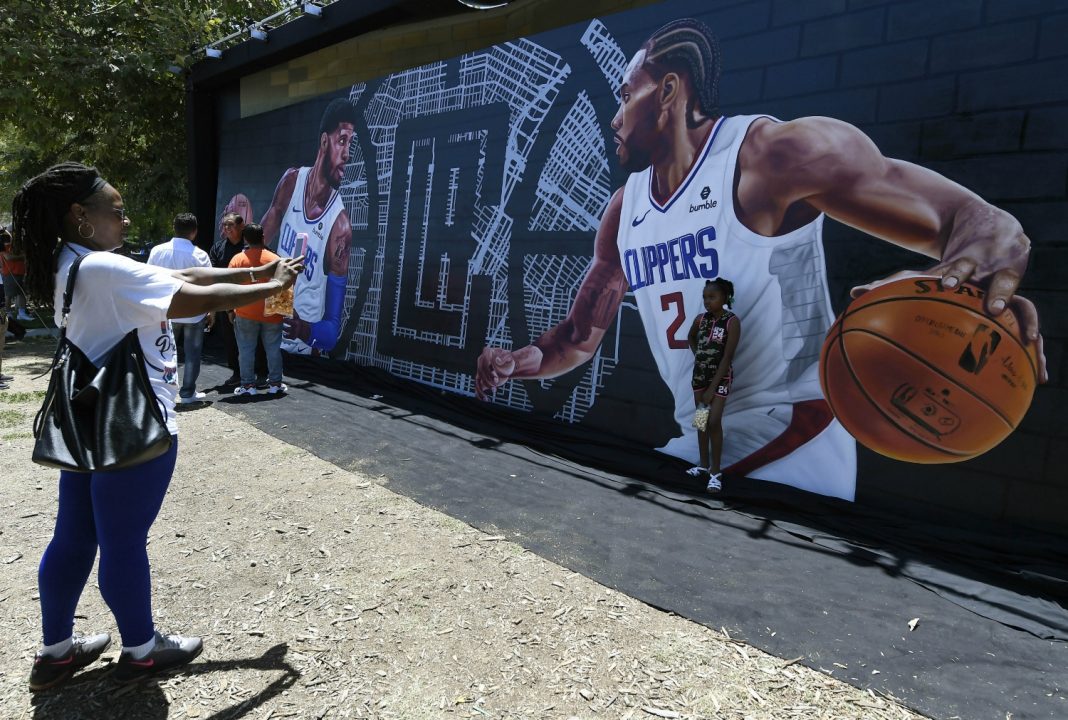 The professional basketball season tips off tonight, and as play begins, Clippers fans are feeling something unfamiliar: a belief that one of the most beleaguered franchises in professional sports is on the cusp of greatness.

The Clippers have been better than their far more gloried and storied Staples Center co-tenants for the past seven seasons, but now there’s something truly different afoot: legitimate title aspirations. It all begins this evening, with the Clippers and Lakers facing off in a designated Clippers home game.

In the NBA’s annual pre-season survey of team general managers, 46 percent picked the Clippers, aka L.A.’s other team, to win the title (11 percent selected the Lakers). ESPN’s league rankings as the season begins put the Clippers at number one (the Lakers stand in fifth). All eight of The New York Times’ basketball experts predicted the Clippers would advance out of the Western Conference and make the finals (half expect them to win it all).

The Battle for LA starts tonight! 💪

The Clippers have Kawhi Leonard, the super-duper-star who has already led the San Antonio Spurs and, last season, the Toronto Raptors to NBA championships, and who in the off-season skipped entreaties to stay in Toronto and to join the Lakers in favor of signing with the Clippers as a free agent. Stunningly, Leonard then Svengalied Paul George, another superstar, into orchestrating his exit from the Oklahoma City Thunder. A trade to the Clippers in July ensued, and now the duo joins one of the deepest rosters in the league.

For Clippers fans—I’m one of them, and have been for a long time—this sense of heady expectation is strange. It’s a feeling you both embrace and can’t quite believe, and 37 percent of your basketball core expects something terrible—an injury, a scandal, a lawnmower accident—to arise at any moment. If you’ve rooted for the Clippers for more than a few years, then you know every secret sub-clause of Murphy’s Law.

After more than a half-decade of abysmal play, Lakers fans also have reason to smile—they have the second greatest player in NBA history in LeBron James and a dazzling cohort in Anthony Davis (the roster also includes the well past-their-prime Rajon Rondo and Dwight Howard). The Lakers will be good—probably very good—this season.

But the Clippers are the best team in town.

I climbed aboard the Clippers bandwagon early in the 2000s, when said device was more like a rickety, square-wheeled cart being pulled behind a three-legged horse that might actually have been dead. I’ve watched, and paid for, a lot of really bad basketball over the years.

We Clippers fans get that Los Angeles is a Lakers town.

It’s weird to be a Clippers’ fan here. The Lakers have won 16 titles, which is 16 more than the Clippers. Moving to Los Angeles and coming to root for the Clippers over the Lakers is like being given a chance to see the original Star Wars on an IMAX screen while sitting on a throne, and choosing instead to watch Shakes the Clown on a computer with a dial-up modem.

We Clippers fans get that Los Angeles is a Lakers town. We know the team has a litany of superstars who need only one name—Wilt, Kareem, Magic, Shaq, Kobe, et al. The greatest Clipper never once put the ball in the basket—it’s Ralph Lawler, the play-by-play man who retired last spring after calling games for four decades.

My entree to Clipperdom came through my friend Mike, who had been catching games since the team played in the Sports Arena, where there were sometimes more rats under the seats than fans in them. A few years later I joined a group that shared season tickets.

Early on, having Clippers’ tickets was a great way to see the stars on the other team, and seats were far less expensive than Lakers games. Expectations were low and for good reason—in an 18-season span starting in 1993, the team won more games than it lost precisely one time.

Then there was Donald Sterling, and rooting for the squad when the unsavory figure owned the team required some sort of weird sports variation on Stockholm Syndrome. When his racist comments were recorded and released in 2014, everyone was appalled though few were surprised.

The Clippers are decidedly un-Hollywood, which has an appeal in a multifaceted L.A.

Over time, my familiarity bred fandom, and I came to see the Clippers as an alternative to the Lakers’ gloss, glitz, and braggadocio. The Clippers are decidedly un-Hollywood, which has an appeal in a multifaceted L.A.

The Clippers also now have a track record of success. They have made the playoffs in seven of the last eight seasons, while the Lakers have missed the postseason six consecutive times. Raise this fact and many Lakers fans will trot out the 16-titles boast. It’s cute to hear them live in the past.

Here’s another thing about many Clippers fans, myself included: We notice slights across the local media landscape. Regional sports-talk radio is overwhelmed by purple-and-gold homerism. In the L.A. Times’ Sunday NBA Preview pullout section, the big story on the Lakers started on page two—the Clippers’ article was relegated to page 12.

Yet on a franchise level, the sides have swapped. The Clippers have turned around since Steve Ballmer acquired the team after Sterling was forced to sell, and the front office now includes a wealth of respected executives, among them the great Jerry West. The Clippers are a top-shelf organization.

The Lakers, meanwhile, have been a tire fire ever since Dr. Jerry Buss died in 2013—just remember Magic Johnson imploding last year—and there is zero evidence that team governor Jeannie Buss and GM Rob Pelinka can assemble a roster that makes basketball sense in the modern NBA. There is drama even before the games start, with many people opining that new coach Frank Vogel could be replaced by assistant coach Jason Kidd if the season starts off bumpy.

For Clippers fans, it’s a time of expectation, and while we know better than anyone else that the team has never advanced beyond the second round of the playoffs, we’re taking heart in a squad of gritty players for whom the spotlight seems to hold limited appeal. With Leonard, George and point guard Pat Beverley, the Clippers have a demonic perimeter defense that will frustrate the heck out of many opponents. Players including Lou Williams, Montrezl Harrell, Landry Shamet, Maurice Harkless, and Ivica Zubac are team oriented and know their roles. Coach Doc Rivers has won an NBA title.

All local basketball fans this season will benefit from having two of the league’s top teams play in downtown Los Angeles. But only one can be the best.

As strange as it is to say, that’s the Clippers.

RELATED: Is the Lakers’ Anthony Davis Deal a Royal Screw-Up?