Home Uncategorized Click Your Heels and Put on Your 3D Glasses: 5 Fun Facts... 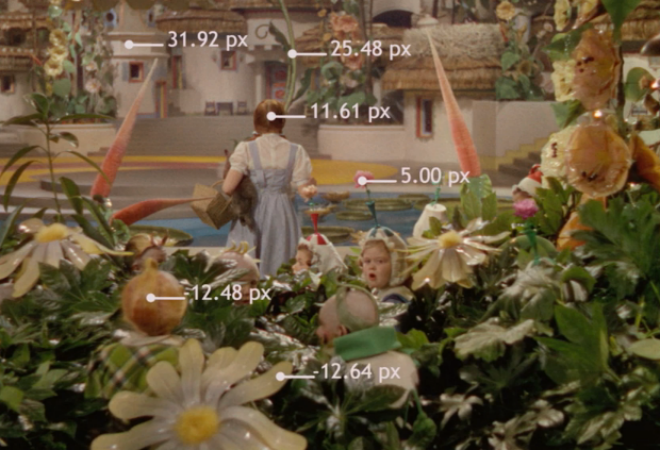 Strap on your 3D glasses and lean back. We’re definitely not in Kansas anymore. The classic Hollywood musical The Wizard of Oz, featuring a young Judy Garland battling witches and flying demon monkeys while searching for a cranky, old wizard, is about to get more visceral than ever.

Starting September 20, Dorothy, the Tinman, the Scarecrow, the Cowardly Lion, and Toto will return to the big screen for one week and they’ll be bigger than ever before–IMAX 3D big. Based on the children’s novel by L. Frank Baum, the 1939 The Wizard of Oz is the oldest movie ever to be converted into this uber-big big screen format.

Here’s where to catch the movie in L.A., but before you head out, here are five facts about The Wizard of Oz:

✪ TCL Chinese Theatre in Hollywood will host the IMAX 3D premiere of The Wizard of Oz. The original premiere on August 15, 1939 was also held here.

✪ Victor Fleming directed The Wizard of Oz, but did you know he earned another directing credit that same year? It was for a little flick called Gone With The Wind and it won the Oscar for best picture.

✪ Before CGI, special effects wizards (no pun intended) had to be creative. To make it look like the Wicked Witch’s head is shrinking as she melts away, her hat size was increased during the shoot.

✪ Judy Garland used a double in three scenes. Bobbie Koshay is seen balancing on the fence and then falling into a pig pen at the opening of the movie. Later, with her back facing the camera she opens the door to Munchkin Land before Dorothy steps out in full Technicolor. Finally, it is Koshay’s back we see as the flying monkeys pick up Dorothy in the haunted forest.