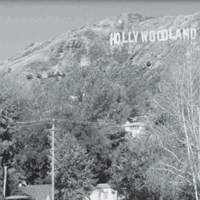 The Artist—an Oscar-buzzy silent movie set in the late 1920s—travels all over the map of classic L.A.

While there was no shortage of arguments against making the first silent film in 76 years—a target audience the size of a grain of rice, theater- chain executives laughing loudly in your face—French director Michel Hazanavicius undertook The Artist confident that he could capture the Hollywood of the Douglas Fairbanks era without too much difficulty. “A friend of mine in L.A. told me the theaters were doable and shootable,” he recalls, “as well as some restaurants and the houses.” The film stars Jean Dujardin as declining silent star George Valentin and Bérénice Bejo as ingenue Peppy Miller. Finding opulent period locations was easier than it would have been a few decades ago, when so much historic local architecture was in disrepair. Downtown’s Bradbury Building provided a dash of dystopia in 1982’s Blade Runner, while the Orpheum Theatre did much the same 11 years later for Last Action Hero. After multimillion-dollar renovations, both locations appear in The Artist as pristine as the day they were built. Cinematographer Guillaume Schiff man showed buzzing activity simultaneously on three floors of the Bradbury Building, while the Orpheum provided the backdrop for two fictional movie premieres. The Los Angeles Theater, the Oviatt Building, and Busby Berkeley’s West Adams estate also served as locations. Capturing the original HOLLYWOODLAND sign—the “land” was dropped in 1949—was impossible without some CGI. “When Peppy’s bus comes down the hill in Beachwood Canyon,” Hazanavicius says, “we could have seen the hill if we had a tower 20 meters high, but we didn’t. So we put the hill in digitally. ” We’ll keep silent about that.