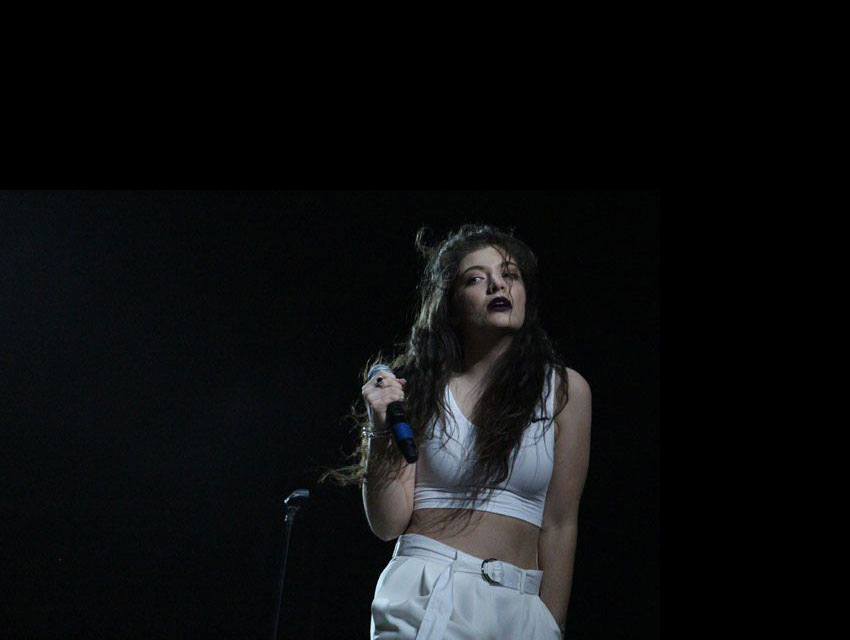 If Ella Yellich O’Connor seems like the class weirdo, that might be because you don’t know about the rich history of dark-minded, strong-voiced female artists from New Zealand, or about (as the Cramps once put it) what’s inside a girl.

As the hit singer better known as Lorde demonstrated at the first of two shows at the Greek Theatre last night (she plays again tonight), kiwis can be strange fruit. Eschewing choreography, headsets, and most accouterments of today’s pop stars, she simply grasped a mic, alternately belted and chanted, and periodically spasmed rhythmically, sending her long curly mane and limbs flying. My 11-year-old son dubbed her signature move “Blair Witching”; I say Van Morrison on Ecstasy. Accompanied only by a keyboardist and drummer—no backup singers, dancers, hype men, or even guitarists—the goth soul singer embraces an austere minimalism. The coolest special effects were smoke-filled bubbles that occasionally blew across the stage then burst into puffs of gray.

Lorde expresses existential emotions with a confidence way beyond her 17 (!) years. Hers is a voice of difference but not diffidence. And yet, her 2013 debut album, Pure Heroine, went where few of her musical foremothers (Kate Bush, Bjork, Judee Sill) have dared: to number 3 on the Billboard 200. Last night, the brimming venue sang along with her unprocessed alto on her unlikely number-one hit “Royals,” a postcolonial anthem that rejects the materialist imperialism of commercial American music for a kind of downhome (or down-under) individualism. In some ways, Lorde is the anti-Beyonce.

But Lorde shares with Ms. Knowles-Carter an unapologetic feminism; hence the name of her album. She comes from a land of pioneering women with sometimes perverse perspectives, from the writers Katherine Mansfield and Keri Hulme to the filmmaker Jane Campion. Her songs are full of enigmatic epigrams that are more often cultural critiques than empowering aphorisms: “It’s a new art form showing people how little we care”; “No one around here’s good at keeping their eyes closed”; “I am not a white teeth teen.”

Maybe she’s not a white teeth teen, but Lorde’s electronic-driven songs about trying to find her place in a strange and sometimes hostile world surely speak to adolescent angst: My son was definitely not the only tween in the crowd. Outspoken in her scorn for many of her pop peers, Lorde has a rep for being the outsider, the misfit, the malcontent. Clearly, she speaks for and to that demographic, which spans ages and genres. Last night, her flailing fits seemed not like desperate attempts to bust out of cages, but more like cathartic outbursts of kinetic energy set free. Her banter at her first L.A. show in a year was that of an emergent artist adjusting well to meteoric success. “It seems like so much has happened in a year… Every day feels like I’m growing up.”

Lorde even, cornily, asked her fans to raise lighters and cell phones to the sky. (To paraphrase a poet, I don’t know about you, but I’m kind of tired of being told to throw my light up in the air.) Singing along with preset tracks, as she did, has inherent limits. It would be great to see what she could do with backing singers or as the leader of a full band. But there’s plenty of time for that. Seeing her last night reminded us of catching a teenage Alicia Keys just before the release of her debut album. Lorde’s arch skepticism may not land her on the charts forever, but it could help ensure a long, healthy career.

Meghan Markle and Prince Harry Are Being Besieged by Drone Flybys

3 Distinct Ways to Celebrate the Royal Wedding Day in L.A.