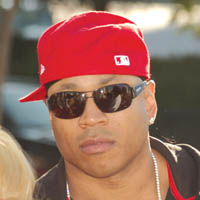 In anticipation of the holiday, the city selects three members of the respective communities to receive the Hope, Dream, and Spirit of Los Angeles awards. A spokeswoman for the Mayor’s office said she wasn’t at liberty to disclose the names of those who were considered but that the list for each category was about 10 people deep.

This year, Villaraigosa and friends stuck to the realm of entertainment, honoring LeVar Burton with the Spirit award, which is given to “activists, grassroots, and community leaders.” Though younger audiences may know him from Reading Rainbow and Star Trek: Next Generation, the city focused on his contribution in the 1970s miniseries Roots.

We were especially impressed by the activist past (and present) of Danny Glover, who earned the Dream award for rising above “humble beginnings” to achieve “professional excellence.” The son of two postal workers, Glover got into community engagement early. While attending San Francisco State University he worked as part of the Black Students Union to establish a Department of Black Studies at the school. Over the years, he’s been heavily involved with union groups, arts organizations, and groups working to maintain diplomatic relations with Haiti.

Rounding out the cultural honors, Bernard and Shirley Kinsey were recognized along with son Khalil (a.k.a. aspiring rapper Diz Gibran) for their efforts to preserve African American heritage through their extensive collection of art and artifacts. See it for yourself starting Feb. 12 at Santa Monica College Art Gallery. And in the remaining weeks of February, check out a few other ways to celebrate Black History Month around L.A.