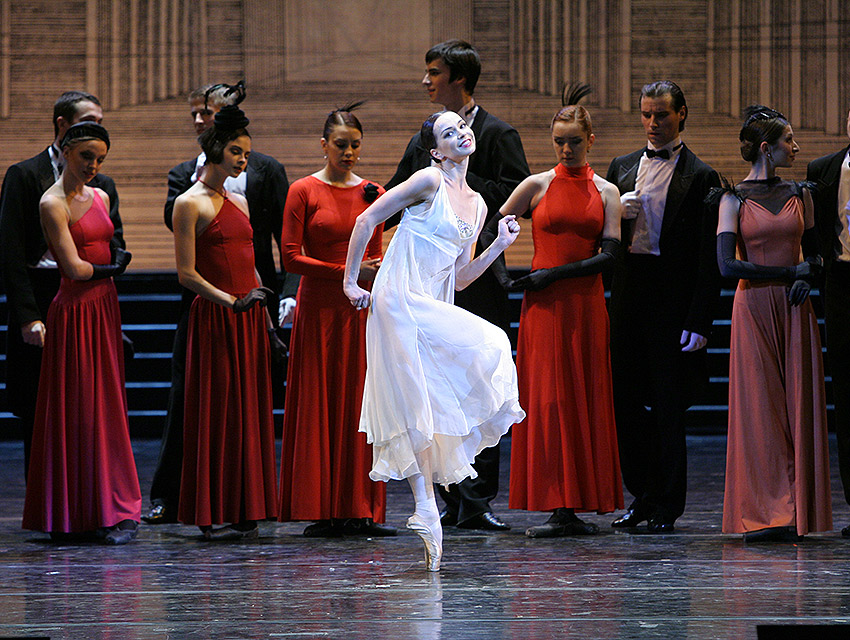 Photograph by by N. Razina

The rags-to-riches story of Cinderella opens the 12th season of the Music Center’s acclaimed dance series Thursday through Sunday, marking the production’s Southern California premiere. This is a triple threat: choreography by the wildly talented Alexei Ratmansky, performed by the world-renowned Mariinsky Ballet (formerly the Kirov Ballet) and Orchestra, and featuring principal dancer Diana Vishneva in the lead role Thursday night.

Here, in the hands of Ratmansky, the traditional tale takes on a witty, more contemporary feel (a nod to the 1930s) while offering the sophistication and grandeur expected of a classical Russian ballet. This version, commissioned by the Mariinsky in 2002, launched Ratmansky’s international career.

He created the title role for Vishneva, who studied at the Vaganova Ballet Academy in St. Petersburg, known for training such ballet greats as Rudolf Nureyev, Anna Pavlova, Mikhail Baryshnikov, George Balanchine, and Natalia Makarova. Vishneva now divides her time between the Mariinsky and American Ballet Theatre, where she is also a principal dancer. We spoke with her before opening night at the Dorothy Chandler Pavilion.

Welcome to Los Angeles. When were you last here?
I performed at the Music Center in 2005 with the Mariinsky Ballet in one of my favorite roles, Aurora, in Marius Petipa’s The Sleeping Beauty. I also performed at the Kodak Theatre (aka Dolby Theatre) in 2003 in another Marius Petipa ballet, La Bayadère, in the title role of Nikiya.

You have so many interesting dance and ballet schools in the area. I remember both of those productions I performed in Los Angeles required involvement from local children, especially dance students, and I was impressed with the quality, energy, and inspiration they had for dance. I love to be here—audiences love dance and ballet. It is a very good environment, and I know expectations here are very high.

Tell us about your Cinderella role.
It was one of my first experiences working with Alexei Ratmansky. We spent a lot of time together in the studio. I was proud to be the ballerina for whom he created the role of Cinderella. It is an honor and a privilege, but in the end you understand that you need to leave all your fears behind in the studio and come out on the stage with a character the audience will believe. It is a big challenge for you and the company.

As a principal dancer with both the Mariinsky Ballet and ABT, do you feel as if you’re moving between two worlds? Or is the language of dance generally universal in whatever country or company?
Body language is universal. It doesn’t matter where you are performing, in which part of the world, people who like dance can easily understand you. I am really lucky to be part of an international dance family. My experience with ABT and Mariinsky, as well as with many other companies around the world, is priceless. I have learned not only a different style or manner, but also different relationships with dancers, choreographers, and traditions. This is something that has made my dancing richer and purer, brighter and stronger.