Home TV Christian Grey Could Be a Serial Killer 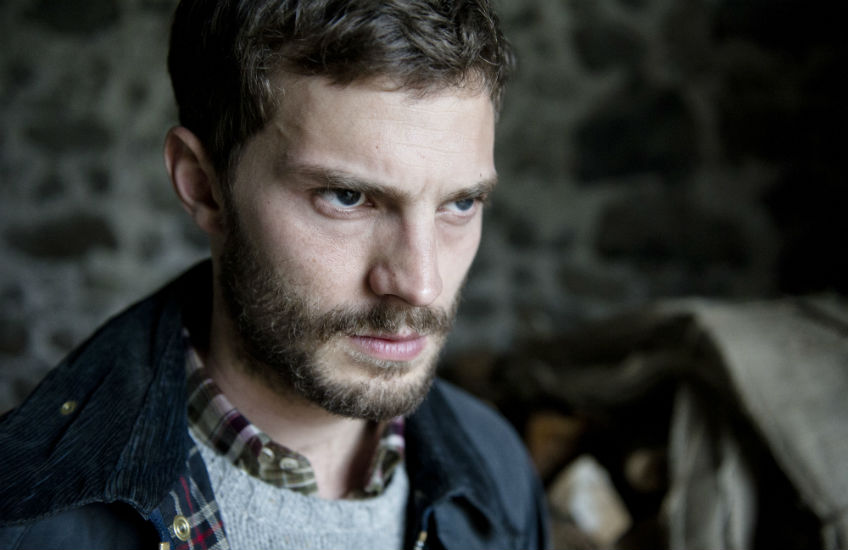 Still from BBC's "The Fall"

But those aren’t the only similarities between Grey and Spector.

They’re Serious Stalkers
You thought you had it bad when your high school fling wouldn’t stop calling? Well, Paul’s the kind of dude Antoine Dodson warned you about. After Paul strategically picks his victims, he monitors their whereabouts and observes them from a distance before breaking into their homes. “A” for effort, Paul, but off in Grey Land, your old school form of stalking doesn’t quite suffice. Christian turns it into an art form, relying on private jets and GPS to constantly locate protagonist Anastasia Steele. And the guy’s got no shame in showing up at Ana’s side unannounced and uninvited; he’ll move heaven and earth to see her, whether she’s across the country or in her bedroom. Wait a minute, stalker or best boyfriend ever?

They Have the Same Type
All of Paul’s victims could be twins separated at birth. They’re young, white women with brunette locks and booming careers. Not a far-off description of Ana, apart from the career bit (the only thing booming in Ana’s life is her libido). Both Paul and Christian have an obsessive fascination with women’s bodies. Christian rips off Ana’s clothes with ferocity, demanding her to be “unashamed of [her] nakedness.” But it’s Paul who takes the creepy cake on this one. Grey likes his women “sentient and receptive,” whereas Paul likes his women, for lack of a better word, dead.

They Like it Rough
As Christian so eloquently puts it, “I don’t make love. I fuck … hard.” And boy, is he a man of his word. He’s even got a “playroom” in his home devoted to not making love, equipped with whips, canes and floggers galore. Christian is an unapologetic dominant and he takes his role seriously, presenting Ana with a BDSM contract and non-disclosure agreement. Inflicting pain brings Christian pleasure, a sadistic sentiment Paul admits to sharing in The Fall’s second season. Thankfully, Ana and the 15 submissives who came before her made it out of their encounters with Grey alive. Even without what Ana calls a “red room of pain,” the objects of Paul’s desire can’t all say the same. We’ll spare you the disturbing details, but let’s just say his serial killing methods aren’t exactly gentle.

Their Pasts Are Trouble
Christian and Paul are both deeply broken with difficult childhoods to blame; you’ll have to stick it out for the sequel Fifty Shades Darker and watch season two of The Fall for more details. But let’s not wrap this up on a negative note. Christian, at least, has grown into a semi-decent man with many great qualities. He dreams of curing world hunger. When he’s not spanking the life out of Ana, he really does care for her wellbeing. And when the going gets tough, you can always count on him for some comic relief—often in the form of unintentionally hilarious dialogue. “I’m fifty shades of fucked up!”

Cheap Netflix with Commercials Will Be Brought to You By Microsoft