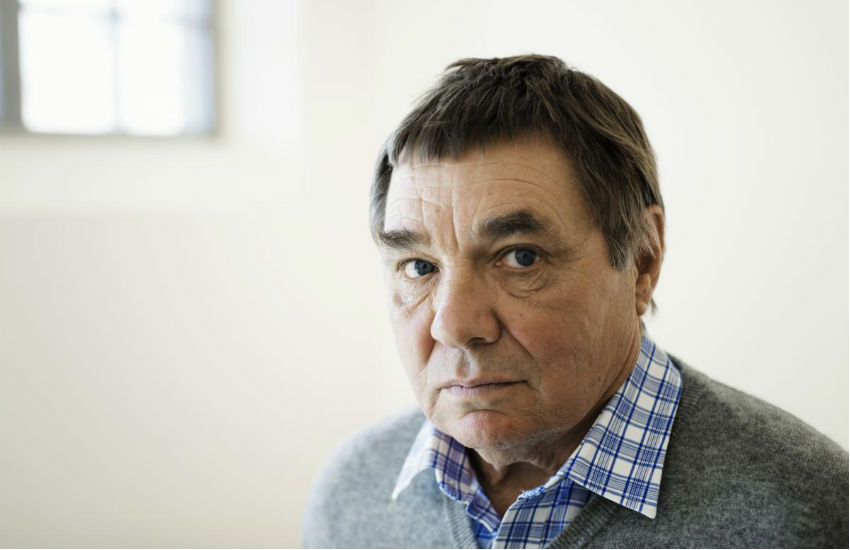 Artist Chris Burden has passed away at age 69. The announcement was made by Paul Schimmel, a longtime friend of the artist and former chief curator at the Museum of Contemporary Art. Burden, who had been fighting malignant melanoma for the last 18 months, died at his home in Topanga Canyon on Sunday.

Burden has been a figure on the global art scene since the early ’70s but he is perhaps best known for “Urban Light,” the lamp post installation that welcomes visitors to LACMA and has become one of the most recognizable Los Angeles landmarks since it was unveiled in 2008.

Burden, whose medium of choice was sculpting, rose to prominence as part of the infamous UC Irvine cadre of experimental artists which included Ed Moses, Larry Bell, and Robert Irwin. Burden’s work has always been characterized by a distinct involvement with the world outside of art. His controversial early performance art works like “Five Day Locker Piece,” in which Burden locked himself a school locker for five days, or “I Became a Secret Hippy” served as powerful critiques of contemporary consumer society, modern man, as well as the Vietnam War.

Check out a couple of our favorite Burden pieces below.

In 1971, Burden staged a piece titled “Shoot,” in which a friend of his shot the artist in the arm while a tape recorder captured every sound.

In the early ’70s, Burden commented on the omnipotence of commercially driven media by buying add spots on TV for a series of fake commercials he had produced.

This short documentary chronicles Burden’s work on “Metropolis II,” a large scale kinetic sculpture that mimics a futuristic urban environment. The piece was unveiled at LACMA in 2011.