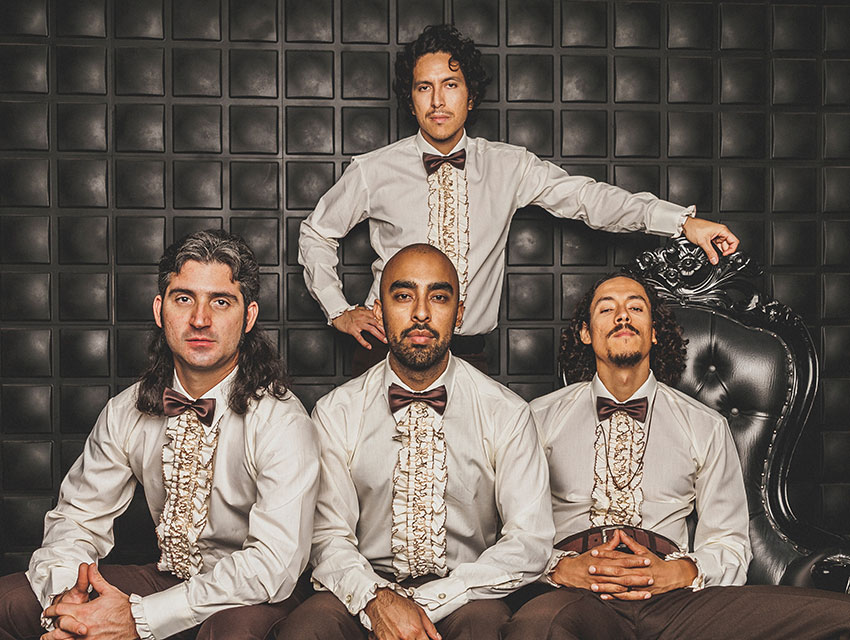 After a superhero turn as the opening act for Jack White and crusading cross-country with a series of spring dates, Chicano Batman is my pick for the not-to-miss band this summer when the quartet plays the Twilight Concerts series at the Santa Monica Pier on July 24. Think of Chicano Batman (the name and logo are a play on Cesar Chavez’s UFW eagle symbol and the iconic DC Comics character) as a fresh take on the ’70s Latin American artists they heard growing up in L.A. Onstage, front man and keyboardist Bardo Martinez and his longtime bandmates pay homage to soulful and psychedelic influences with their mostly Spanish lyrics, funky clothes (they’re known for sporting ruffled tuxedo shirts), and swaying ballads. As they tour to support their second album, Cycles of Existential Rhyme, their mission is to merge cultures, kick down boundaries, and—most important—keep us grooving.