Home Art Check Out the Incredible Before and After Pictures of This Newly Restored... 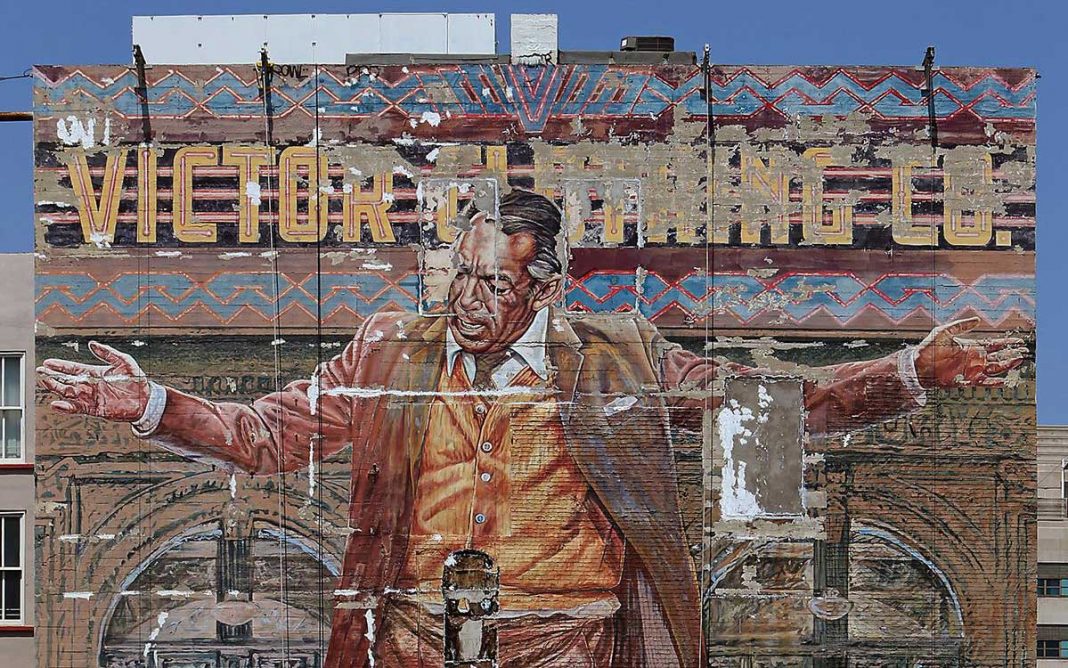 Restoration of the mural by Torrez and artist and mural restoring expert Art Mortimer started in July of 2016. The project was overseen by the Mural Conservancy of Los Angeles. Check out the mural for yourself next time you’re Downtown. It’s at 240 South Broadway.