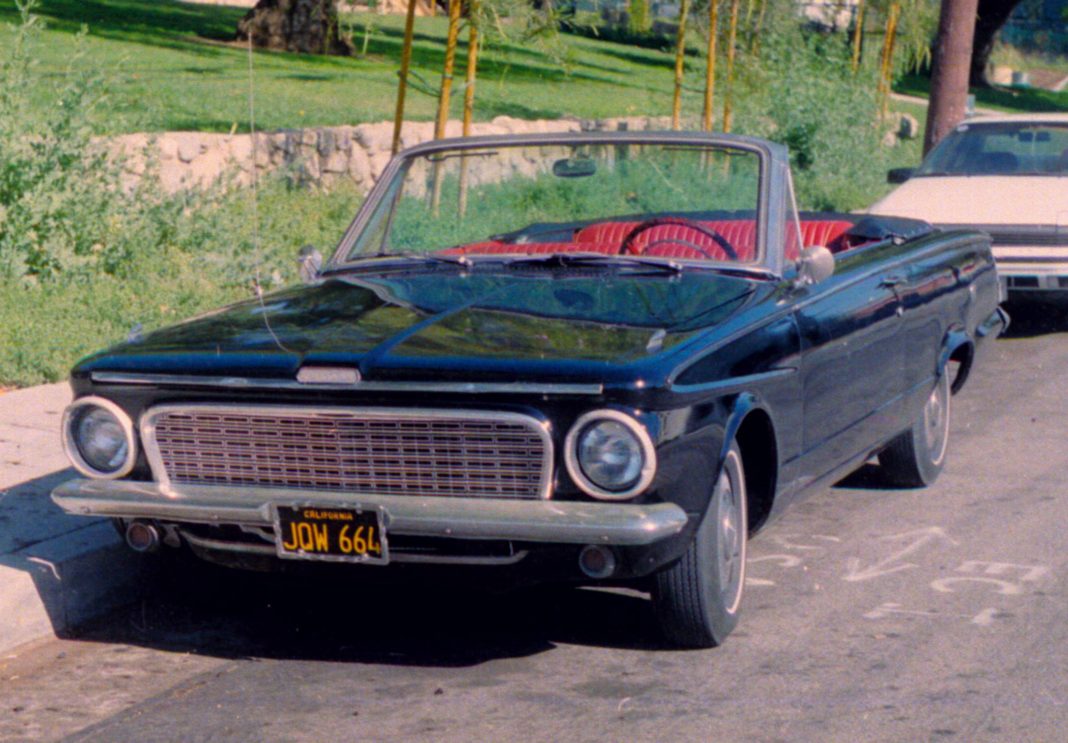 For almost 40 years Charlie Fisher’s menagerie of classic cars has been spilling out of his driveway and onto the streets of Highland Park. Dozens of vehicles in various stages of decrepitude delight and infuriate neighbors. The eclectic collector is the subject of the new documentary short Charlie’s Lot by Tom Carroll.

Carroll, whose YouTube video series Tom Explores Los Angeles ventured into “decaying forgotten corners” of the city, takes a look at Fisher, a northeast L.A. native and longtime force in historic preservation, who has spent decades trying to save his herd of Mustangs and Beetles from the scrapper. Charlie has created more L.A. landmarks than anyone else during his career—Highland Theatre and Highland Park’s Security Pacific Bank building, among them—but his ragtag bunch of rundown cars has strained his relationship with street sweepers, his wife, and angry neighbors just looking for a parking spot of their own.

“We never had any kids,” Fisher says in the film. “So [they’re] kind of like my babies.”

Carroll captures the elaborate juggling act Fisher has come up with to coexist in a rapidly changing part of the city. Some of the cars in Fisher’s collection mark significant moments in his life, color local history, and others are just junkers. Here is a field guide to the Fisher collection. 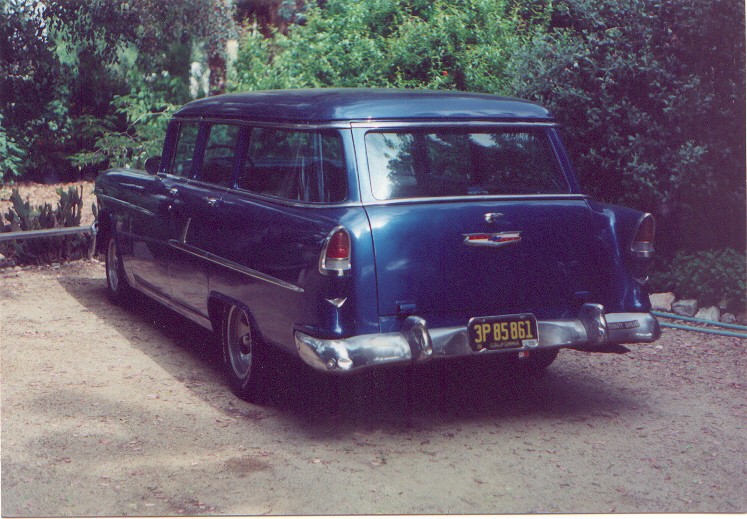 I got that car in High School in 1970. It was my first car. My mom and I were looking for a parking space behind the barber shop and she said, ‘Look at that joker taking up three parking spaces.’ Back then the LAPD would run a plate for you, so I found the owner in Artesia who sold it to a guy who had been living in his barn. It had been dumped so the guy said go ahead and take it. I took a summer class in auto shop and rebuilt the transmission. 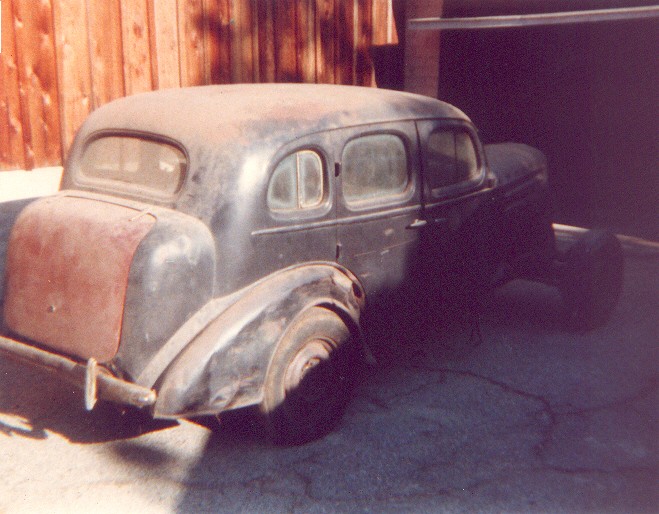 I bought it back in college in 1975 and paid off the $200 in payments. It hadn’t been driven since the mid 60s and was parked off the road in a vacant area of Mt. Washington. A victim of the Hillside Strangler showed up at that same location later. 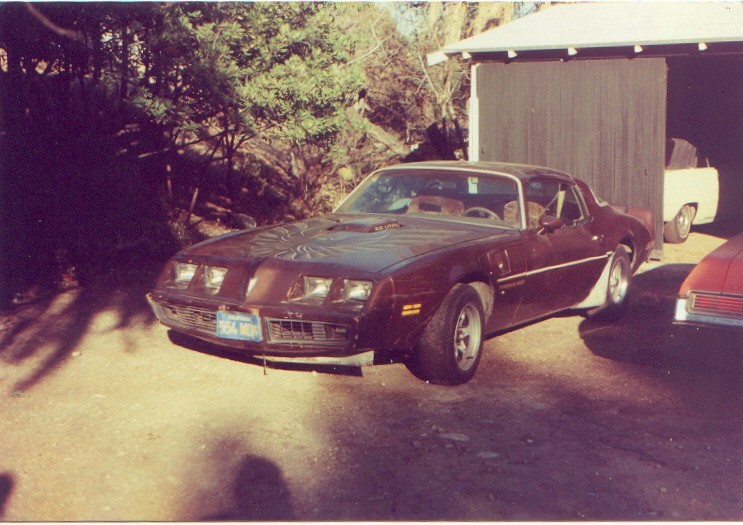 We bought our house in 1982 and that’s when my preservation activism really started. I met some gracious ladies down the street that used to let me store the car at their place which was a city monument. They watched out for us we watched out for them. 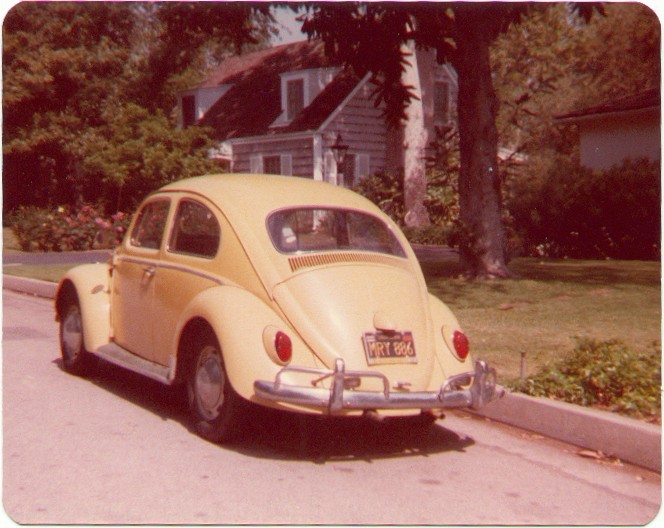 I bought it in 1973 with a bad engine so I drove out to Claremont to buy one from a young couple – they’re probably in their 70s now. It had been all over the country and painted green. He pointed out all the dents, one from a New York taxicab, one from Stanford. I had a girlfriend named Mary at the time and license plate is MRY 886, so I wanted to fix up the car for her, but we stopped seeing each other. I call it the Mary bug. 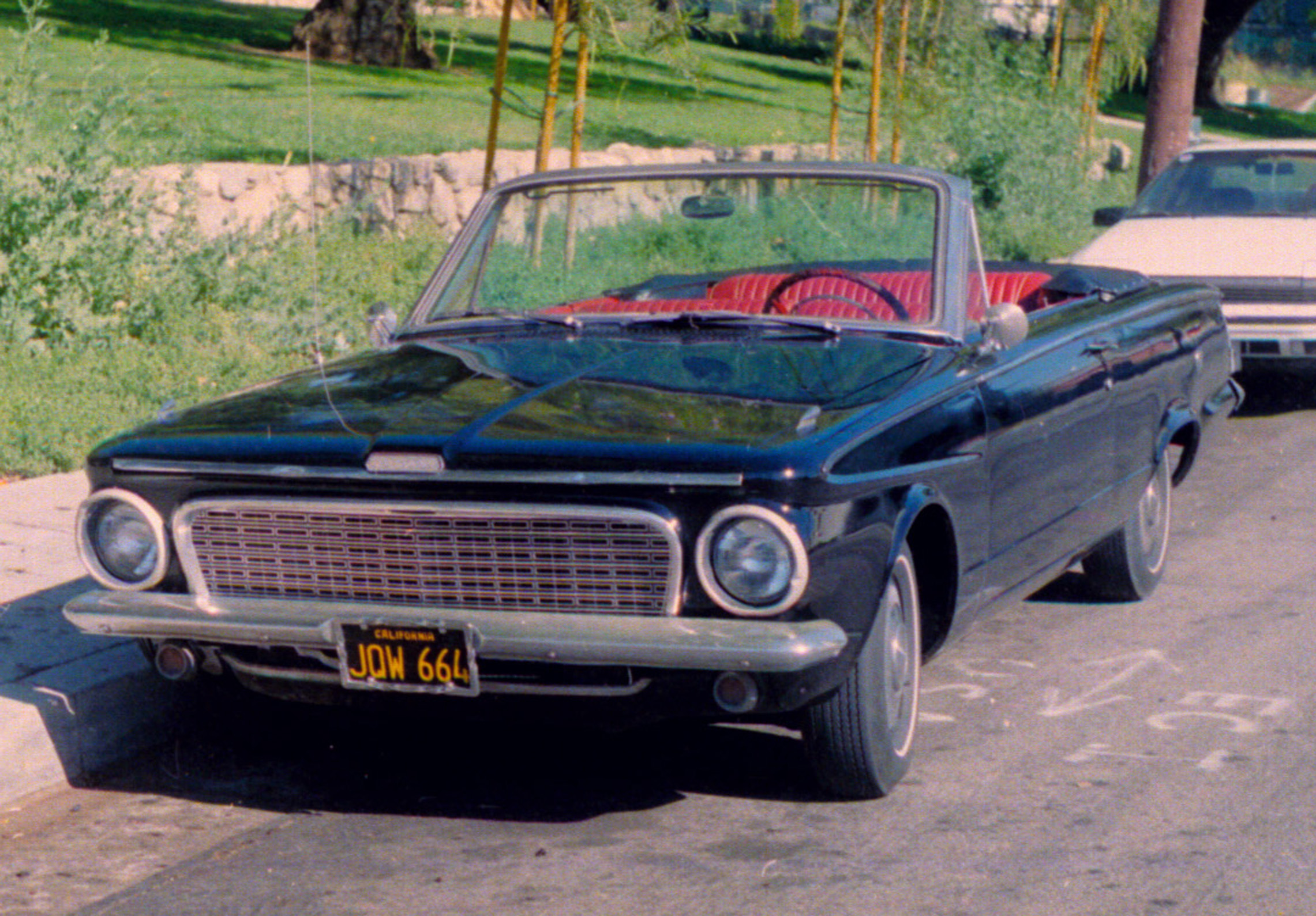 I was working in a gas station and it came in with a wrecked fender. The guy was going to junk the car, so I gave him $25 bucks for it. Convertibles weren’t worth much back then. 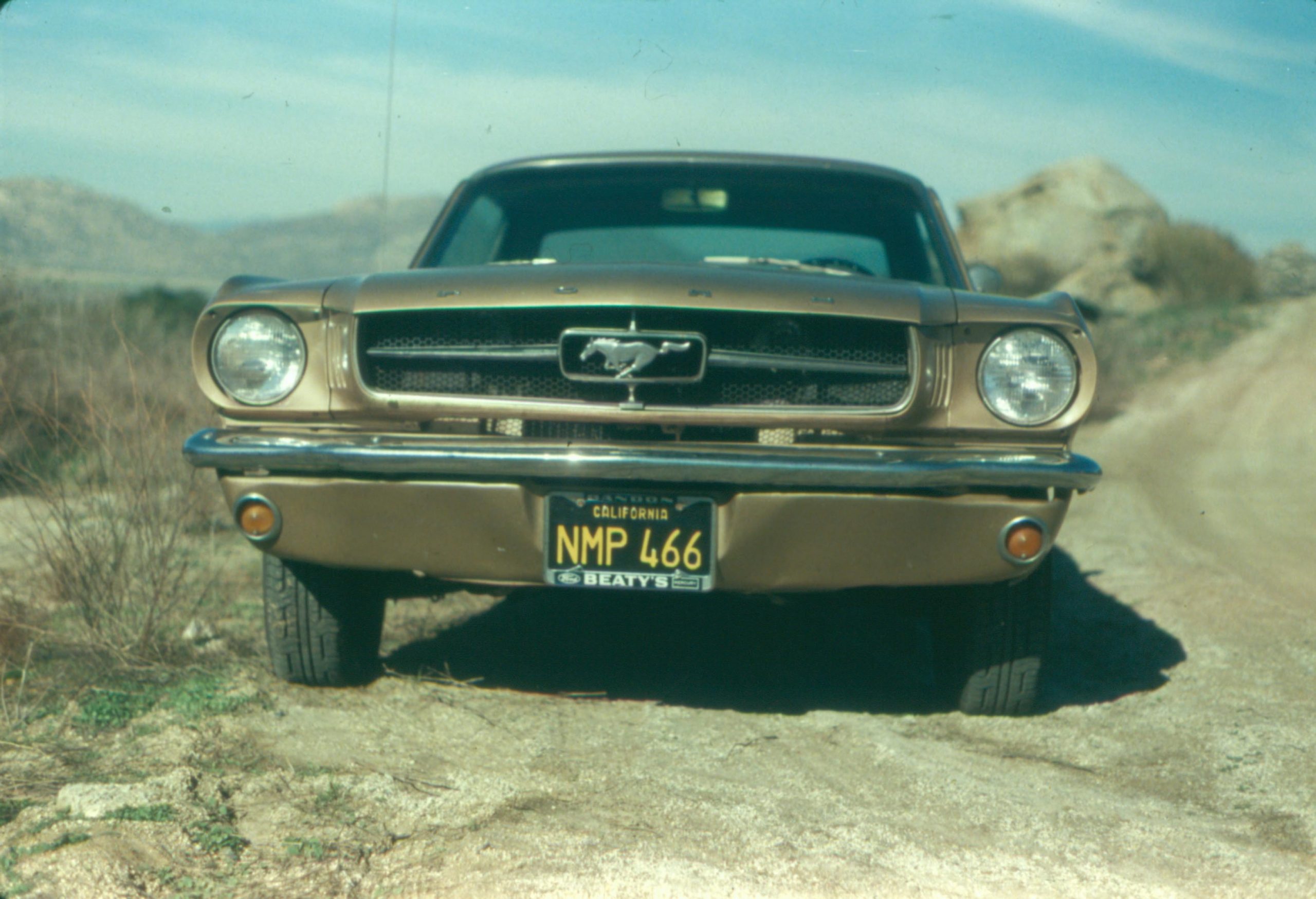 This is my wife’s car. She had it when I met her. The title is not in my name. That was the car she was driving when she was hired at Denny’s in 1974. We took it on our honeymoon to Colorado. 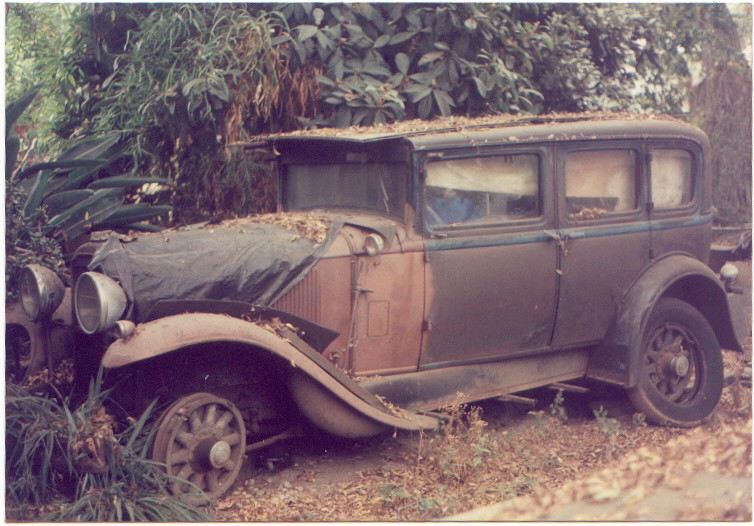 This came from my father’s best friend in high school. He had a bunch of old cars and got Alzheimer’s and had to go in a home. His father had been a contractor. He died in 1949 and the car was never driven after he died. It sat on York Boulevard, not moving, for decades. It had a busted axle and I found an old retired guy who knew how to fix it. It’s for sale if anybody’s interested. I want to find a young enthusiast who would be willing to tackle it. 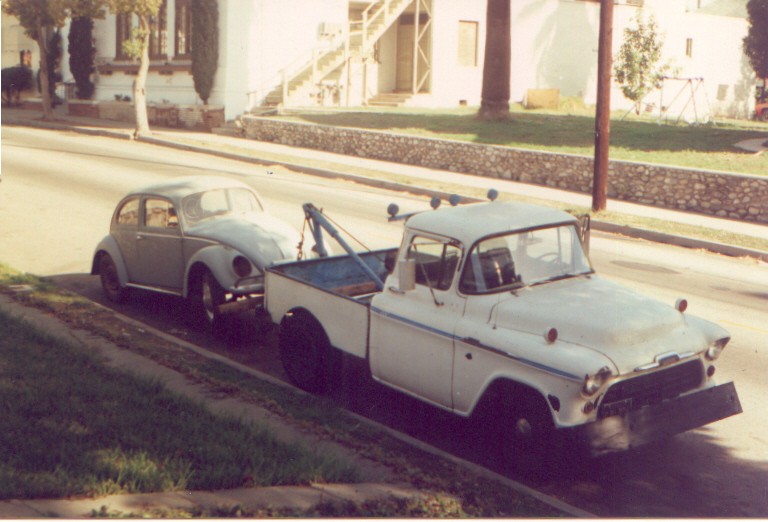 It was a tow truck for a used car dealer, and I’ve owned it since 1980. It was painted Earl Scheib day-glo orange. We were buying a lot of cars for insurance salvage and we bought it to cut down tow bills. I’ve gotten lazy about lifting cars in a heatwave. It’s manual and you have to crank it by hand. 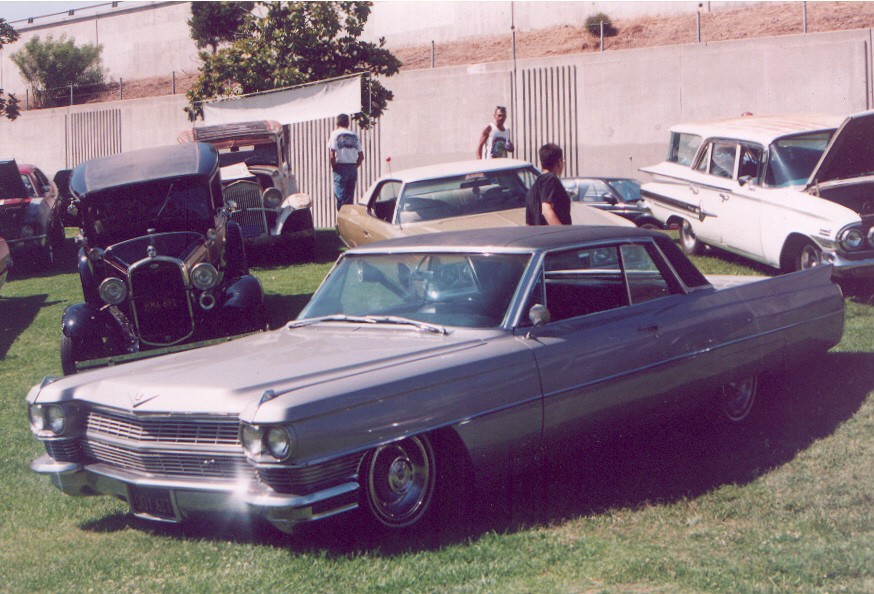 It was stolen in 1972 and they stripped the interior. It was an insurance salvage car. My parents needed a car and they ended up buying this one. A gal hit it and left enough parts of her car behind that I was able to trace it. I found it several days later at a shop and matched up all the parts that were damaged. She even had silver paint from my Cadillac on her car. 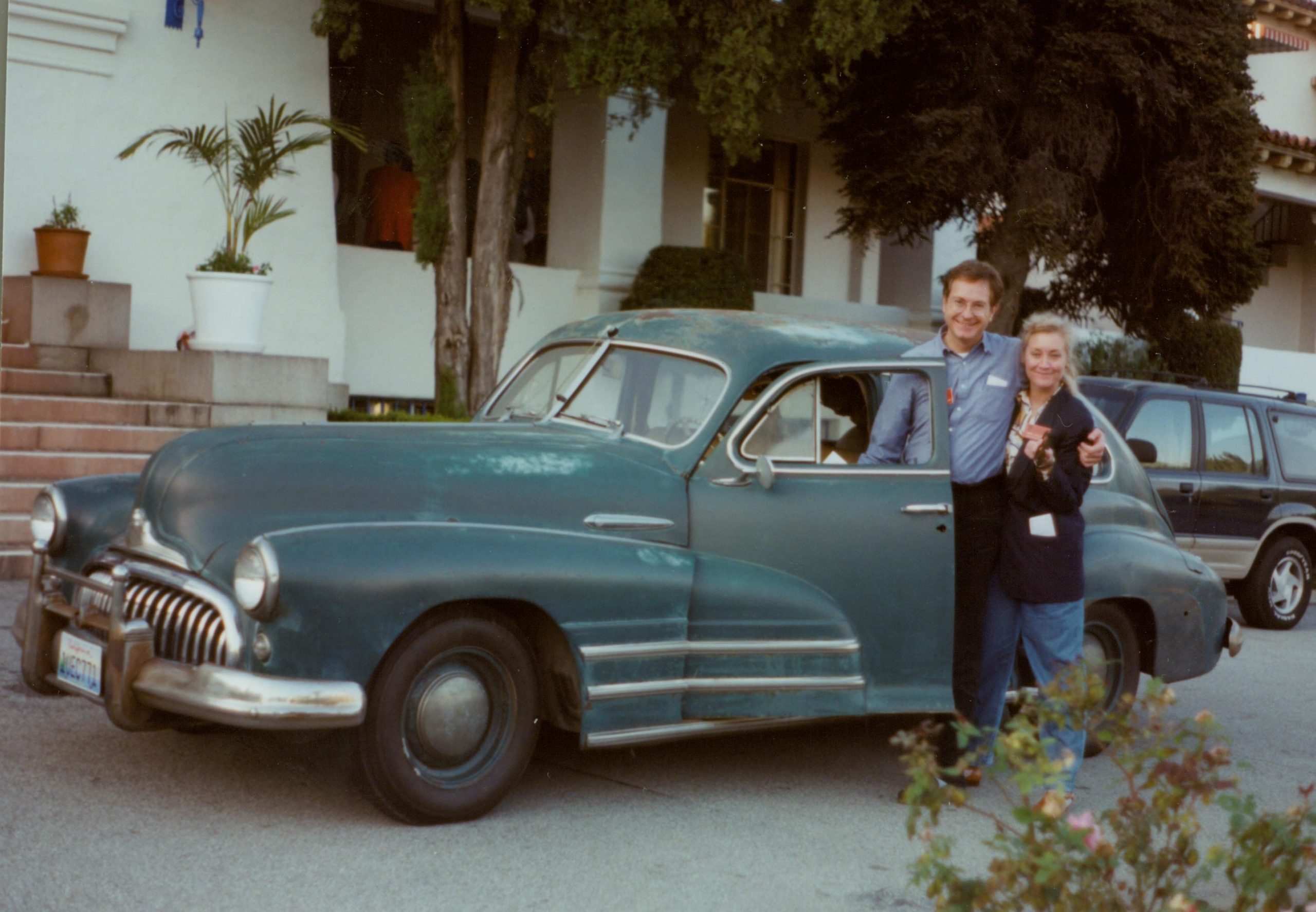 LeRoy Roberts bought the car new in 1947 and he didn’t drive it a lot. He parked it on York Boulevard. He stopped driving in the early 60s. I bought it from his conservatorship. I took this picture at a Los Angeles Conservancy event at the Eastern Star Home in Brentwood. 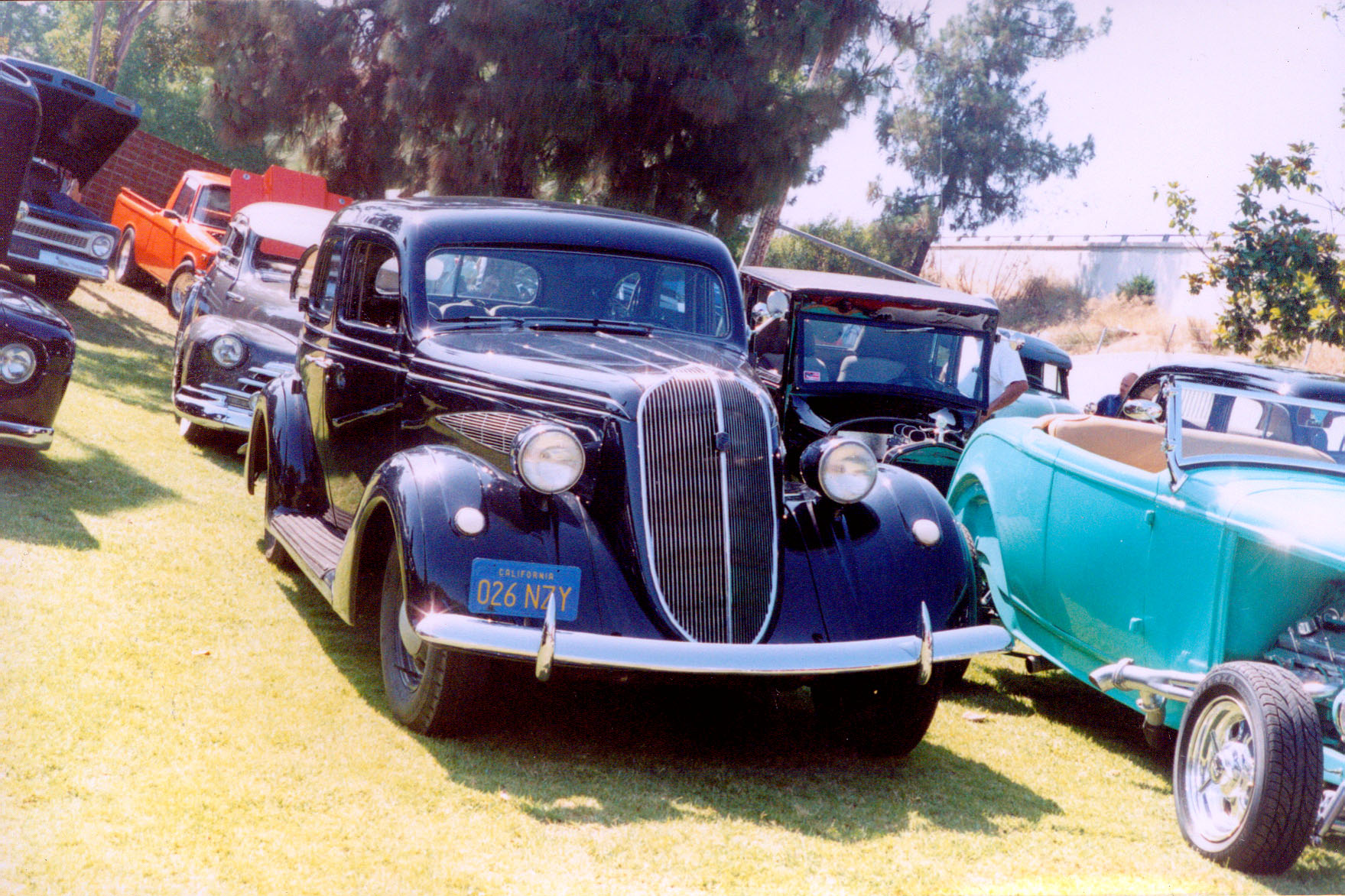 This one was hit in November of last year–twice. The first time I was driving it on Monterey Road and a guy made a left turn right in front of me and then ten days later at 2 a.m. a kid driving a late model Dodge said he swerved to miss a cat and pushed a Honda Fit into the back of my Nash. It destroyed the trunk and broke the bumper in two. I saw a picture of another Nash that had been destroyed in a forest fire and called him up. Now I’ve got all the parts. 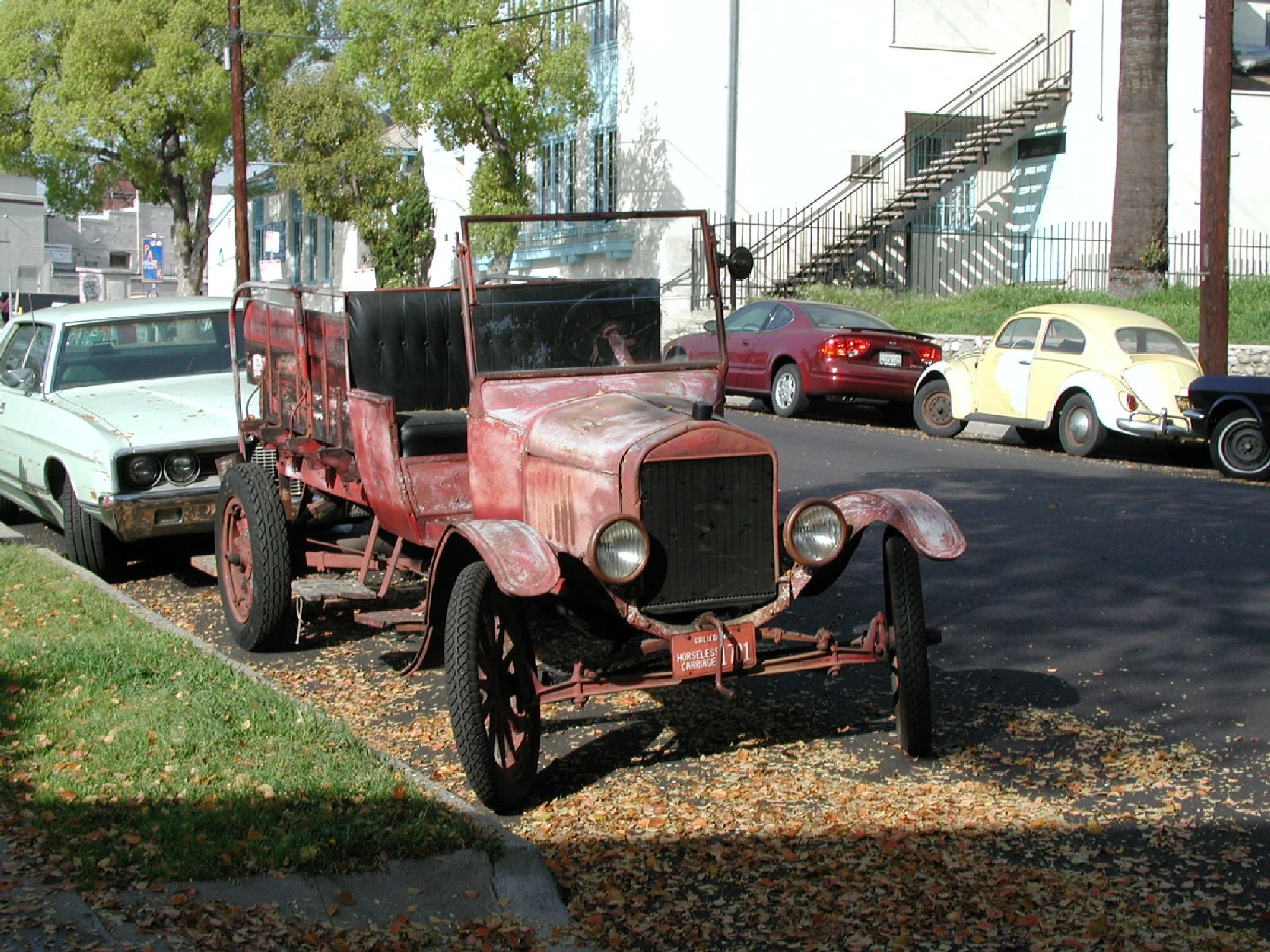 It was originally from the Samuel Goldwyn Studios. It still has a tag “#1” from the studio. I used to be a Trekkie and heard Gene Roddenberry had done some work there and wondered if the license plate number 1701 was where he got the idea for the Enterprise NCC-1701. I asked George Takei about it, but he didn’t know. 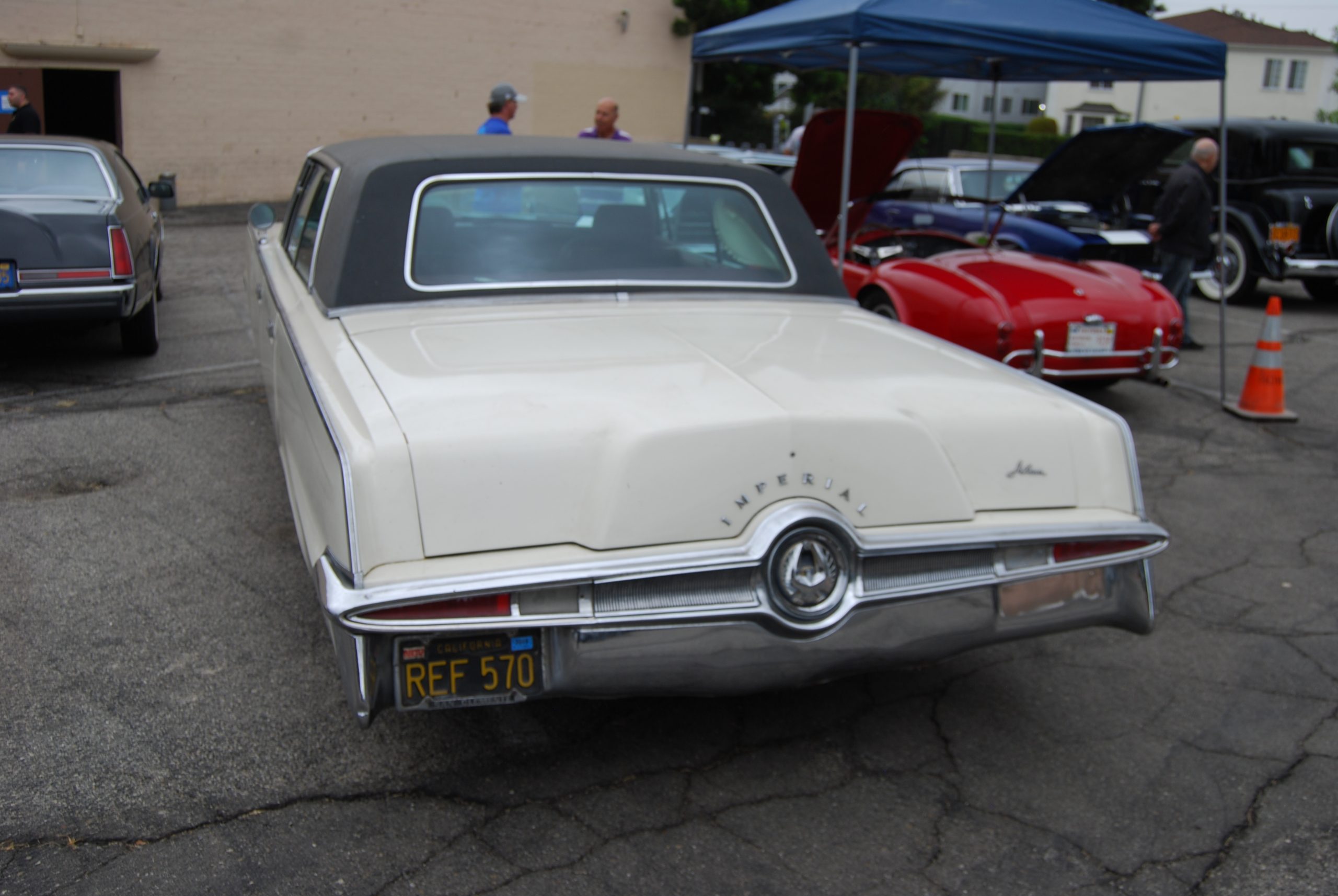 It was originally purchased by the Sargent Major at Camp Pendleton for hauling around VIPs. He eventually sold it to a gentleman named Kris Kristofferson, no relation, and his daughter was a friend of my mother. This car was beautiful, but my brother blew the engine and put it in the garage. Some idiots doing hot torch roofing caught the garage on fire and destroyed the paint, the vinyl roofing, and the windows. I fixed everything but the windows, so I’m not driving it at the moment. 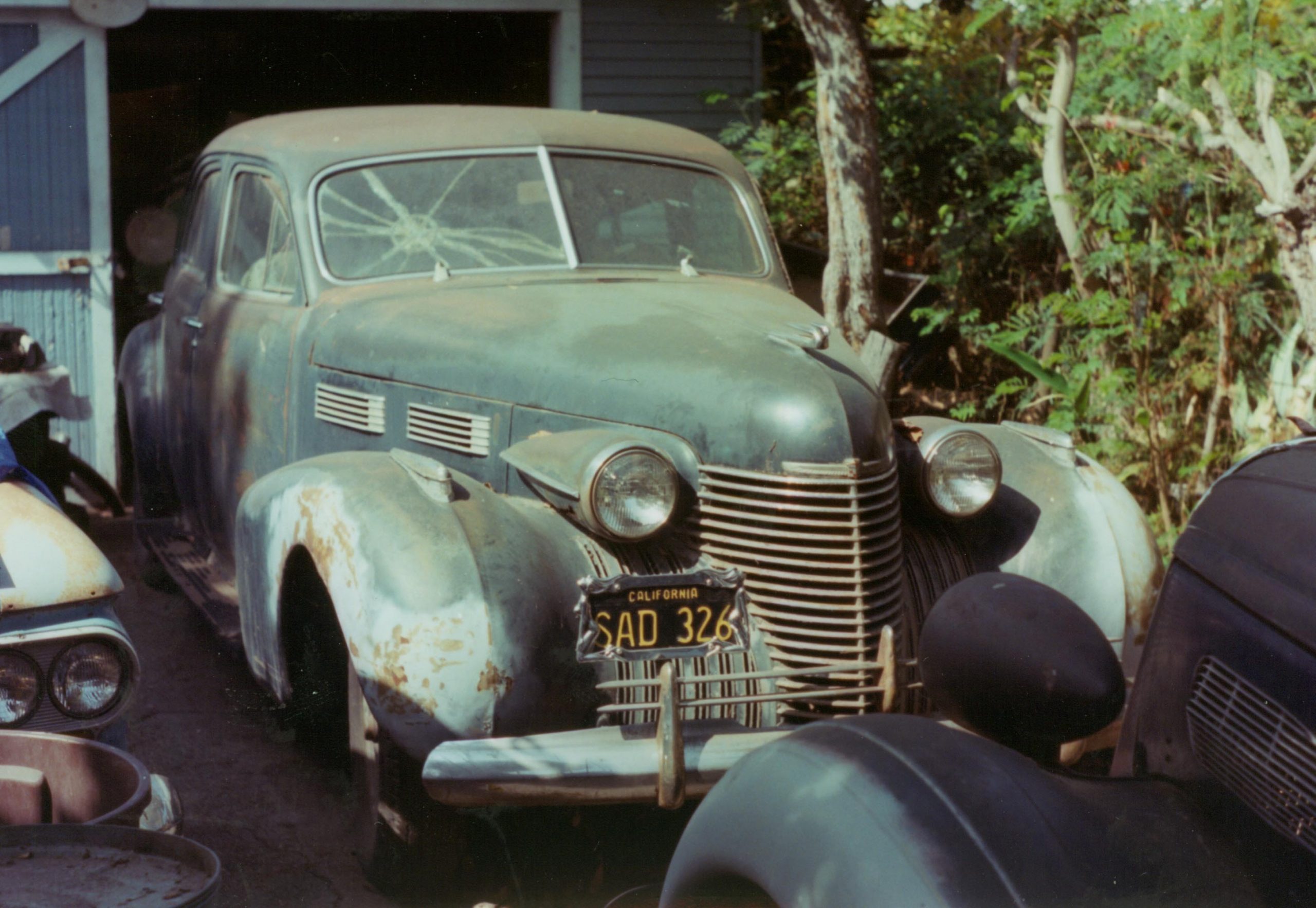 This will be worth a lot more when it’s restored. I’ve seen them go for $100,000. Mine has a brand new engine in it, so maybe right now it’s worth $10,000. Mechanically it’s in excellent shape but it needs body and interior work and I just can’t do that. 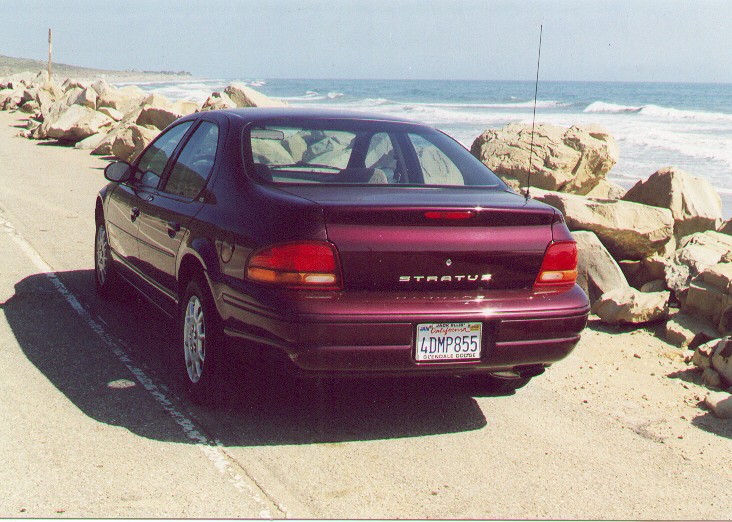 That was my company car at Transamerica. I handled property taxes and put 70,000 miles on it in two years. Everything is done electronically now, so I don’t think that job is around anymore. My wife drives it now. 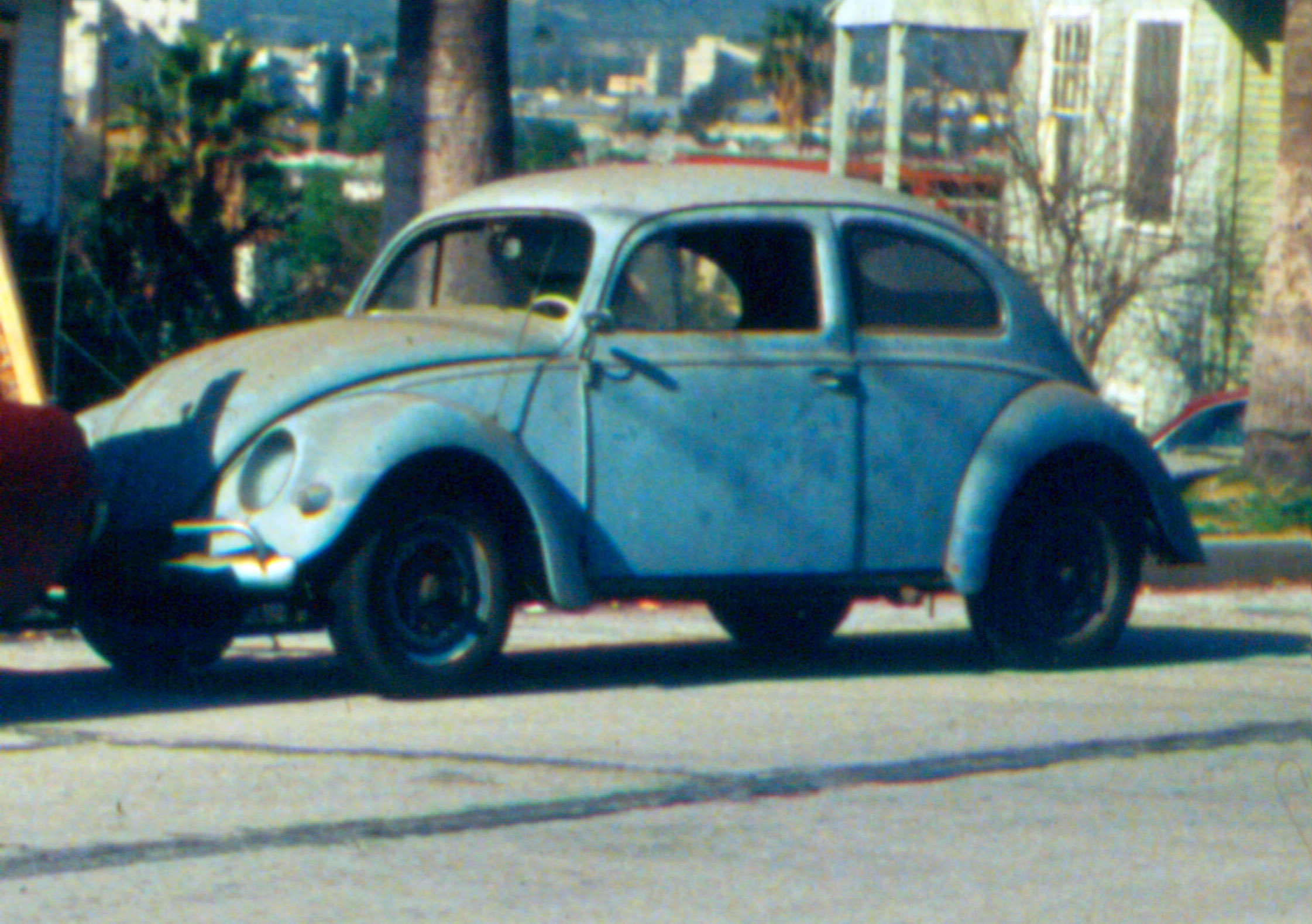 That car was a trade-in back in 1972 at SunWest Volkswagen in Hollywood. I was working for a used car dealer at the time. A guy came in and wanted to strip it for a movie. I was not happy doing that, but then he noticed a crease along the side and didn’t want it anymore, so I brought it home with all the parts. I’ve just never gotten around to putting it back together. 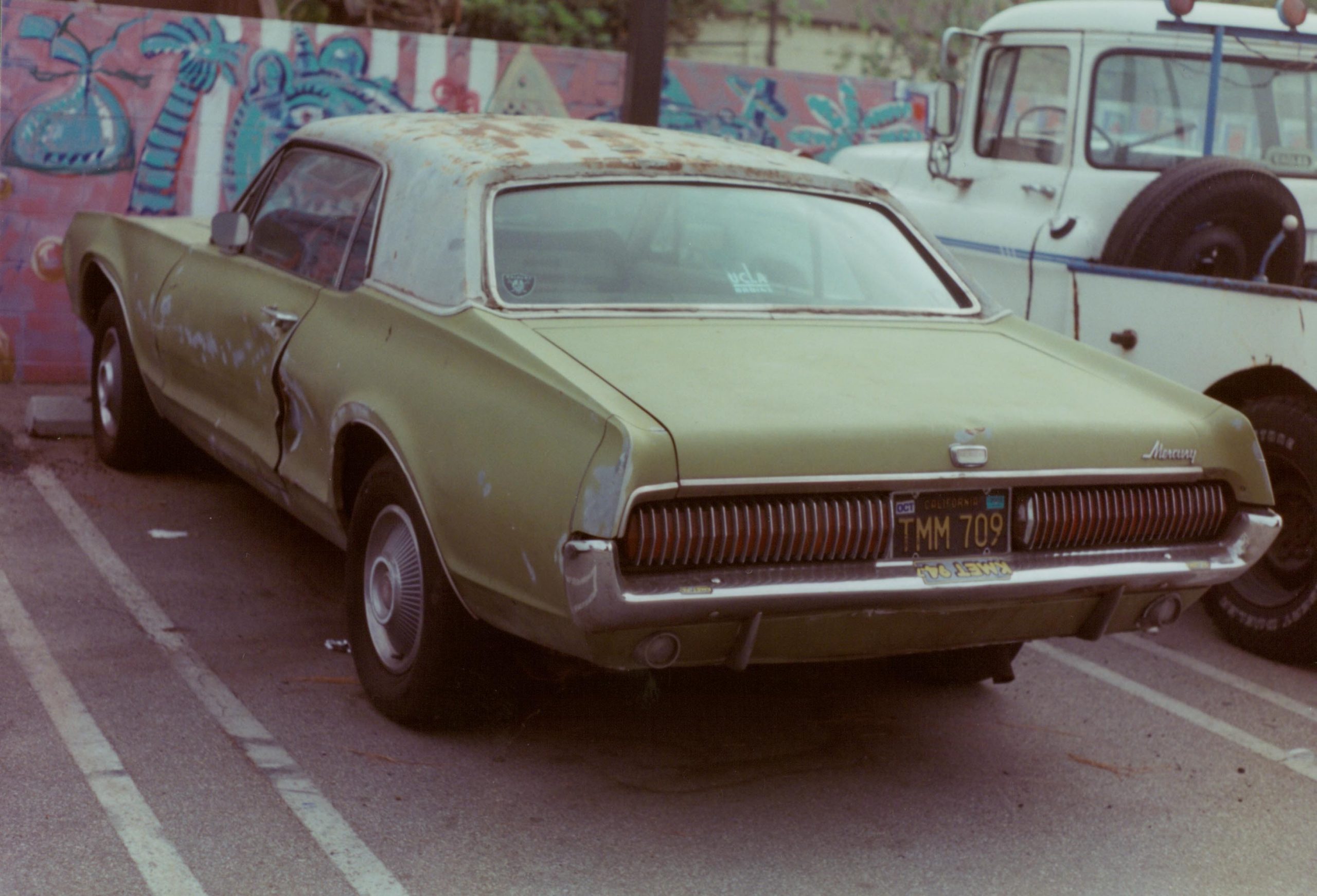 A friend from DeMolay owned in and he’s deceased now. It lived in Eagle Rock. The only thing I did was replace the driver’s door. One day I was getting ready to move it and the door wouldn’t open. I got stuck and had to call the fire department to let me out. 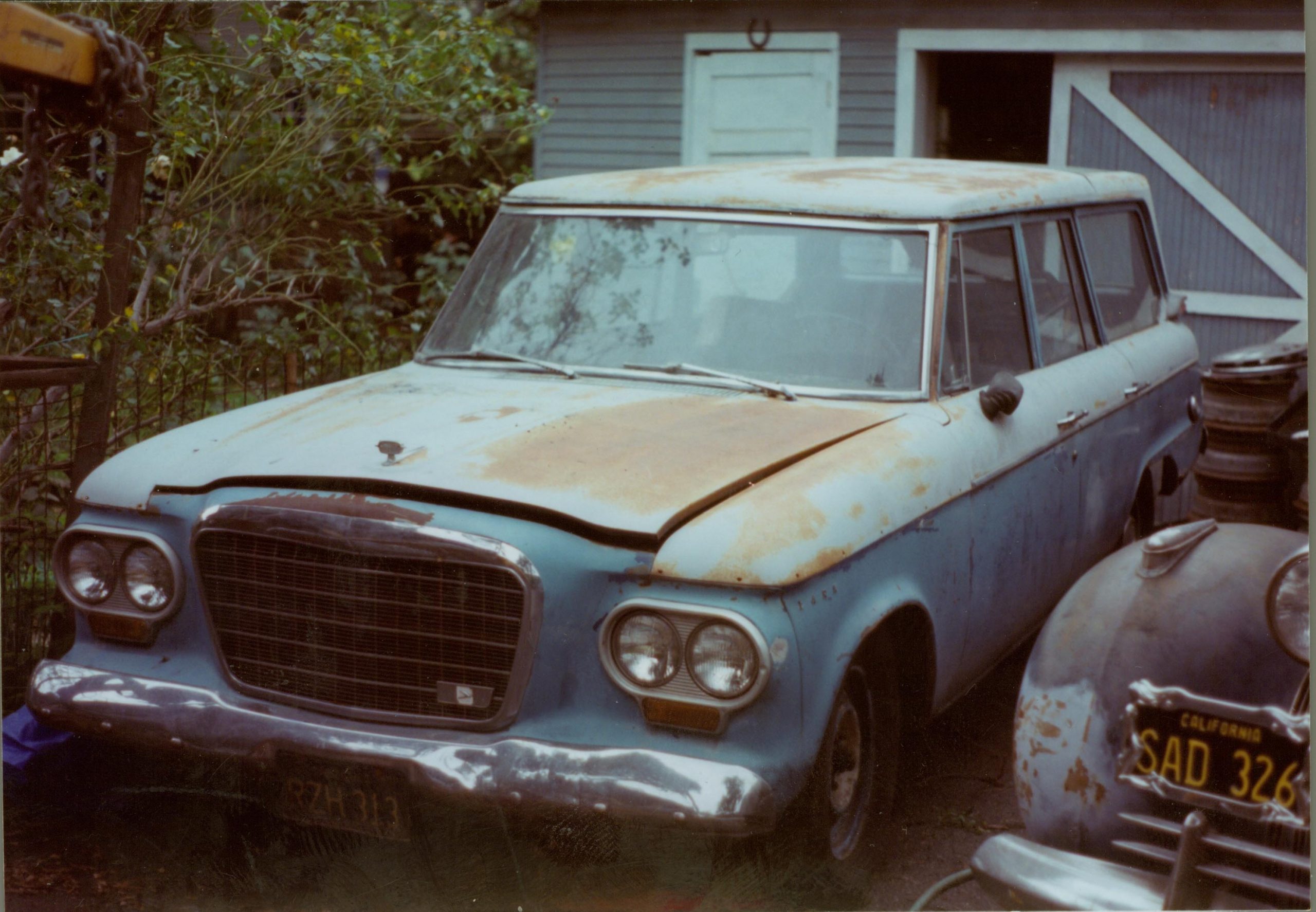 This was owned by a guy who had an electronics shop on York Boulevard and let’s just say they were challenged. The business went under and the owner gave the edict that the cars had to be removed now. I brought my tow truck and it was the last car I got. I haven’t bought a car in 18 years. My wife would kill me if I bought any right now. 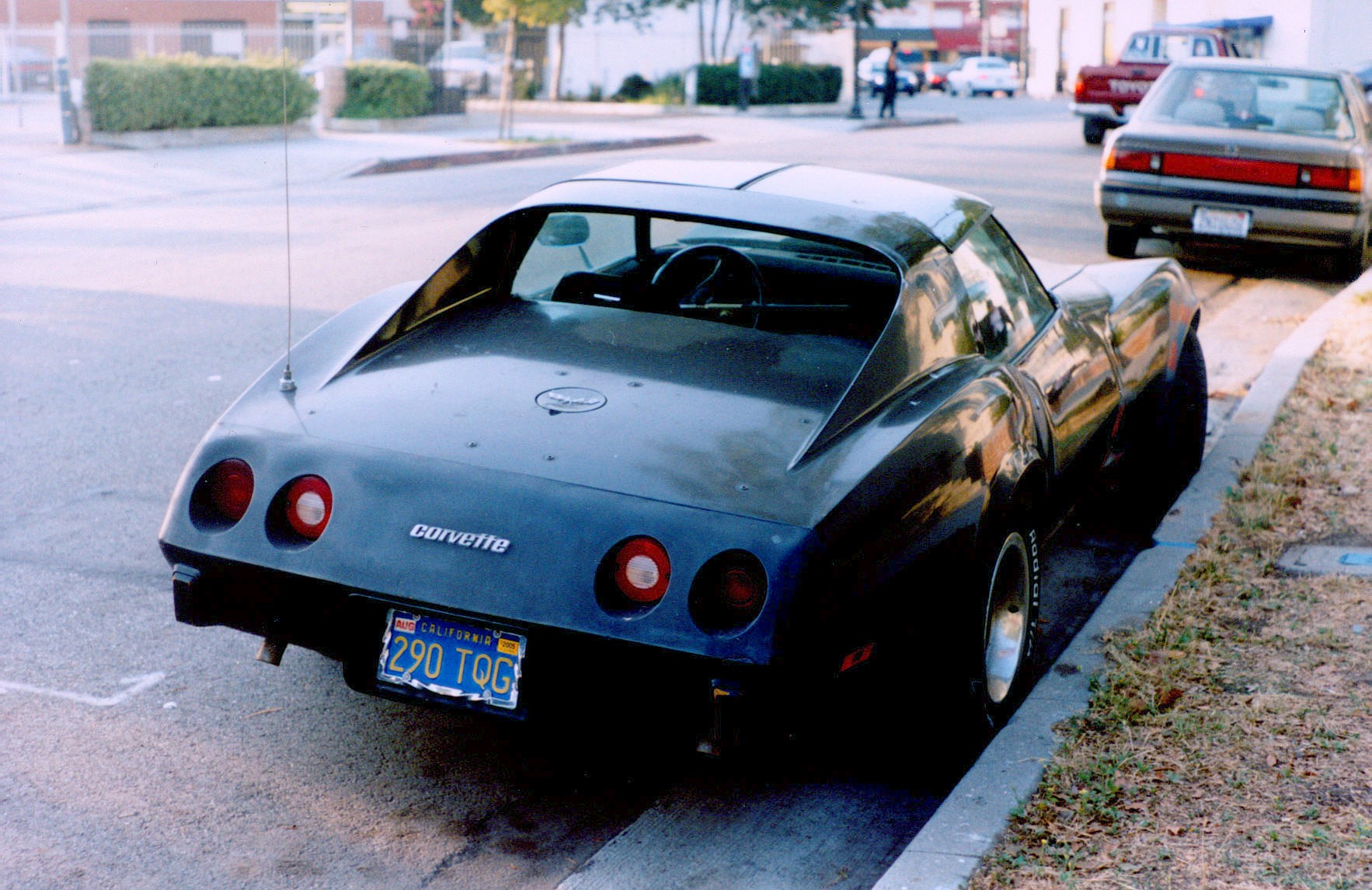 The car came from a guy who made money doing a remix of Beatles albums. It was stolen from him in 1988. It ended up with someone trying to put it back together with the wrong parts and his wife put her foot down and said, ‘you have to get rid of that Corvette.’ So, he took it to the Pomona Swap Meet where I found it. My wife yelled but the next morning she said, ‘that’s not a bad looking car.’ 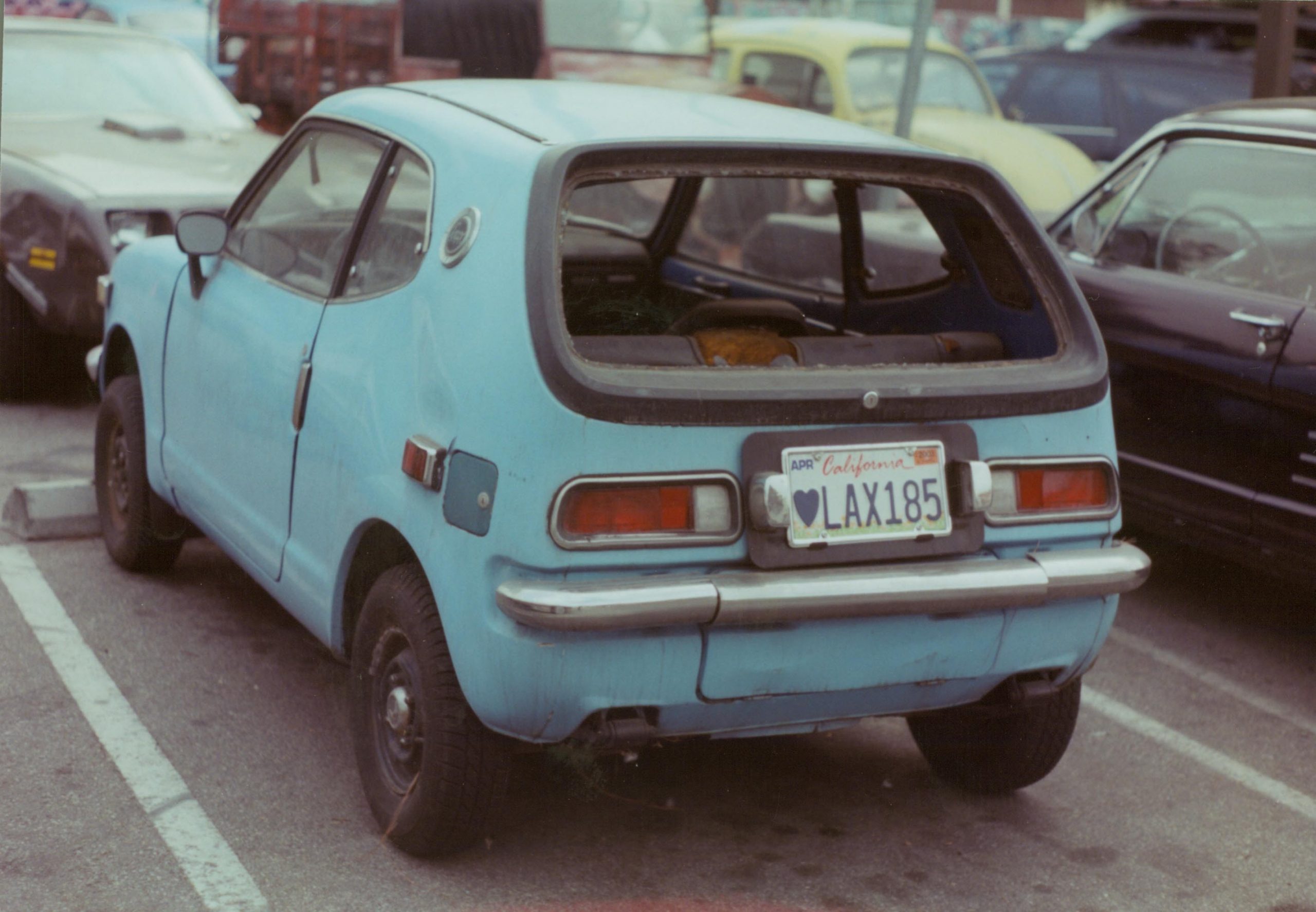 A guy out in the Valley they called the ‘Honda guru’ had 30 of these in his backyard. He grew up in Yugoslavia and got a gig driving a Citroen around the world to show how reliable they were. It blew up on the Hollywood Freeway and he settled in L.A. He was the one who brought the first Yugos to the United States. 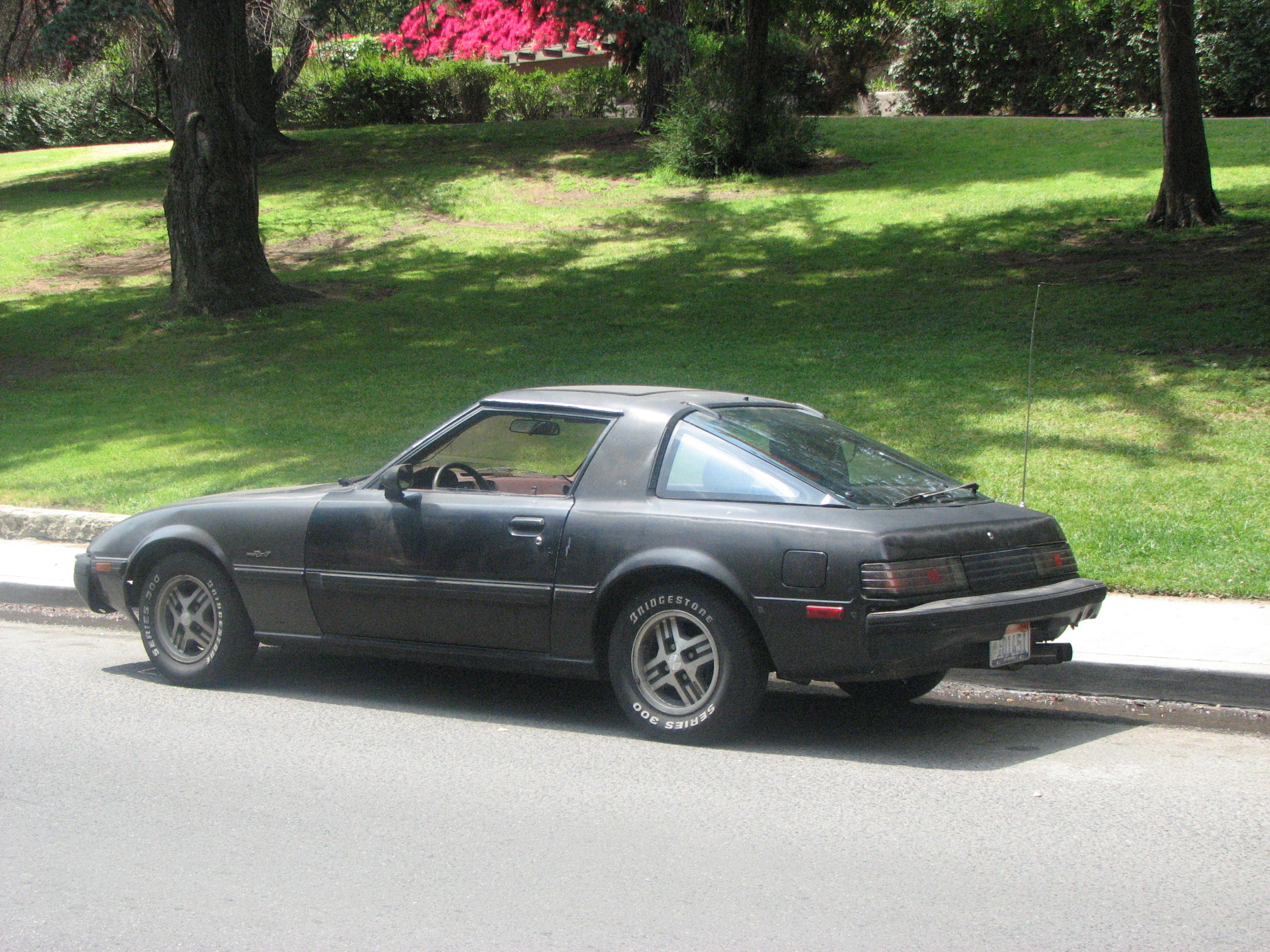 A friend was buying salvage cars from a junk dealer and fixing them up and selling them. We got the parts for it and put it back together. I managed to blow it up twice. I was having trouble getting it to start and revved it too high. 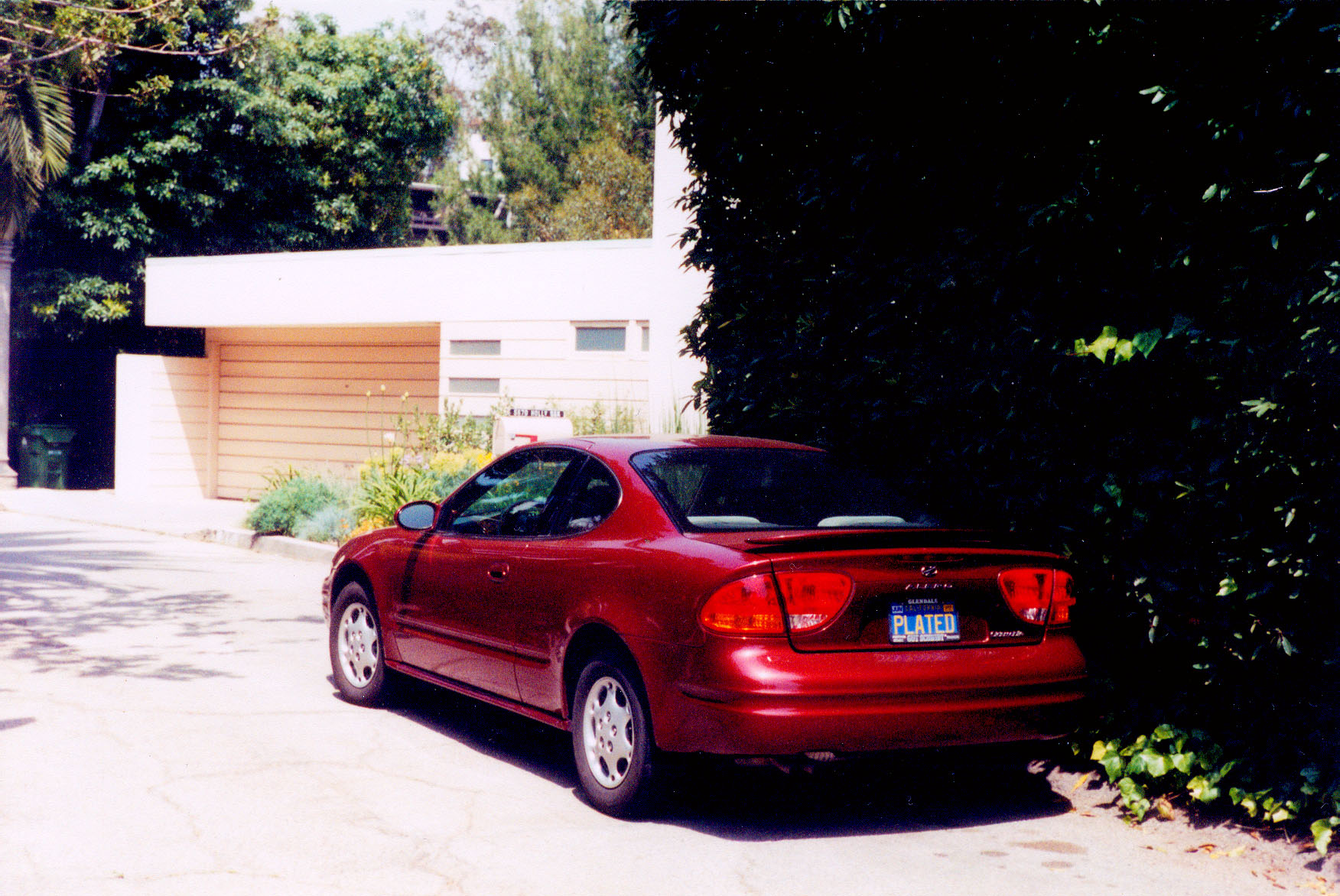 That was the last of my company cars before the company was bought out. I drive that one pretty regularly, but the air conditioning doesn’t work. Air conditioning is the last thing you do once you’ve got everything else done, then you work on the air. 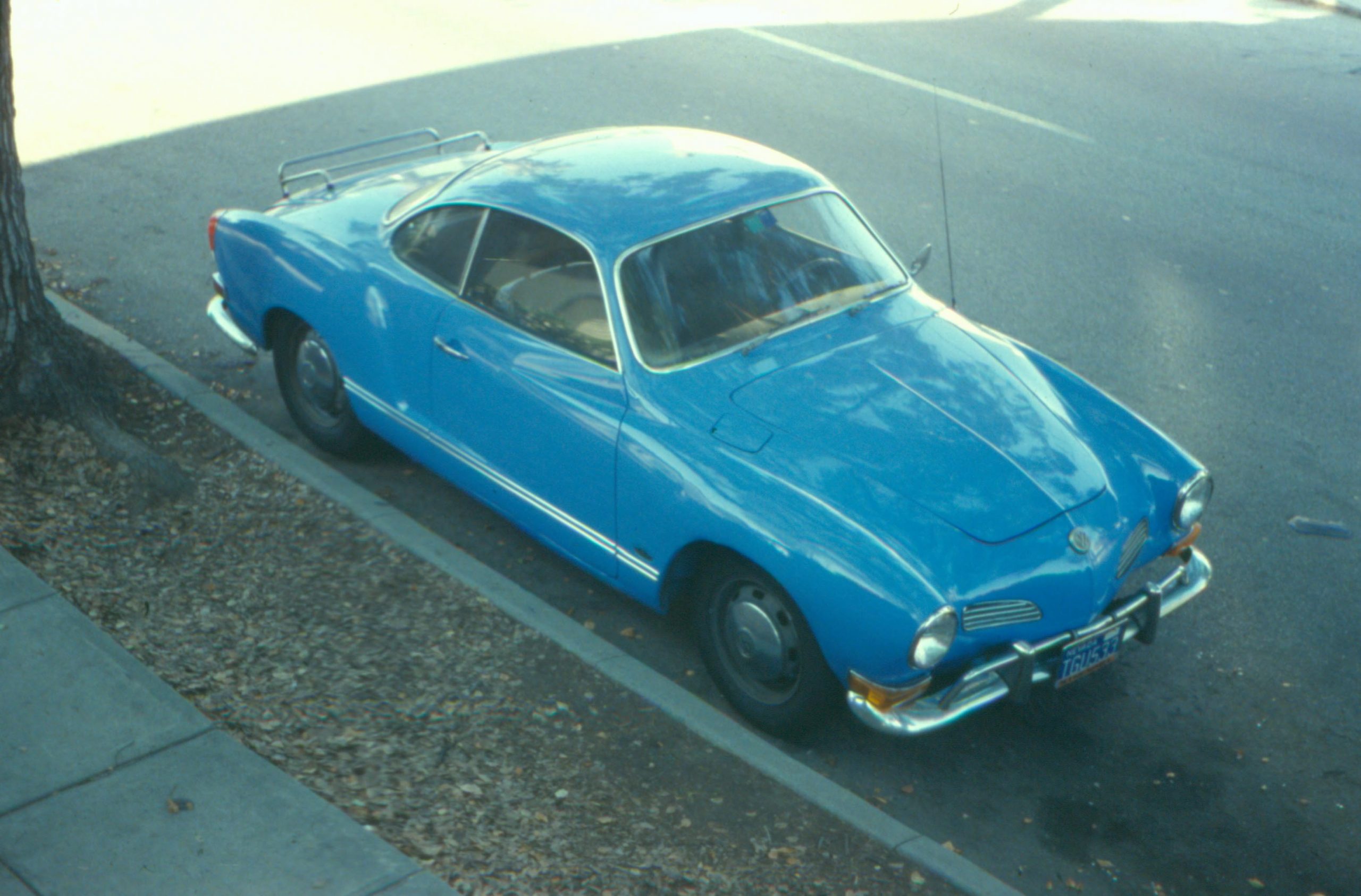 As far as I know the car was in San Antonio in 1974 and then in Iowa before I bought it in ’79. It’s kind of a sports car and really fun to drive. We’ve driven it up to Canada. Volkswagens are probably the easiest to work on. As cars get newer, they get trickier. 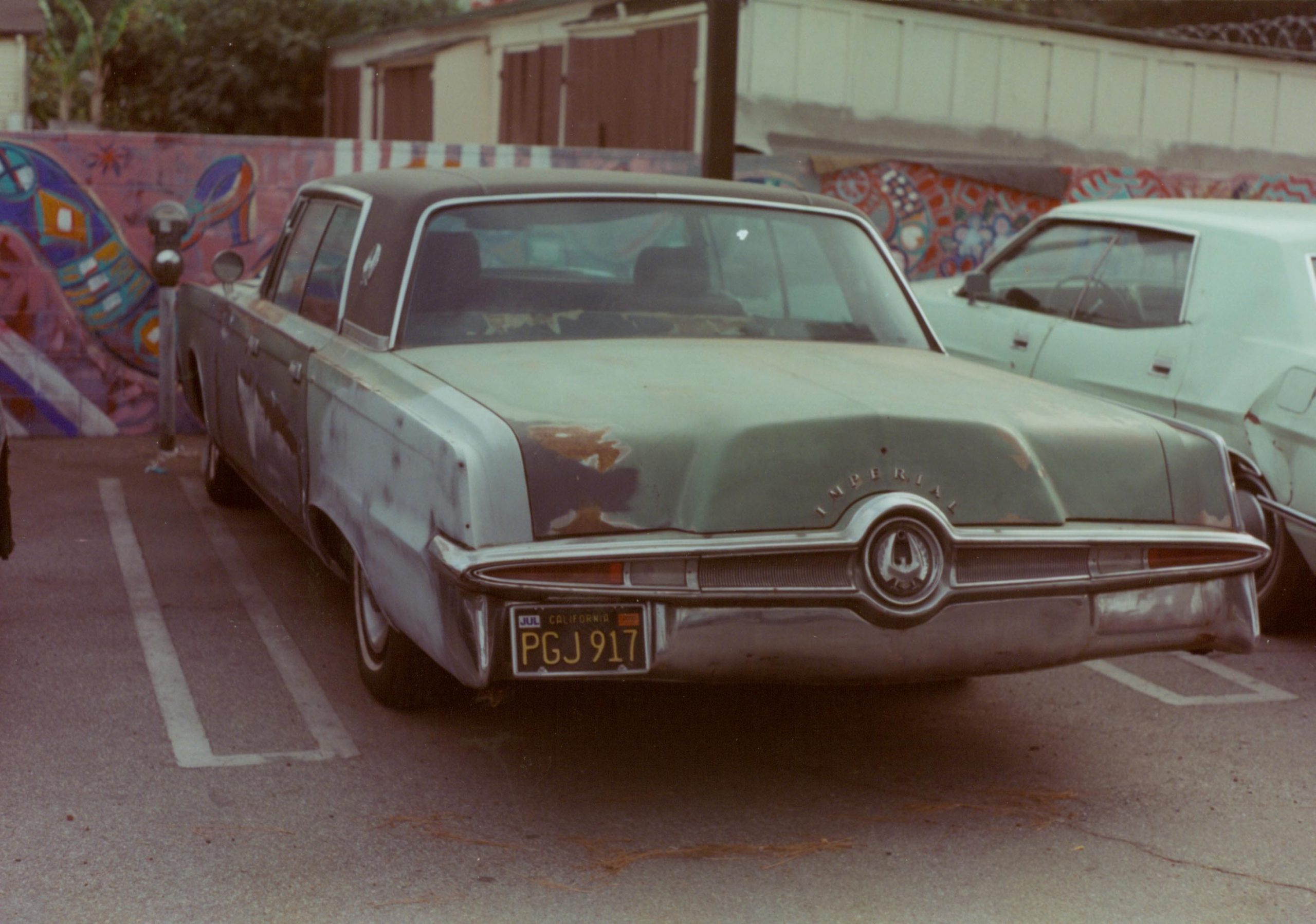 This was my brother’s car, he’s kinda like me, but he moved to France and I was left with his cars. He was living in San Pedro and lost his job, so he had the car towed to Lancaster, then back to San Pedro, then I brought it here with my tow truck. He loved the car. I’m looking at my station in life and looking to pare down. I figure if I can sell 10 of them then I can concentrate more on the remaining 15 cars.