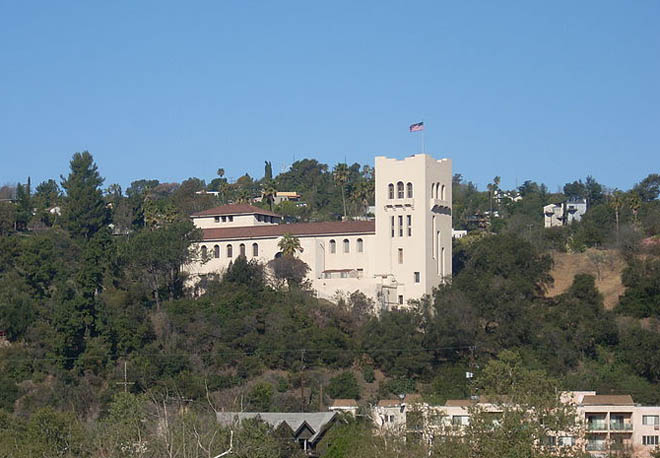 You’ve got to respect a man who takes his birthday seriously. Arroyo ambassador, anthropologist, and journalist Charles Lummis made it a tradition to gather fellow SoCal thinkers and hobnobbers during the early 1900s for an annual Meeting of the Order of Mad March Hares in celebration of all March babies, himself included.

For what would be his 154th birthday, the Los Angeles Visionaries Association is hosting a handful of events this Saturday as an homage to the man responsible for making people take note of the rich culture in the Arroyo Seco.

First up is a tour of El Alisal, Lummis’ Highland Park home and venue for the regular “noises” including the Mad March Hare shindig. It was while he lived here that the former (and first) city editor of the Los Angeles Times established the Southwest Museum, furthering his work as a Native American rights activist. You can join staff for a walk-through of the house from noon to 12:30 p.m. or browse on your own until closing at 4 p.m.

Lummis’ own collection of Native American artifacts is still on display at the Southwest Museum, where it joins exhibits covering American Indians of the Great Plains, California, and the Northwest Coast. The LAVA tour is full, but Saturday museum-goers will be happy to learn the exhibits are open again from 10 a.m. – 4 p.m. after a period of weekly closures for conservation work.

While there, it’s worth settling in for a brief talk about Lummis himself, particularly his time spent in the Southwest. (He became fascinated by the region while walking from Cincinnati to L.A. to start his job at the Times, a trek that took him 143 days.) Ahmanson curator of Native American history and culture Kim Walters will discuss his legacy advancing American Indian causes, which he continued almost up until his death in 1928.

For an example of true Arroyo culture, bookmark Judson Glass Studios, founded by William Judson of the Arroyo Guild of Craftsmen in the 1890s. The 3:30 p.m. tour with Dave Judson on Saturday is full, but the intricate stained glass work definitely deserves a lingering look sometime — preferably before Charles Lummis turns the big 1-5-5.