Home Essays Chadwick Boseman Was the Right Actor for Every Role He Took—and Always... 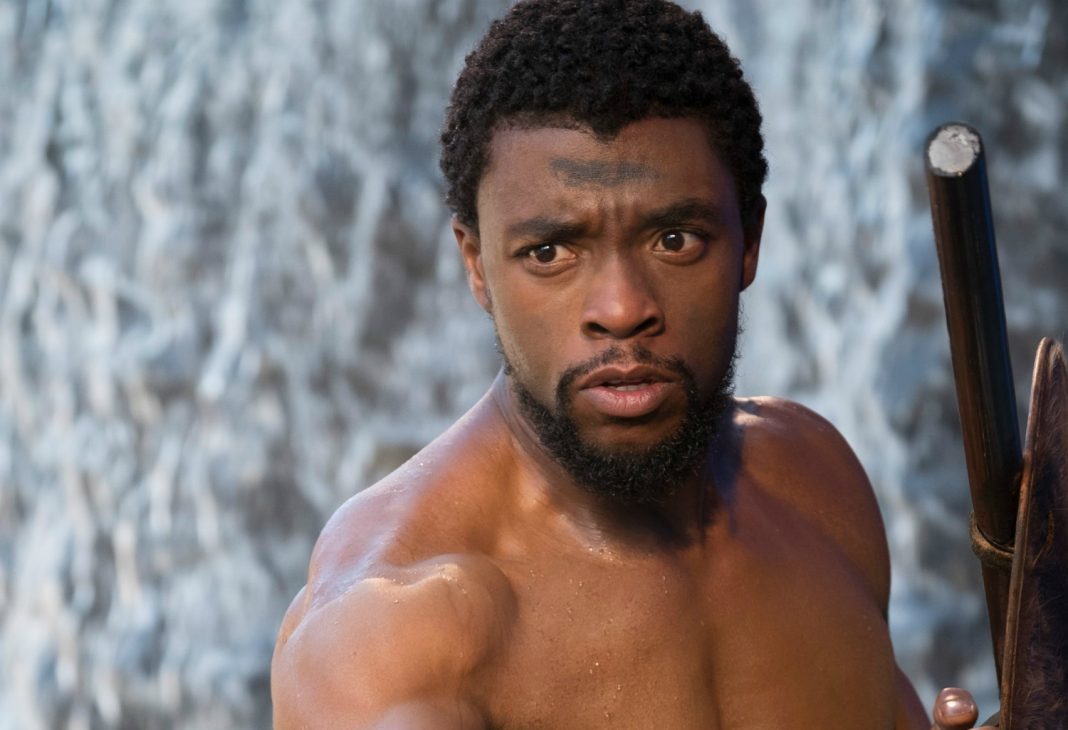 Seven years ago I took my eight-year-old daughter to see a movie called 42, which was the number that Dodgers legend Jackie Robinson wore on his jersey (and no one else has worn since). Silanchi’s mother and I had been deliberating fitfully and anxiously, in our clueless white way, at what point it made sense as parents to begin pulling back the curtains on America’s racist past for our young Black daughter. With some luck, 42 turned out to be an apt choice. It was a heroic story that had, all told, something resembling a happy ending without whitewashing the past or present. It gradually led us into conversations that needed to happen in our family, and at its center was a genuinely valiant and larger-than-life figure who, just by the very fact of his being, began a lineage of activist athletes that has included Muhammad Ali, Tommie Smith, John Carlos, Kareem Abdul-Jabbar, LeBron James, and Colin Kaepernick.

If the right movie was 42, Chadwick Boseman was the right actor because, like Robinson himself, Boseman’s portrayal so deftly threaded the needle between a stoic resistance to injustice and insistent nonacquiescence. Boseman remained the right actor up until he died at age 43 last Friday, on what just happened to be Jackie Robinson Day.

Only in the mass public consciousness a little more than a handful of years, Boseman might have been startled by the nerve his death has touched, and by the very real sorrow and dismay that it provoked. It was in keeping with the poise and self-possession conveyed by Boseman as Robinson and as young future Supreme Court Justice Thurgood Marshall that the actor did his dying both in plain sight and in private, notwithstanding whispers of recent months that there was something wrong. While the adjectives eulogizing Boseman the man and movie star have been fitting—elegant, dignified, graceful—let’s hope the scope of his brilliance isn’t lost in all the ascribed stateliness: It’s one more sign of life’s vagaries that in the year award-givers were so besotted by Eddie Redmayne as Stephen Hawking in The Theory of Everything, the best performance was Boseman’s extravagant and kinetic turn as James Brown in Get on Up.

Chadwick Boseman rests in power, his career a nova extinguished on the dark side of the moon where the rest of us feel we’re living these days.

And then there was Black Panther. Arriving six months after white supremacist torchlit parades in Charlottesville, it had all the more impact a year into the administration of a president reluctant to denounce the “very fine” fascists who run over peaceful protesters.

Black Panther was the spearhead of an emerging African American cinema that testified to Black empowerment. When a project has kicked around Hollywood as long as Black Panther (a couple of decades), it’s hard to be sure how much its timing is fortuitous and how much it’s a totem of the zeitgeist, but Black Panther became a grail among Black filmmakers, benefiting not only from determination but the coherence of a moment in which the movie felt necessary. With the contributions of Lupita Nyong’o, Michael B. Jordan, Daniel Kaluuya, Angela Bassett, Forest Whitaker, Kendrick Lamar, Ryan Coogler, Hanna Beachler, and Ta-Nehisi Coates, Black artistry and Black vision reached critical mass in Black Panther, and in the lead role, Boseman became the face of the moment carefully chosen over two dozen other contenders.

Black Panther would have represented something monumental at any locus of any culture’s timeline, but loomed all the larger in an American Reich led by a bloated citric-tinged reality-TV reject. It still feels inevitable we’ll see a response called Snow Leopard slithering its way onto racist websites like Stormfront by way of Dinesh D’Souza or Steve Bannon in his jail cell.

There’s no question in my mind that 20 years from now, assuming we’re all still here, we’ll look back on Black Panther as the most important movie of the decade. More than that, we’ll look back on it as the most American movie of any America worth believing in, and it’s impossible to imagine someone other than Boseman bringing from Wakanda to America the same combination of chops and star power, charisma and gravitas, grandeur and captivation that helped carry both the movie and the responsibility of its implications.

Chadwick Boseman rests in power, his career a nova extinguished on the dark side of the moon where the rest of us feel we’re living these days. They don’t come any more Gone Too Soon than this.

RELATED: Black Panther Was the Best Picture of 2018—by a Mile