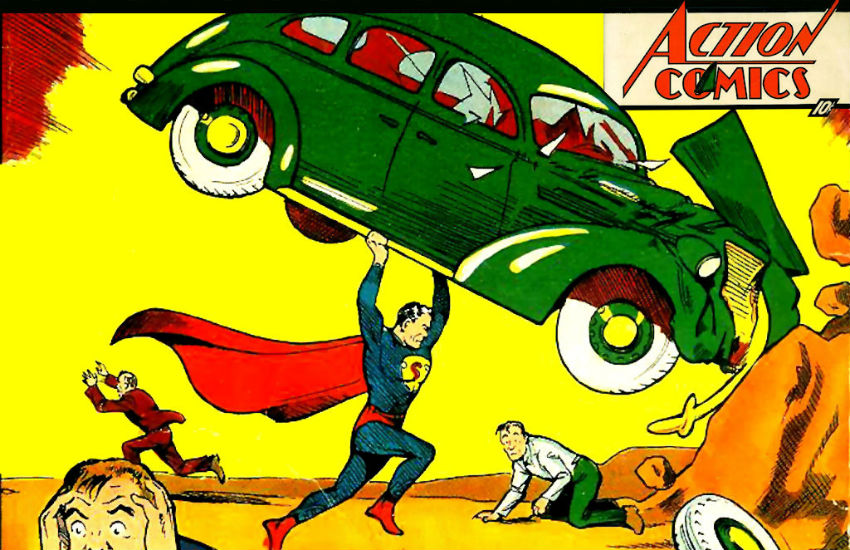 Beyoncé Knowles-Carter’s father Mathew Knowles is currently having a garage sale outside his office in Houston, where you can buy giant cardboard cutouts of his famous daughter, as well as Destiny’s Child tour books, clothing, and other memorabilia (apparently some nice office furniture is up for grabs, too). Knowles pere, who managed Destiny’s Child, Beyoncé, and her sister Solange before the revelation of his extramarital affairs and the children that resulted from them led to his 2011 divorce from Beyoncé and Solange’s mother Tina, is clearly in need of some Christmas cheer.

Mr. Knowles is, however, far from the only celebrity parent (or actual celebrity) to clear out the attic in search of extra scratch. Last year, we reported on another celebrity auction right here in L.A., in which dermatologist to the stars Dr. Arnold Klein sold off, among other things, a large collection of Dolly Parton memorabilia, a couple of Degas paintings, and an actual lightsaber from the set of Star Wars. While Klein’s collection of kooky Hollywood artifacts, antique furniture, and art may still be the most impressive (his collection took up 12,000 square feet of space), there’s no shortage of records of celebrity auctions online—some crazier than others.

Here’s a ranked list of the most bizarre items celebrities have auctioned off. If you’re lucky, maybe Santa will bring you one of the treasures described below.

5. Mathew Knowles
While giant cardboard cutouts of the members of Destiny’s Child are pretty cool to have around (although your house would have to be massive in order for them not to dwarf all of your other possessions), the best items on offer at Knowles’s garage sale remain the “Miss Kelly” and “Beyoncé in Texas” tees. We have no idea how much Mr. Knowles is asking for those, but we’re sure they’re going like hotcakes—who doesn’t like to sartorially celebrate the historical milestones of Kelly Rowland’s shaky solo career and what looks to be an early 2000s jaunt to the Lone Star State by Queen Bey?

4. Sharon Murphy
After actress Brittany Murphy’s tragic and untimely death in 2009, her parents Sharon Murphy and Angelo Bertolotti had a nasty and very public fight over Murphy’s legacy. The conflict reached a new level in 2013, when Sharon Murphy decided to auction off some of her late daughter’s personal possessions. Among them were outfits Murphy had worn to events like the 2002 MTV VMAs, costumes from movies, and perhaps most shocking of all, her passport. The latter purportedly went for a little over six hundred dollars.

3. Burt Reynolds
Burt Reynolds very recently auctioned off a whole boatload of his personal belongings via Julien’s Auction House in Beverly Hills. We don’t know if the star of Smokey and the Bandit is in dire financial straits, but he’s certainly getting rid of some interesting stuff. How about a handful of football trophies from Reynolds’s high school years in Palm Beach? Or perhaps a heart shaped frame with a picture of Reynolds, inscribed by Elizabeth Taylor?

2. Nicolas Cage
Nicolas Cage went through some very public financial trouble a few years back, which is why he has been in literally every single movie produced the last five years. The Oscar-winner is known as great lover of comic books and even owned a copy of one the most valuable comics in the world, Action Comics #1, in which Superman appears for the first time ever. Cage netted a whopping $2.1 million for that one, but not all of his comics were worth that much. We’re pretty sure Cage still has the whole stack of issues of Voodoo Child, the comic book the actor co-wrote with his son Weston, that eagle-eyed observers spotted at his 2013 open house sale.

1. John Cleese
The star of Monty Python’s Flying Circus, legendary funny man John Cleese, was very open about the fact that his divorce in 2008 from Alyce Faye Eichelberger, left him nearly penniless; in interviews, he told anyone who would listen that his so-called “Alimony Tour” in 2011 was organized solely to fund his legal fees. Cleese even did a one-off show with his fellow Monty Python alumni to cover the gap, but selling off his precious Bentley must have been by far the toughest call. With the car came a personal handwritten note from Cleese himself, in which the comedian professes his love for the car and lists all the other celebrities who’ve set foot in it (among others Jamie Lee Curtis and Kevin Kline, Cleese’s co-stars in the 1988 film A Fish Called Wanda). Cleese got approximately $26,000 for his wheels and tears.

Grammy Nominations 2023: Beyoncé and Jay-Z Lead, Tie for Most Ever