Home Uncategorized Celebrating Cheers on the 30th Anniversary of its Debut 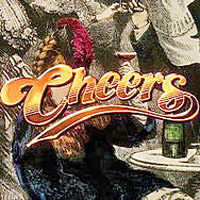 This Sunday while the 49ers trounce the Jets (probably), the Seahawks battle it out with the Rams, and the referees try to keep their eye on the ball, the faux Boston tavern that was birthed on an L.A. soundstage will celebrate its 30th anniversary. Cheers, the NBC sitcom that began as the Little Show That Nobody Wanted, has been so thoroughly absorbed into the cultural landscape it’s probably playing somewhere on syndicated TV right now.

Arguably the last great “writer’s sitcom” of the 1980s, Cheers was actually a 1970s amalgam of the intelligent, workplace-based situation comedy of The Mary Tyler Moore Show and the absurdist slapstick of Fawlty Towers. It virtually invented the “sexual tension between lead characters” arc that graces half of the shows now on the tube. (How long before Mindy Kaling and Chris Messina hook up on The Mindy Project? Provided the show isn’t cancelled.) It elevated bearded, laconic director James Burrows to a TV God. It revealed the comic brilliance of Shelley Long, Kelsey Grammer, and John Ratzenburger. It introduced “Norm!” to every bar on the planet. Despite being the old Bosom Buddies set on Paramount, the overstuffed environs of Sam Malone’s sports bar became as evocative of Boston as the swamp in M*A*S*H became of the Korean War. Both now sit on permanent display in the Smithsonian.

“I could well remember the pitch for Cheers, conducted over breakfast in the private dining room at NBC in Burbank,” writes ex-NBC programming honcho Warren Littlefield in his recent bestseller Top of the Rock: Inside the Rise and Fall of Must-See TV. “Director James Burrows with Les and Glen Charles, who would create and executive produce the show, had visited a Boston bar where customers (and their stories) entered through a revolving door. Over scrambled eggs and bacon they spun out the nearly limitless possibilities such a setting would afford. The only sensible response was ‘Let’s do it!’” Did Littlefield have a choice? A blurb from the Dubuque Telegraph-Herald just two months before Cheers’ premiere underscored the dismal state of the network at the time: “The network is sky high on Cheers. NBC hasn’t come up with anything better than Diff’rent Strokes in years.” Ouch.

The facts have, by now, been enshrined as legend: The uneventful debut on an uneventful Thursday night against ABC’s Simon & Simon and ABC’s Too Close for Comfort; the grim first-season ratings, which placed it dead last—#77 out of 77 shows—on the Nielsen butcher block; the near-cancellation rescued by the Dream Team of Littlefield, Brandon Tartikoff and Grant Tinker and the show’s eventual piggybacking on the Cosby Show juggernaut. (In honor of one of their benefactors, the Charles Brothers originally added a “highly opinionated” character named “Mrs. Littlefield,” to be played by the great stage dame Elaine Stritch, but later had to cut for time.) By 1985, Cheers was a hit. It went on being a tentpole for NBC’s Thursday night for the next eight years until going dark in May 1993.

There was, of course, a lot that came before “Let’s do it!” Burrows, fresh off the success of Taxi and Mary Tyler Moore, originally pitched Cheers as “a 22-minute Miller Lite commercial” with the lead character an ex-football star based partly on a bartender the Charles Brothers knew in L.A. (At the time, the network was pushing for ex-L.A. Rams defensive end Fred Dryer as Sam.) Julia Duffy and Lisa Eichorn were considered alongside ingenue Shelly Long for the role of know-it-all barmaid Diane Chambers. The veteran stage actor Robert Prosky, two years from his breakout role as Shelly “The Machine” Levine in Glengarry Glen Ross, was supposed to play the loveable dim bulb Ernie “Coach” Pantusso. John Ratzenburger originally read for the part of barfly Norm Peterson, but after losing out to George Wendt improvised motormouth postman Cliff Clavin with his fly open. The theme was almost going to be “People Like Us,” a song from the forgotten musical Preppies, but the rights were tied up. Instead, the musical’s songwriters Gary Portnoy and Judy Hart Angelo wrote a new theme with a line inspired by “Mira,” a song from the forgotten 1961 musical Carnival! (“What I liked the best in Mira/Was that everybody knew my name!”)

As for the actual setting of Cheers, numerous locales were considered (including a hotel and a country club) before Tom Kershaw’s Bull & Finch Tavern on Beacon Street just off the Boston Commons was chosen. Charles, Burrows, and Charles had nearly settled on a California desert stopover halfway between Vegas and L.A. “We thought about setting the show in a bar in Barstow… because you can get all types there – stars or people going to try to win their fortune,” Burrows told Jimmy Kimmel in 2003. “Then we said, ‘We just want to do a sports bar, but we need to set it in a city in which has rabid sports fans’ and Boston came right to our minds.” Like the dingy underground garage in Taxi, the tavern in Cheers was a place where, Les Charles recalled in an interview with the Archive of American Television, “The stories walk in the door. You don’t have to go out looking for them.”