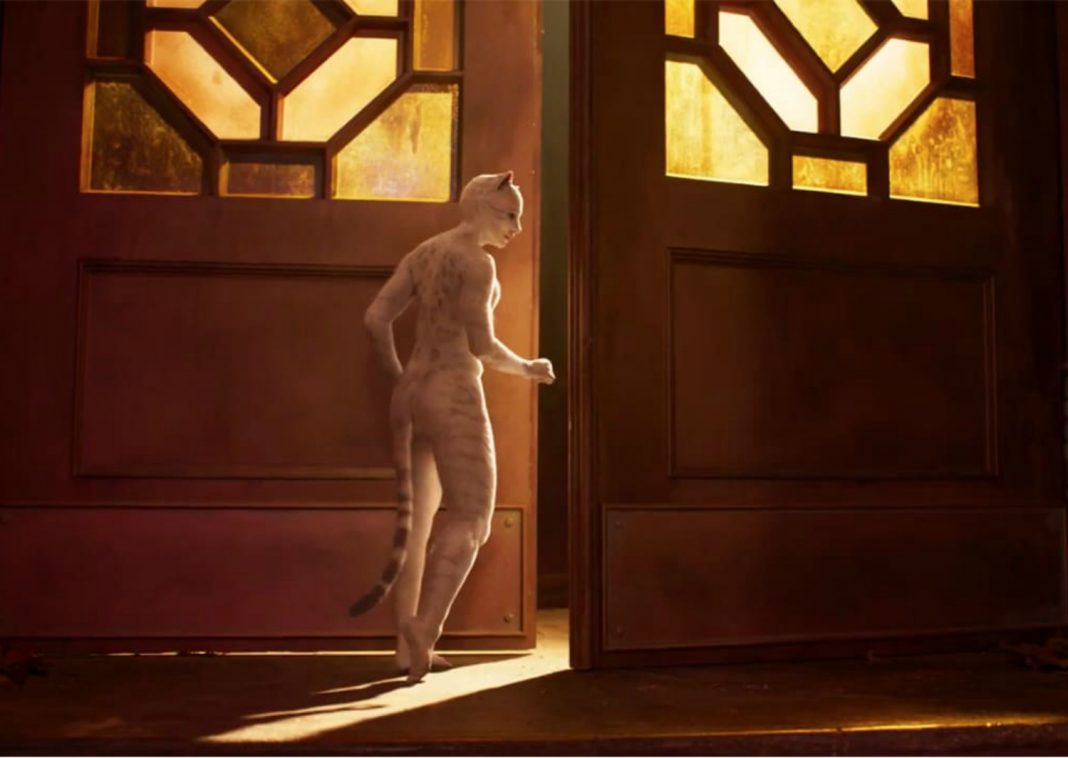 By now you’ve probably seen the trailer for Cats—likely more than once, since the version posted on Universal’s YouTube page has been viewed almost 3.3 million times since it was posted yesterday. Set for a Christmas release, Tom Hooper’s adaptation of the long-running Broadway musical briefly served as catnip to Twitter denizens who caught cat scratch fever as the clip played out its predictable viral lifecycle before everyone moved on to the the trailer for Top Gun: Maverick or the president’s latest racist tweets.

For one viewer, however, the Cats trailer inspired warm and fuzzy feelings. Spottacus Cheetah, a participant in the furry fandom community, watched the trailer while at Comic-Con in San Diego. Spotti was there with several steamer trunk-sized cases holding some of his 20-25 custom-made fur suits, some costing into the five figures. (His latest, Rawr Dragon, will make its Comic-Con debut on the convention floor today.) Best known for his cheetah persona, Spotti, as he’s known to his furry friends, also embodies a wolf, a tiger, an ocelot, and other fantastic beasts for the past 30-plus years. When not in his fur suits (though he’s frequently in his fur suits), Spotti is a 60-year-old Bay Area doctor, inventor, tech entrepreneur, and former Stanford professor. He spoke to Los Angeles by phone from San Diego. (This interview has been edited and condensed.)

Have you seen the Cats trailer?

I have seen the Cats trailer. My reaction is a little different then the general public’s. I tend to appreciate the anthropomorphic efforts more than the CGI efforts, so I actually liked it. I do understand that for some it falls into the uncanny valley, but, for me, seeing the characters acting out in an anthropomorphic form was actually wonderful.

You seem to live in the uncanny valley.

I try not to actually! When you’re suiting, there’s a general rule that you do not break the magic. That you do not take off your head. Even people who fur suit and do stage work understand that to have a human face and animal body falls into that uncanny valley. Typically, what we try to do, is never take your head off in public. Go somewhere where you’re not seen, because it is a somewhat jarring experience for some. And the other [rule] is that you either make your suits cartoony in which case you don’t expect a human face, or you make it hyper realistic in which case you expect animal-like eyes and teeth. You typically don’t mix the human aspect by taking off the head or making it somewhat of a crossover or hybrid.

But in the Cats trailer, that’s exactly what they did.

Yes. That is exactly what they did.

Is that going to upset people in your community?

Well, it can be jarring and you can see that by the internet reaction. I think another example would be when they anthropomorphized the Sonic character. You had these hairy legs and this hairy body and people were really repelled by it. I think part of it is the difference between fur and hair. Digital hair can be kind of unnerving and unkempt. Whereas you think of a character like Sulley in Monsters, Inc., who was totally covered in fur and was adorable. Fur is appreciated, but when it starts to cross over into a more human hair, people tend to not like that.

Will Cats be good for the furries?

I think yes. People have all sorts of ways that they reach this anthropomorphic feeling. It can be a cartoon that they saw. For a generation, it was the Disney Robin Hood, it was The Lion King. Whatever you see when you’re younger tends to get into your brain. And for some, it was, in fact, seeing Cats. Fifteen years ago there was a group of fur suiters who wore and duplicated the Cats suits and they went to all the furry conventions. And they were absolutely welcome. They were adorable.

A lot of the blowback from the trailer was how uncomfortable people were with how “sexy” the cats looked.

What I understood from some of the pushback was that it was kind of a hybrid choice. They didn’t want to offend anyone. There were mounds but no “structure.”  If you think about dancers in stage productions, they tend to be highly athletic and when they were dance wear it does show their bodies. When I watched [the trailer] and I watched some of their poses, what I saw were dance poses. So I interpret it more as looking at dance wear, which is an interesting interpretation. When you watch Broadway dancers move, their moves are engaging and occasionally erotic, so the question is, do you erase that? They made some choices. I enjoyed the dancing because I’d seen the play before, but I don’t think it was intended to be sexualized. I think they toned that down.

One post I saw zeroed in on the placement of a cat’s tail, which the writer thought looked like a penis.

I didn’t see that. I don’t think it was intended to be sexualized. There were some design choices that could’ve been thought through better, but of course, the internet is full of trolls. The general reaction has been strong enough that maybe they do need to rethink some of the CG choices. If you make the choice wrong, it does send a different connotation.

Do you resent that they didn’t call you as a consultant?

[Laughs] Not at all! I’m highly scientific and mathematical, but I’m not artistic in that sense.

But you’ve been dancing in a cat suit for 30 years!

That’s true! I have no illusions that while I enjoy dancing and movement that I’m anywhere near the professional level of these folks. From my point of view, the idea of transformation, presenting yourself in a form that you want others to see you in, is really what the furry fandom is about. You have these fixed characteristics—age, gender, height, race—and you can rewrite that. We’re doing that in our communications every day using avatars that are animals in our messaging, in online gaming. To me, this kind of transformation is beautiful to watch and it’s really life changing to experience. The fact that people will be talking about this and the conversation can stay on track, it’ll be a good thing for everyone, including the furry fandom.

Will you see Cats next Christmas?

What will you wear?

I will be in suit of course.

Anything special for the occasion?

Being a cat person, I have enough cat suits to choose from. I would just go with my tiger suit. I’ve watched a lot of movies through furry eyes, in fur suit. I’ve been to the San Francisco Symphony in full fur suit. I enjoy the experience of watching something feeling transformed. I love that experience.