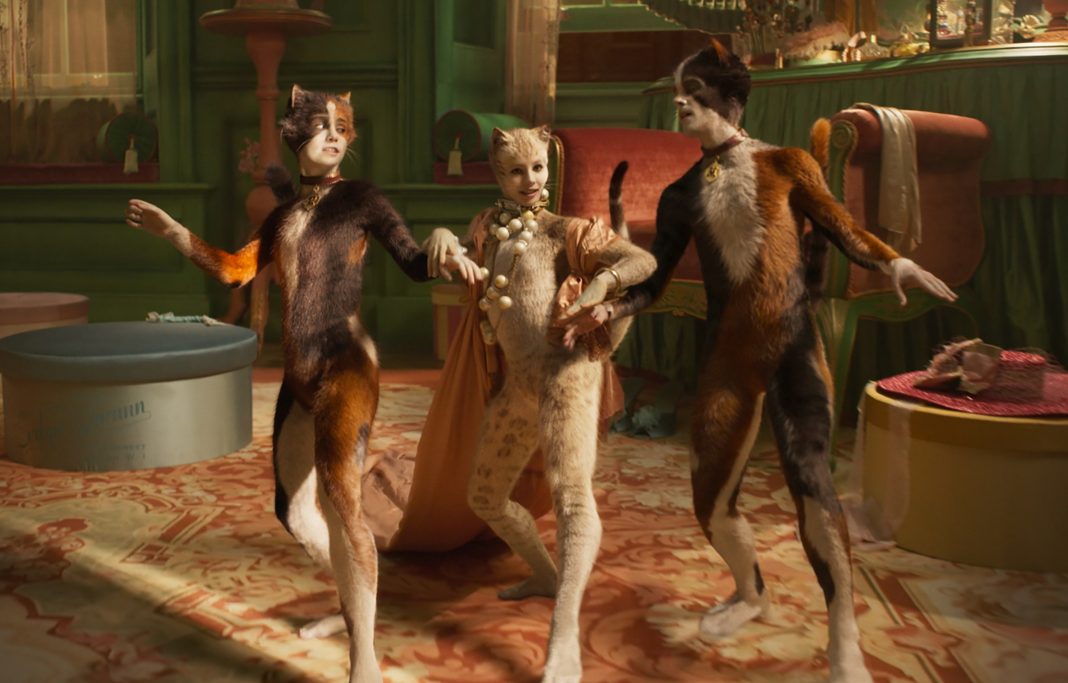 It’s not like we thought the new movie version of Cats was going to be “good,” but maybe we thought it would be, you know, fine. An animated (well, sort of) holiday family movie with big stars, well-known source material, and huge studio backing. But, when critics’ early takes on the film started rolling out on Wednesday, the takes were savage enough to distract us (momentarily, at least) from a literal presidential impeachment. Here are some of our favorite Cats movie review morsels.

Publication: The Los Angeles Times
Headline: Cats Is A Horror–and an Occasional Hoot
Choice Quote: “Given how often the movies tend to stereotype felines as smug, pampered homebodies, there are certainly worse characters one could spend time with, though I am hard-pressed at the moment to think of many worse movies. I say this with zero hyperbole and the smallest kernel of admiration. For the most part, “Cats” is both a horror and an endurance test, a dispatch from some neon-drenched netherworld where the ghastly is inextricable from the tedious.”

Publication: IO9
Headline: I Have Seen Sights No Human Should See
Choice Quote: “The fur breasts that distracted us in the trailers are at least subdued. Everyone’s digitally androgynous, as if baby’s first Photoshopper had a little too much fun with the smoothing tool, though some are smoother than others.”

Publication: Entertainment Weekly
Headline: Cats is Exactly As Crazy As You Thought It Would Be
Choice Quote: “Even after 110 tumbling, tail-swishing, deeply psychedelic minutes, it’s hard to know if you ever really knew anything — except that C is for Cats, C is for Crazy, and C is probably the grade this cinematic lunacy deserves, in the sense of making any sense at all.”

Publication: Variety
Headline (OK, technically, subtitle): Nine may not be enough lives for some of the stars to live down their involvement in this poorly conceived and executed adaptation of Andrew Lloyd Webber’s hit musical
Choice Quote: “Sadly, this uneven eyesore turns out to be every bit the Jellicle catastrophe the haters anticipated, a half-digested hairball of a movie in which [director Tim] Hooper spends too much energy worrying about whether the technology is ready to accommodate his vision and not enough focusing on what millions love about the musical in the first place.”

Publication: C/Net
Headline: A Seriously Unique Disasterpiece
Choice Quote: “Instead of taking Sonic the Hedgehog’s route away from the uncanny valley, Cats buries its head deep in its human-cat hybrid world. The tiny Na’vi cousins have human hands, feet, lips, noses, eyes and, in some cases, breasts. Their fur is their best feature, beautifully photo-realistic. But the compliments end there.”

Publication: The New York Times
Headline: They Dance, They Sing, They Lick Their Digital Fur
Choice Quote: “It is tough to pinpoint when the kitschapalooza called “Cats” reaches its zenith or its nadir, which are one and the same. The choices are legion.”

Publication: The Washington Post
Headline: ‘Cats’ the movie is pretty crazy. But you already know that, and you don’t care.
Choice Quote: “Some people say that “Cats” […] has no plot. But by “plot” they probably mean “point.” And by “some people,” I mean me. But it is what it is, and boy is it ever.”

RELATED: How to Pair the ‘Cats’ Movie with Cannabis

A Feline Furry at Comic-Con Reacts to the “Cats” Trailer