Home Theater There’s No Way a Movie Version of Cats Can Live Up to... 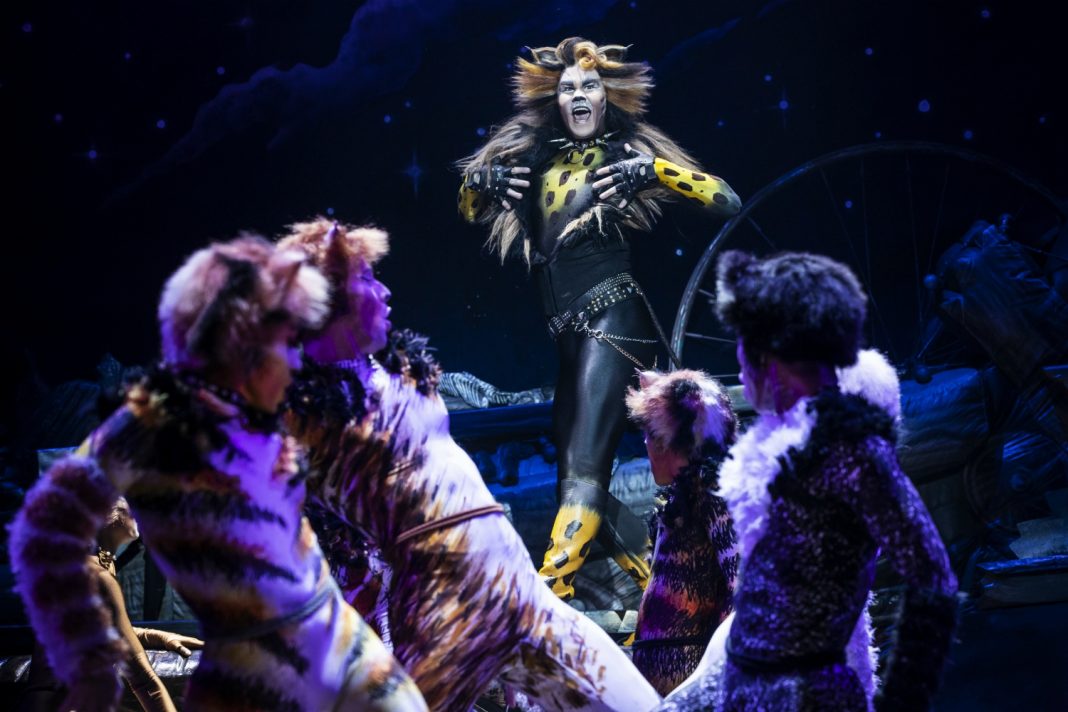 “I really hope they don’t come through the audience,” I said to my boyfriend as we took our seats for the opening night of the musical Cats at the Hollywood Pantages Theatre. We were right on the aisle, perfect bait for any shenanigans involving audience participation or accidentally tripping a roving actor. I love musicals, but I also love a very sturdy fourth wall.

The show opened to surprisingly uproarious applause. Cat after cat slunk onto the stage, until there were more leg warmers than I could count. Actors most certainly did make their way through the theatre, but the full house ate it up. Heads turned, people laughed, a couple in front of me clasped each others hands in delight. 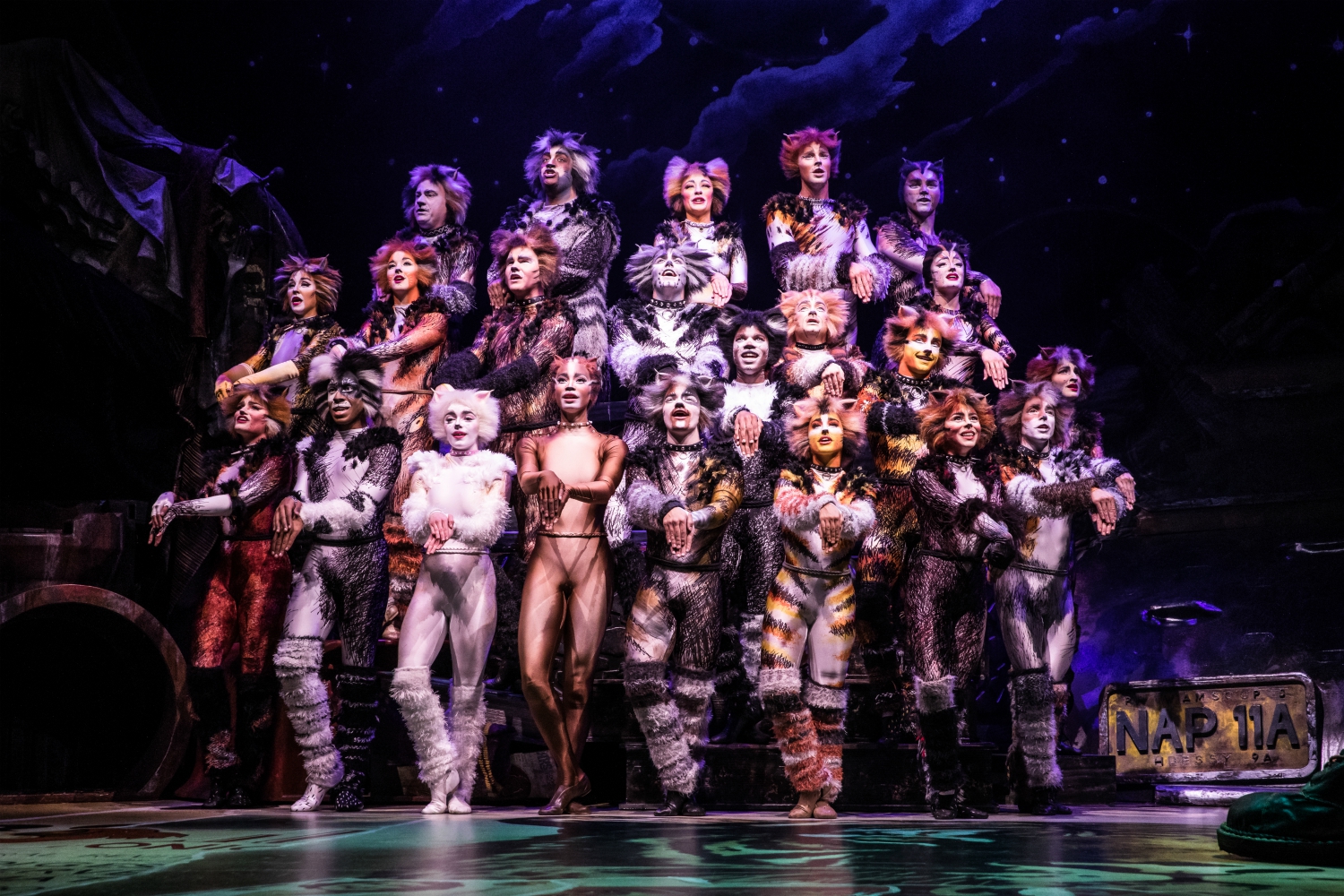 The amount of talent was almost…unfair. Virtually every single cast member could lift their leg above their head while spinning mid-air and doing a Pilates teaser all at the same time. The voices—be still my high school theater kid heart! Even the schmuck with mismatched tights in the back row could belt. When the whole chorus sang together, it was pure magic. And don’t get me started on the actress who played Grizabella (who sings the only song we all know from Cats, “Memory”—all alone in the moonlight!). Her voice was not of this world.

There were pirouettes and fog effects and unbelievable lighting cues AND ONE CAT THAT HAD A RAINBOW, LIGHT-UP JACKET.

But when the lights came up for intermission, we all had the same question: What on earth is this show about? 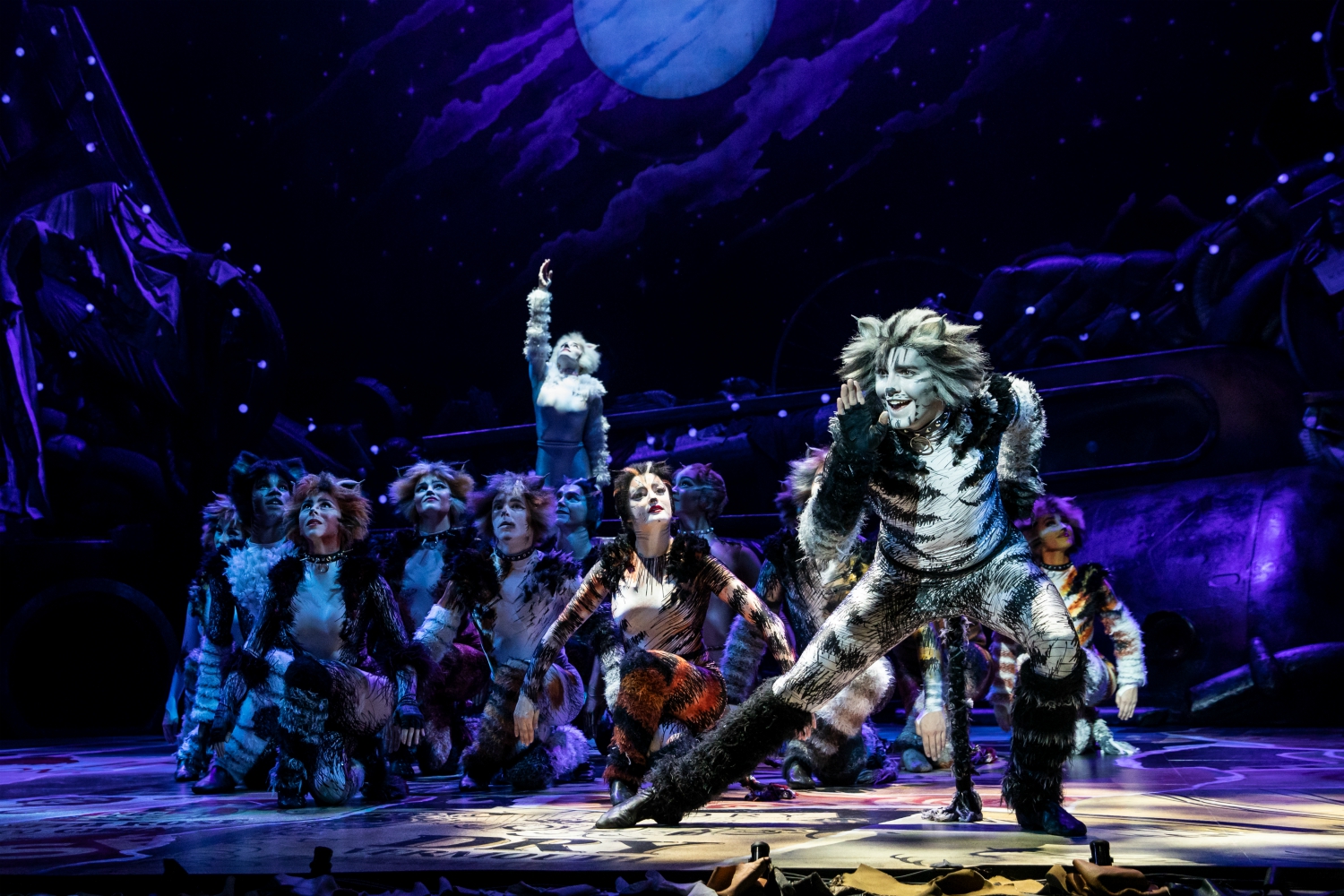 I googled the lyrics, and they make little to no sense. They are one part modern poetry, two parts made-up words, like “Jellicle” and “Rumpleteaser” (which I think translate to “regular” and “troublesome cat,” respectively, but who can be sure?). Instead of a plot, the musical is a progression of cats introducing themselves; it’s kind of like an Avengers movie, only instead of chiseled, sexy superheroes in leather there are chiseled, sexy, ballet-trained dancers in leotards. And there’s rhythmic talking—like, cartoon-beatnik jazzy rhythmic talking. Like the kind that shows up in any SNL sketch parodying musicals. But the talent! The lights! The furry headpieces!

What if it didn’t matter what the show was about? What if we were all there only because we heard this show was good? Or maybe because it won a buttload of awards? Remember that time we all saw The Shape of Water for the very same reason? And we all loved The Shape of Water!

It makes complete sense that Hollywood is (finally) churning out a version of Cats for the big screen, featuring Jennifer Hudson (yay!), Taylor Swift (uggh!) and Idris Elba (shouldn’t he be off playing James Bond?). We will all go see it because we heard it’s good, that it might win awards—it doesn’t really matter what it’s about.

Just imagine the pitch meeting: “Think Chicago meets A Star is Born, but with fur and face paint. It’s Andrew Lloyd Webber—big star, major name—writing music to the words of T.S. Elliot. Kids know Elliot from reading the Sparknotes for The Waste Land in AP English. Taylor can perform at the Oscars. We’ll get a million dollar budget for sparkly tap shoes alone. It’s a sure-fire blockbuster!”

But there’s no way a movie will be able to live up to the experience of seeing Cats live. Even for a fourth-wall stickler like me, the tidal wave of the cast’s pure talent somehow breathed life into a bizarre script. Tears ran down my face during the show’s final number, which involved a gigantic UFO tire and a flying cat (obviously). It didn’t matter that the words made no sense. The emotions of the show made sense, and that transcended all the nonsense.

The joy of the Jellicle Ball (don’t worry about it) was palpable as we shuffled out of the theater. It didn’t even dissipate when I saw a “pet influencer” cat in a stroller having its picture taken in the lobby. The music has become part of every conversation I’ve had since that night. Maybe I don’t mind actors running through the audience after all.

RELATED: How the Kilroys Are Beating Theater’s Boys Club