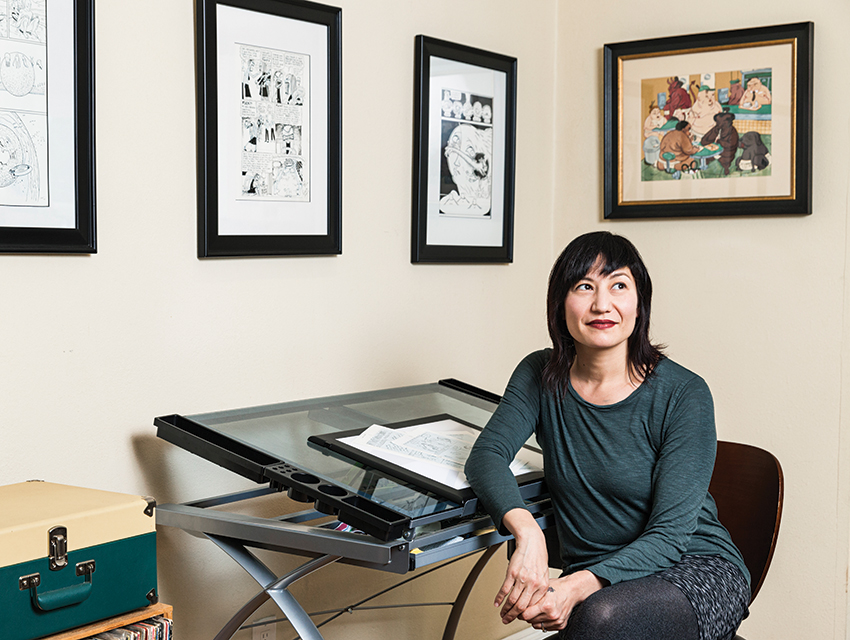 Most of us document a friendship with photo albums or stockpiled communiqués saved across various social media platforms—or in shoe boxes, depending on your age. Atwater Village-based cartoonist MariNaomi put in more effort with I Thought You Hated Me (out September 21), a graphic memoir saluting her three- decade relationship with a girl named Mirabai Jones (a pseudonym, but then, so is MariNaomi). The book portrays a bond that is equal parts sweet and brutal, complete with passed notes, first cigarettes, casual love triangles, and life-altering disease.

MariNaomi began creating comics in the ’90s with stapled zines; her first book, Kiss  and Tell: A Romantic Résumé, Ages  0 to 22, hit shelves in 2011. I Thought  You Hated Me is the 43-year-old artist’s third book in two years, follow ing May’s Turning Japanese (about  her time spent working in a Tokyo hostess bar) and 2014’s Dragon’s Breath and Other True Stories (a collection of dark shorts that was nominated for an Eisner Award, the highest honor in the world of comics). The one-page scenes in her most recent work were inspired by the compact storytelling in Charles Schulz’s Peanuts cartoons: Each black-and-white panel—some minimalistic, others bold and detailed—represents an essential cog in a larger machine. As for the vignettes that made the cut, MariNaomi consulted Jones every step of the way. “Sometimes I would email her a rough draft of the book, and for a week or two I’d be stressing out, thinking, ‘Oh, God, I should scrap this whole project,’” MariNaomi says. “But then she’d get back to me and say, ‘This is great, thank you, I’m so touched.’ The time I spent examining our friendship made me appreciate how much we’ve gone through.”

With four memoirs behind her, MariNaomi is surprised to find herself capable of churning out another (which she is). “I used to think you got one,” she says, “like, ‘Here’s my memoir; this is my life.’ But here I am thinking, ‘God, I haven’t even bitten into the cheese yet.’”

This L.A. Illustrator Just Created the Gender-Fluid Fairy Tale We All Need

This Historic Theater Will Be Reborn as a New Hub for L.A. Comedy