Home Music Can We Interest You in an Opera That Starts With an Execution? 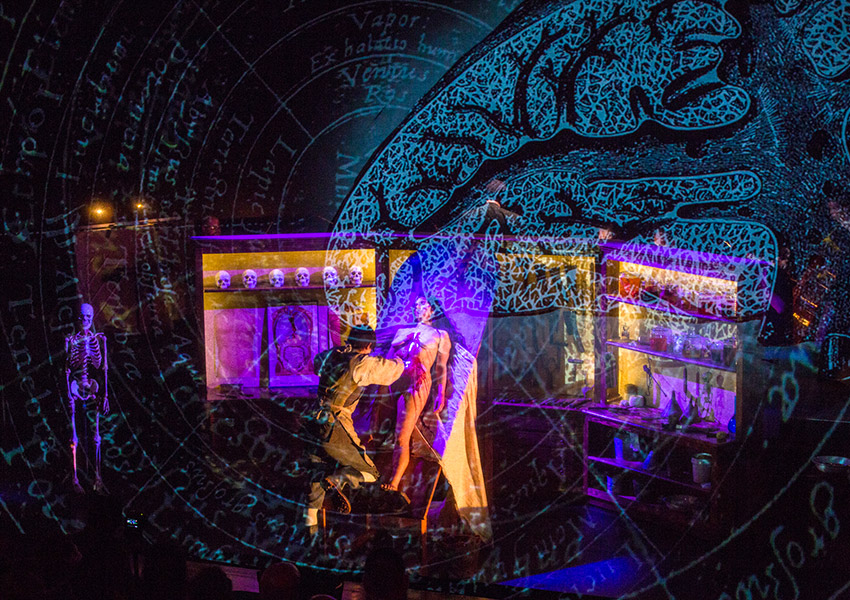 What opera comes with an advisory that the production features nudity, violence, mature themes and adult language? (Spoiler: it’s not The Magic Flute.) But that’s exactly the advisory you’ll get ahead of Pulitzer Prize-winning composer David Lang’s new opera, Anatomy Theatre.

“When we started this ten years ago,” Lang says, “we wanted to have a really proper execution. The executions of criminals have always been very public and grisly and joyous and kind of voyeuristically exciting affairs where huge numbers of people would show up to see justice being done and to drink beer and eat sausage and listen to music.”

That’s just the beginning of Anatomy Theatre, which makes its world premiere June 16 at RedCat at Walt Disney Hall. There is an “execution” (it doesn’t take place in the theatre), and what follows is a 75-minute examination of the role of evil in society.

“The opera, set in 18th century England, begins with the confession of this woman who is about to be hanged,” Lang says of the story. “She’s a prostitute who killed her husband and children. She’s definitely guilty, yet she explains her situation to you so it’s clear she had no other choice. The person who is set up as the grand evil person is the anatomist, who goes from town to town to supervise the dissection of criminals looking for signs of evil within their bodies.”

“The issue in this piece is, how do you protect yourself in a dangerous world?” Lang says. “It’s such a horrible thing that happened in Orlando. Art can’t approach that. I do think that there are things in life that make it impossible to close our eyes. Part of being alive is being open to seeing these things when they happen. We try to forget them. That is a little bit what this opera is about.”

Lest you think all operas are stuck in one tradition, Lang assures that though he loves and teaches the art form, that doesn’t mean Anatomy Theatre is your grandparents’ opera. “The idea that classical music was frozen and got stuck in time, I think there are a lot of people working to counter that idea. Composers have a job, and their job is to refresh the field. There are people in the world who aren’t getting the message that music and theatre can be connected in this visceral and powerful way, and they are not the people to see opera in that place. It isn’t just my job to write it, but to build the environment, audience, players and the way of talking about it to do everything to make the world a better place for the music I want to make.”