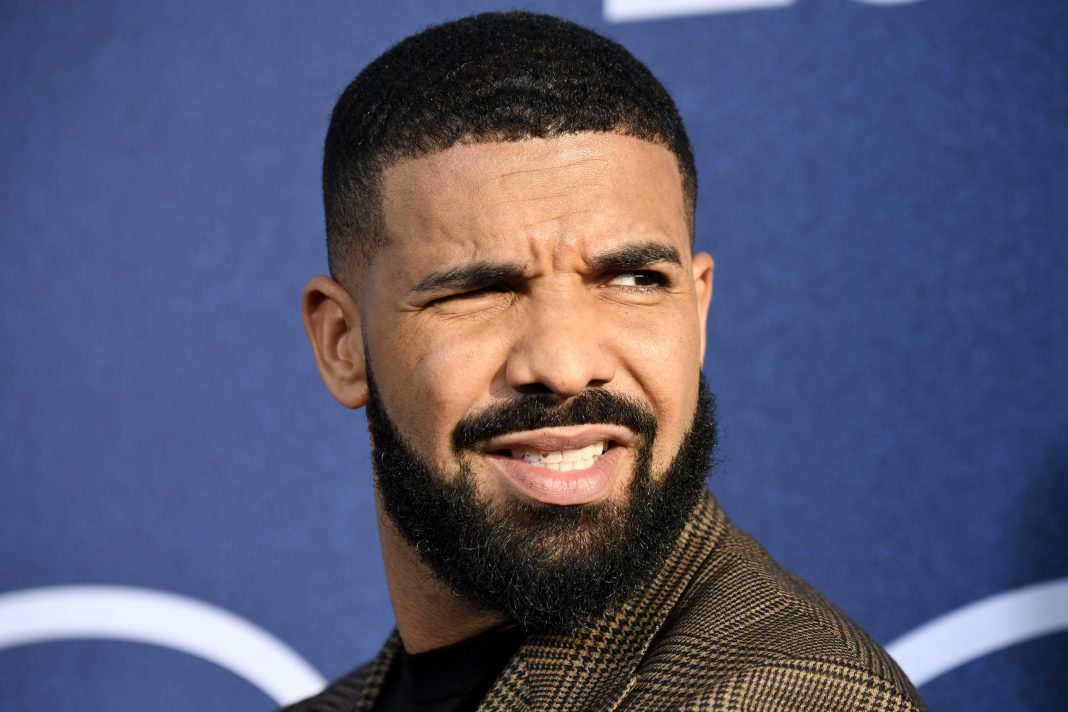 Surprise festival headliners are a risk. Of the tens of thousands of attendees, some portion of them are going to be disappointed no matter what. In the case of Camp Flog Gnaw Carnival, the disappointment from one contingent in the crowd was so intense that Drake slunk off the stage, ending the night early, and with a whimper.

The crowd wanted Frank Ocean. A small group of voices could be heard chanting his name at least as early as during the pre-headlining performance by YG. During the break between his set and the headliner—which has labeled on all marketing materials only as “???”—the voices grew. “FRANK. OCE-AN. FRANK OCE-AN.”

Finally, festival curator and informal host, Tyler, the Creator, came out on stage, dressed in a puffy, bright orange jacket and ear-flap hat, and addressed the crowd. “What if I bring out a couple friends?” he asked the audience, with a mischievous giddiness, clearly excited for what he had in store. He was met with cheers.

The first “friend” was ASAP Rocky, a long-time pal and collaborator with Tyler. The next was Lil Uzi Vert. The momentum was building. And then it was time for the big reveal: the “surprise headliner” of Camp Flog Gnaw, Drake.

He bounded on stage, opening with “Started From the Bottom,” and quickly moving through a series of well-worn hits. And while many certainly seemed excited to see him, it wasn’t the thunderous crowd response you might expect for a certified superstar.

At one point, breathing heavily between songs, sweat pouring from his face and soaking his Smashing Pumpkins tee, Drake spoke the the audience. He thanked his “young brother Tyler” for having him at the festival in spite of his having been in the game for years, recently celebrating his 33rd birthday, and generally being “kind of an OG compared to some of these guys.” (Tyler, the Creator is 28.)

After another medley, Drake pulled out two songs that are generally not a part of his live routine, by special request of Tyler himself, “Feel No Ways” and “Wu-Tang Forever.” It quickly became clear that they’re not usually in the set for a reason. What energy the audience had lagged during the slow, quiet numbers. And, from there, he was never really able to recover.

Through his performance, Drake had mentioned that he had been asked to only do a short set, but would keep performing if the crowd wanted him to be there. In this case, they didn’t.

“I’m here for you tonight. This is your festival. If you wanna keep going, I will keep going tonight,” he said, pausing awkwardly. Instead of the typical cheers, a vocal group pressed up toward the front barricade booed and told him to go. “We want Frank” chants grew. With some 20 minutes left in the schedule, perhaps they thought they were shooing him off in time for Frank Ocean to close things out with a couple of songs.

Drake, who has always made clear that he’s terribly sensitive, took the hint. “Well, look, it’s been love. I go by the name of Drake. Thank you for having me,” he said flatly, and walked off stage.

And then, confusion. Chanting. People looking around wondering what was happening. And, for several minutes, no information communicated by the festival to tell the audience what to do. People lingered around until crews came out to break down the stage and, eventually, a “thank you for coming” message appeared on the screens.

That moment—when it became clear that was just…it, the festival was over—was when the wailing, and even flinging of a few water bottles, began.

This was like 15 mins after Drake walked off and everybody realized Frank wasn’t coming, listen to this man scream 😭 pic.twitter.com/79NOgt8at7

“I thought bringing one of the biggest artists on the fucking planet to a music festival was fire! But, flipside, a lil tone deaf knowing the specific crowd it drew,” Tyler, the Creator tweeted on Monday morning. “Some created a narrative in their head and acted like assholes when it didn’t come true, and I don’t fuck with that.”

Why did so many fans allow themselves to create the narrative that it would be Frank Ocean in the first place, when the famously eccentric artist so rarely performs and nobody ever said he would be there? The rumor appears to have drawn, of course, to his friendship with Tyler and the Odd Future collective, but also a recent spike in public activity, suggesting a pending release of new music. He even dropped a new episode of his “Blonded Radio” project on Saturday, the day before the surprise, which several festival-goers could be overheard during the day sharing as evidence of the inevitability of his appearance.

Does it seem extremely likely that, at some point in the lead-up to the festival, someone from the Flog Gnaw team offered Ocean a slot on the bill if he wanted it? Certainly. And it would have been a delight to see, had that happened. But, in the end, nobody was promised Frank Ocean, and it seems a bit strange to get angry at an otherwise well-curated and well-run festival for not being able to produce one of the hardest gets in popular music.

In the aftermath, internet reaction has been divided between those who think the booing was disrespectful to Drake, Tyler, and fans who wanted to see a full set, and those who admit that, well, seeing one of the biggest stars of the past decade be sent home early by a young crowd who aren’t sold on his particular–and lately, pretty problematic–brand of pop, is honestly kind of funny. If nothing else, it gives a good glimpse at the kids who will be setting the cultural agenda as we go into the next decade.

Drake when he was on stage performing nothing but hits and the crowd started booing #campfloggnaw2019 #campfloggnaw pic.twitter.com/AZrVicXF0v

Seeing lots of video of Drake getting boo’d at Camp Flog. It sucks because Tyler books this festival himself. The lineup reflects his personal tastes and these are artists he usually has relationships with (Tyler asked Drake to do it as a favor). The disrespect is astounding.

Not at all shocking…..For a lot of kids listening to the hip-hop on the margins Drake is the face of chart-chasing commerciality. I remember LL getting booed back in ’89 at a rally. Whether right or wrong there’s always going to be folks who view music through those lens.

OK LAST TWEET, I WAS IN THE FRONT, AND I HEAR “TYLLLERRRR!” AND I LOOK TO MY LEFT, AND THIS GIRL, RED FACE, PUFFY, WATERFALL OF TEARS LOOKED INTO MY SOUL AND SAID, TREMBLING WITH ANGER “…WHAT ..THE ..FUCK!………IS THIS SHIT!” NIGGA I TURNED AWAY SO QUICK SHE WAS PISSED BRO

I HOPE YALL GOT TO CHECK OUT SOLANGE, SHIT WAS AMAZING

In the end, Drake (and all his millions) will be fine. Per a tweet from DJ Akademiks, the Canadian rapper described the events as “a moment of humility, which is always welcomed,” adding that Sunday “was just not my night, wasn’t who they wanted to see.”

RELATED: Essential Concerts to Catch This Month in L.A.