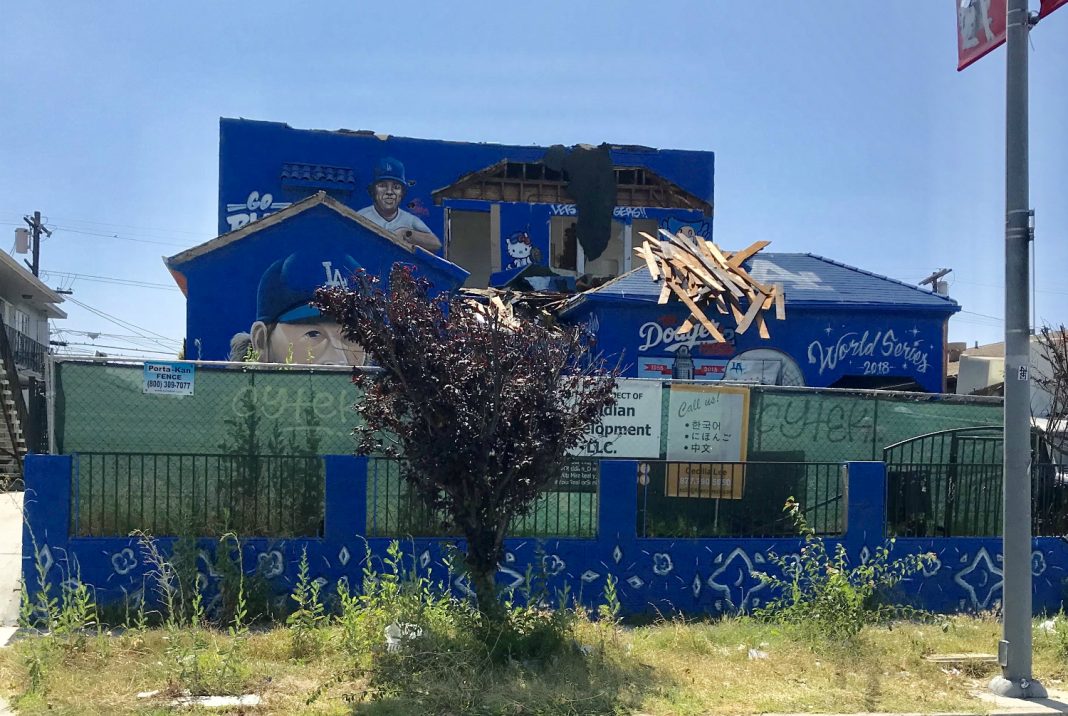 Demolition was underway today at 1626 S. La Brea Ave., which has been known since October as “the Dodger House.”

Last fall, during the team’s most recent trip to the World Series, the developer who had purchased the property gave muralist Hector Arias permission to paint the home Dodger blue and cover it in portraits of past and present players.

According to an NBC4 news story from last year, the Mid-City house was supposed to be demolished a couple of months later, but that date was pushed back. Arias was adding to the mural as recently as March, when he painted a monarch butterfly alongside a likeness of Clayton Kershaw to symbolize “rebirth and new life.”

The Dodgers are currently a fave to head to the World Series this year—now we just have to find a house for Arias to paint.