Home Transportation This Glorious New Bus to San Francisco Lets You Sleep in a... 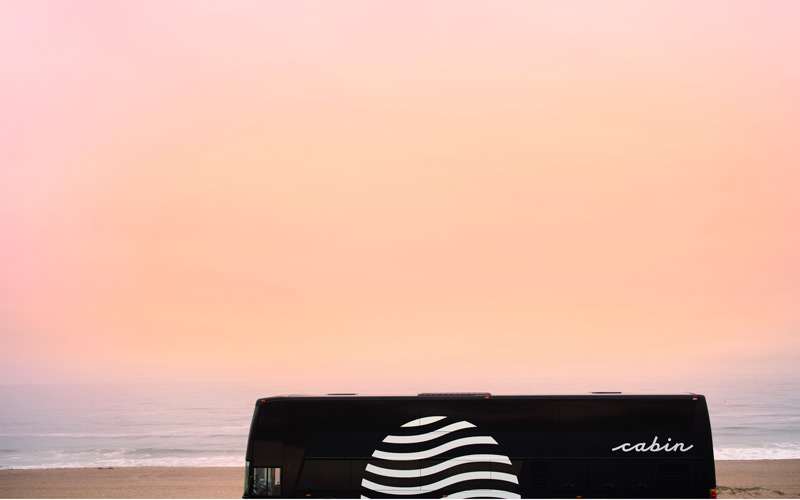 Unless you love driving, road trips are easier when you’re not the one behind the wheel. You can relax, look out the window, browse Los Angeles magazine Facebook posts (cough, cough), or take a nap. A new travel option between Los Angeles and San Francisco aims to make that nap as easy and comfortable as possible. Cabin is a moving hotel—basically, a luxury bus full of private sleeping pods—that drives passengers between Los Angeles and San Francisco while they sleep. The company just announced that it has secured $3.3 million in seed financing, and it will start the overnight rides on July 14. Reservations are available now.

All Cabin trips depart at 11 p.m. and arrive by 7 a.m. the next day. (Guests have the option of sleeping in until 9 a.m.) Ticket prices start at $115 each way and include access to a shared bathroom and lounge area. Each rider has a private sleep cabin that includes a window with a light-blocking shade, WiFi, and “sleep-inducing amenities.”

Until teleportation becomes a reality, Tom Currier, Cabin’s CEO and cofounder, considers his company the next best thing. He said, “Cabin’s moving hotel is changing people’s perception of what transportation can be.” At launch, the buses will run only between Los Angeles and San Francisco, but the company plans to expand service to additional cities.

RELATED: There’s a $99-Flight to Iceland, and Here’s Exactly What It’s Like