Home Dining Why Is Brunch Still a Thing? 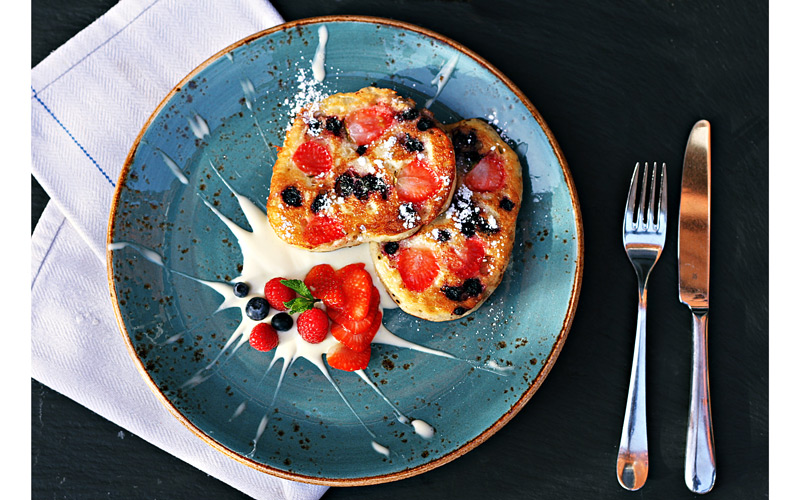 Every weekend Angelenos assemble in restaurants around the city to take part in the cultural phenomenon known as brunch (AKA societally acceptable day drinking). Diners are herded inside crowded dining rooms and patios. They eat. They drink. They gossip. They Instagram. They Snap. They people-watch and look for celebrities. They make plans to do it again.

Yeah, sure, it all sounds like good times. But beneath the frivolity lurks a nasty truth. There is the expectation, and there is the reality, and in reality brunch is a stain upon civilization, and everyone who partakes on the regular is a grotesque monstrosity.

Many restaurants in L.A. have a brunch-specific menu. These menus will have your eggs Benedicts and other nouveau breakfast-y items, along with some salty, carb-y lunch dishes too. Under the guise of a “brunch special,” restaurants will gouge you for a two-egg dish replete with whatever the restaurant had left over from the previous week, all for upwards of $16. (Kudos for not wasting food, but hopefully that hollandaise sauce is at peak freshness.)

Those bottomless mimosas are more like bottomless OJs with a splash of meh champagne. And here’s what Big Orange doesn’t want you to know about orange juice: it’s basically liquid sugar, with not very many redeeming health benefits. You’re drinking buckets of fruit sugar and alcohol sugar, which is not only not good for you but tends to complicate things when it’s time to split the bill 14 ways (except Jenna didn’t drink, and Dakota didn’t get an entree, and…)

Restaurants don’t do brunch because they’re adding something new and beautiful to Los Angeles’s eclectic and world-class restaurant scene. They do it because they have to. There are more chefs doing brunch now than ever because there is money to be made off the hordes of hungry and hungover weekend diners. Restaurants make a killing by luring you in with their ham and eggs, a new take on poutine, or maybe some Instagrammable doughnuts, but the souls of these restaurants are dying. We are killing their beautiful souls. The blood of their souls is on our hands.

Working brunch service is a thankless job. The brunch specials are slightly cheaper than dinner prices, so the wait staff gets bad tips for way more work because you sit there and eat and drink FOREVER. People come in hangry with dietary restrictive demands and order bottomless drink specials that they will have to keep refilling over and over again, and because the drinks are bottomless these refills won’t increase their tips. And when this group clears out, the next one will do the same.

Brunch hours can creep into early dinner hours—maybe there’s a post-brunch disco nap in there—and before you know it, the entire day is wasted. Who has that kind of time? Especially in the era of The Resistance? We have a republic to save.

There are occasions when it is totally appropriate: Easter and Mother’s Day. I mean, what kind of heartless cretin doesn’t take their mother to brunch for Mother’s Day? There are many places around the city where one can go for a good brunch dish: the nasi goreng from E.P & L.P, eggs in purgatory from The Ponte, the Belgian waffle from Odys + Penelope, and the breakfast burger from Cassell’s. But is it too much to ask to have breakfast or lunch without feeling like I’ve been seated next to the bachelorette party that will never die? What happened to relaxing Sunday mornings?

So go ahead and drink your bottomless mimosas. Just remember to tip extra well. Those people serving you are saints.

RELATED: The Most Annoying Words on Menus, Ranked

Who Serves the Best Brunch in L.A.? You Decide