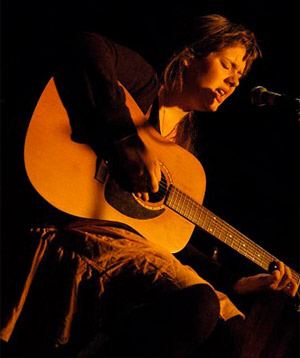 There’s always a magical quality to concerts at the Hollywood Bowl (that is, after you fight traffic and navigate parking and lug your Beaujolais up the hill), and last Sunday’s show featuring Janelle Monáe, Chaka Kahn, and Adele was no exception.

Chaka, who was a last-minute substitute for Etta James (she’d fallen ill), was a high-octane counterpoint to Adele’s more mellowed-out sound. Khan, wearing a pair of fierce thigh-high leather stilettos, kicked off her set with energy to burn—“How many of you have been through the fire?” she asked the crowd at one point before breaking into a rousing rendition of Through the Fire that brought the audience to its feet.

Adele’s laid-back stage presence—she performed her entire set barefoot after kicking off her sky-high heels at the top of her set—was the polar opposite of Khan’s seen-it-all soulfulness. The British singer is a bit of an anomaly. On one hand, she seems totally out of her element when she’s on stage, warning the audience she might forget the words, and doing just that during a few numbers (she later apologized, adding “it’s very unprofessional but you’re just blowing my mind right now.”). On the other hand, when she belted out hits like Right as Rain and Chasing Pavements (which she Americanized as “chasing sidewalks”), her voice rang out strong and true into the night, and it’s as if she were born to perform. At times, I wished she would have toned down the giggly, girlie shtick and just taken us on a ride with her talents, but then I remembered that I should give her a break—she’s only 21—and she’ll have plenty of time to do that down the road.