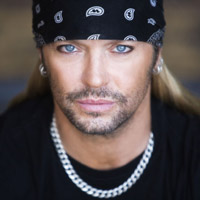 Anthony Bourdain he aint, but aging rocker Bret Michaels just finalized a deal to host a new original series on the Travel Channel. In Rock My RV, a half-hour show scheduled for eight episodes, the former Poison frontman will lead a team of designers as they transform ordinary RVs into “outrageous, badass, mobile mansions.” There’s only one catch: All of the newly tricked out vehicles must be spray-painted with a larger-than-life image of a shirtless Michaels. Also, Michaels reportedly has the right of primae noctis, getting to ride around and “break in” each RV before it’s returned to its owner. Those last two details weren’t in the press release, but we’re pretty sure they’re true. Rock My RV is slated to premiere in 2013.

On one hand, the show sounds dumb as hell. On the other, it makes complete sense. Who’s logged more miles in a super fancy, customized trailer? According to the press release, the longtime RV enthusiast has “For the past 25 years… spent at least nine months out of the year in a tour bus that he personally designs from top to bottom.” We’re shocked. He books enough shows to spend nine months on the road? Apparently. And he isn’t rolling in your grandaddy’s vintage Airstream.