Home Music Breaking Down the 2015 Grammys 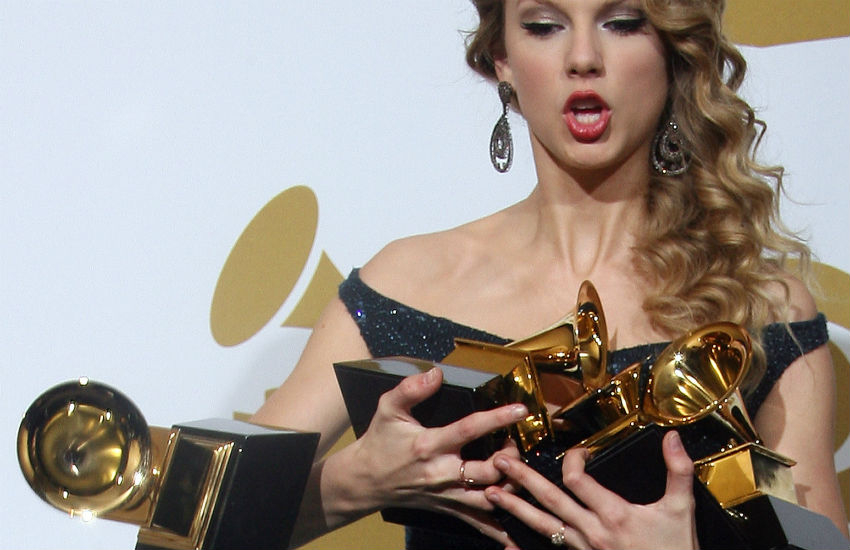 There’s a lot going on at the Grammys. Just take a look at the list of performers announced on Wednesday: Beck, Chris Martin, Sia, Mary J. Blige, Sam Smith, Juanes, Herbie Hancock, John Mayer, Questlove, Ed Sheeran, Brandy Clark, Dwight Yoakim, and ELO. They are such a jumble of moments, styles, and references, you know the Grammys is just trying maybe just a bit too hard to have something for everyone—not to mention that there are the 83 separate categories of awards to be doled out over three and a half hours this Sunday. And, of course, the Grammys hasn’t gotten it wrong—there is something for each of us. We tune in, we tweet out because there’s always the chance Sia’s 12-year-old dance phenomenon will be lighting that stage up.

So, in that time-honored awards show season tradition, here are our picks for the 2015 Grammys.

Record of the Year

Who should win: If Maddie Ziegler, the kid dancer in Sia’s music video, can’t back-flip in and take this award, then it should go to Taylor Swift’s “Shake It Off.” Meghan Trainor’s “All About That Bass” might have the most YouTube views (522 million) but it also has the most mind-numbing choruses (5). While “Shake it Off” is not quite as popular as Trainor’s number—it has the second-most YouTube views (497 million) and only four to “Bass”’s eight weeks at the number one spot—Swift’s song’s undeniable infectiousness merits the win.

Who will win: Sam Smith. He’s not Adele, but he’s the “Male Adele.” And the Grammys love Adele, bestowing upon her ten golden phonographs. To translate: he also comes from England, sings moody pop with soul, and has one of those “timeless” voices that can cross from kidzboppers to their parents who still have Norah Jones CDs in their cars. And his “Stay With Me”, believe it or not, was the best selling single of this group.

Album of the Year

Who Should Win: Beyoncé forced the Internet to eat cake after she sprung it upon us unaware, though Beck’s album is wonderful to wake up to. However, Beck will stay as solid NPR fare, maybe pick up the Rock Album of the Year, and Beyoncé should win this for an album that revolutionized how we thought albums could be released.

Who Will Win: Sam Smith. His album has already spawned six singles, three of which have been in the top ten of the charts. That, combined with the “Adele effect,” almost guarantees him the win.

Who Should Win: No need to gripe about terminology, as that’s been done before. Yet, still, it feels years too late for Bastille, though their music is the sound of a beautiful apocalypse as well as HAIM, those LA-based groovesters who revived sing-along-eighties-pop. Brandy Clark, Iggy Azalea, and Sam Smith did at least release their debut albums in 2014. And against that weak competition, Sam’s sound blows them away.

Who Will Win: Sam. Smith. Sweep.

Who Should Win: Freddie Gibbs’s Piñata. But as neither that nor YG’s My Krazy Life were chosen by the Grammy’s crew, any album but Iggy Azalea’s should keep the Rap Gods from smiting us all. The most deserving in the group, though, is Childish Gambino’s genre-fusing, forward-thinking Because the Internet.

Who Will Win: Iggy Azalea. Nominated for best record of the year and best new artist—both of which she will inevitably lose out—this seems like where the Grammy committee will give it up for Iggy.

Who Should Win: If you haven’t realized it yet, Sia’s 12-year-old doppelganger is the dopest—and the most terrifying. She’s like the girl from The Exorcist mixed with Robyn and Misty Copeland. She is America’s pop counterpart to this incredible embodiment of French electronica. And the viral spread of the video dragged Sia’s song onto the airwaves.

Who Will Win: Pharell’s “Happy” wins because it’s a bully, bringing in crowds to gang up on a single twelve-year-old. It’s gotten too many people involved in its website, it’s mustered too many YouTube views to lose. 568, 807, 243: not even the Grammys can rival that audience.

Grammy Nominations 2023: Beyoncé and Jay-Z Lead, Tie for Most Ever