Home Internet The Generation That Broadcasts Its Breakdowns 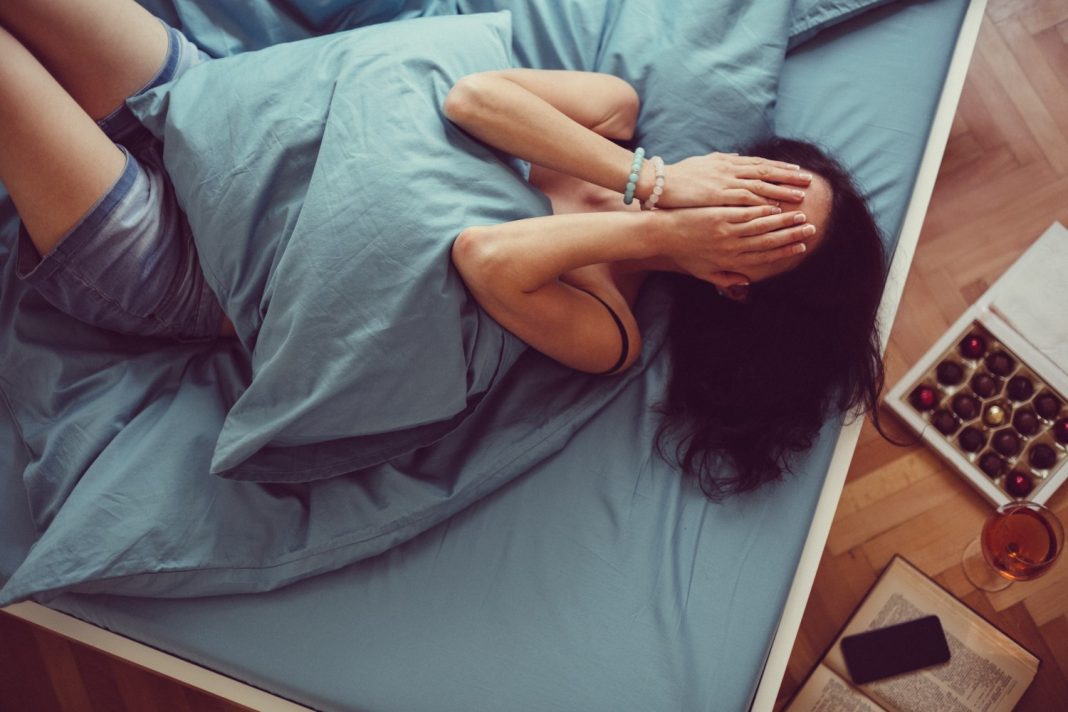 When Emma Chamberlain posts a selfie or YouTube video, there’s a good chance it will be in reference to a “mental breakdown.”

“So basically, I had a mental breakdown yesterday, let’s just keep it plain and simple,” the YouTuber and social media star says in a September YouTube video titled “RECOVERING FROM A MELTDOWN LOL.”

“The reasoning for my mental breakdown was basically I just have really, really bad anxiety.” A few months later, Chamberlain posted crying selfies on Instagram. “Yes i like taking selfie after i cry. who cares,” the caption read.

If there’s a queen of sad-girl aesthetics, it’s a Doc Martens-clad Chamberlain posing for the camera with one hand flipping it off and the other holding an iced coffee to help fuel the breakdowns. And her fanbase—and Gen Z in general—seems to have followed her lead. Crying selfies and crying videos have become a trend among Gen Z social media users and influencers. When you’re having a mental breakdown, snap a quick selfie and let your followers know that you too deal with mental health issues. When you just finished a sad movie, it’s not enough to tweet that it was sad, you need photo evidence of your tear-stained face in the movie theater. See a cute dog that makes you weep? Snap and suddenly you’re so relatable.

It shouldn’t come as a surprise that Gen Z is crying and posting about crying. According to the American Psychological Association, nine out of ten Gen Z adults reported feeling “at least one physical or emotional symptom because of stress.” And according to a survey from the Manifest, Gen Z spends about ten hours per day online. Of course they’re uploading photos of themselves with runny mascara—they’re depressed and very online.

“It’s cool to be depressed,” he says sarcastically. “Being down and being mopey and complaining has somehow become cool.”

It’s appealing to brands, he says, because if an online influencer can be that vulnerable with their audience, then they will have an easier time selling a brand’s products.

“If someone is comfortable enough with themselves and has enough of a connection with their audience and is vulnerable in a real way, then that’s how you create real fans,” he says. “So if someone is doing that, odds are they have real relationships with their fans in an era of fake followers and engagement and all of that bullshit. That is a very truetell way to go and find out who’s got real fans and who doesn’t.”

Katie McNally says she takes crying selfies to make fun of herself.

“Later on, I’ll look back and think, why did I cry during that picture,” the 20-year-old says. “And then I realize it wasn’t even a big deal at all.”

McNally says her two older sisters, ages 30 and 24, are perplexed by her weepy selfies since they, like many people, prefer to project the impression they have their lives together. While other generations may suffer from mental illness, Gen Z seems to be the most aware of theirs, McNally says. The American Psychological Association says Gen Zers are more likely to report receiving treatment for mental health issues.

“Older generations have too much stigma against mental health, so I think Gen Z is more open and able to talk about it in a more comfortable conversation than older generations,” McNally says.

If posting about your mental breakdown can help someone else, then perhaps it was all worth it. That’s the case for Miranda Eliason, an 18-year-old college student. She posted a meltdown to TikTok after she found out her dad wouldn’t pay for her college. People commented “I felt this so hard” and “heyyy I’m crying while watching this.”

“I had this one guy DM me randomly where he was like, ‘Hey, I’m going through a rough time,’ and I was like, ‘Ugh, I’m sorry, I totally get it,’” Eliason says.

TikTok may be known for dance videos and comedy bits, but breakdowns flourish there too. While other users were posting about how much they’d changed over the course of six months, Chloe Chin posted how much she’d changed in six seconds: she went from crying to smiling.

“I cope with my depression through humor,” she says, “and I guess a lot of people on TikTok could relate to it.”