Home Music The Boyz (II Men) Are Back 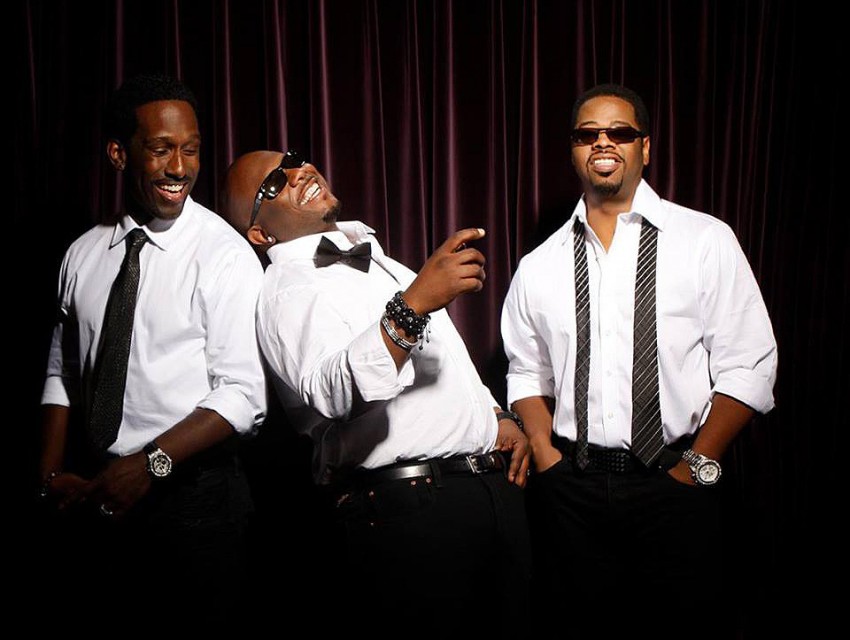 Whether they were setting the mood with “I’ll Make Love To You” or getting you through a bad break up with “End of the Road,” it’s safe to say that R&B group Boyz II Men is an essential and integral part of the boy band canon. They are the OGs of buttery, mind-melting a cappella harmonies, but more than that they are, according to the Recording Industry Association of America, the most commercially successful R&B group of all time.

Seeing as they’ve been relatively quiet since dominating the first half of the ‘90s, it might be easy to assume they had either retired or disbanded (heaven forbid). But you know what they say about people who assume: Sometimes they’re wrong. In reality, Boyz II Men has never stopped making music: They spent much of the last decade touring and making cover albums. In the past year, the band has been performing shows at the Mirage Hotel and Casino in Las Vegas. They also made an appearance on Andi Dorfman’s season of The Bachelorette, where a slew of men made fools of themselves trying to perform one of the band’s classic tunes.

The boys have also been back in the studio, and they are set to release their highly anticipated new album Collide on October 21. Diehard fans are in for an even bigger treat: The group will perform at a free concert on Monday, October 20 at The Americana at Brand to celebrate the album’s release.

Inspired by Boyz II Men’s resurgence, we couldn’t help ourselves—we had to check in on the other boy bands of our tweeny pasts. Read on to see what some of our favorites were up to in their prime and where you can find them now.

Then:
The Backstreet Boys skyrocketed to fame after the debut of their eponymous album in 1997, which included chart toppers like “Quit Playing Games (With My Heart)” and “As Long As You Love Me.” Eventually, the album rose to #2 on the Billboard Hot 100 charts and went platinum a whopping 14 times. The band’s third studio album, Millennium, found even more success: With the single “I Want It That Way” leading the charge, it sold over one million copies in its first week. In fact, having sold more than 130 million albums over the course of their career, Backstreet Boys are the best selling boy band of all time.

Now:
Their famed song may say that “Backstreet’s back,” but in reality, they never really left. Despite Nick Carter and Brian Littrell’s solo careers, A.J. McLean’s battle with drug and alcohol addiction, Kevin Richardson quitting the group (but coming back!), five weddings, and the birth of several children, BSB has never taken much of a break when it comes to performing and producing albums (they have 14). In 2011 they formed a superalliance with New Kids On The Block (#NKOTBSB) and embarked on a world tour in May of 2013 to promote their newest album, In a World Like This. Recently, the band has been making the rounds in movies (they appeared in This Is The End), at awards shows, and even at the White House, where they performed two of their original songs at the Christmas in Washington television special. For the hardcore BSB devotee, the band hosts a four-day fan cruise each year. Yes, their wives and children go; no, no one cares, because even in their late 30s and early 40s, those boys know how to work a crowd.

Then:
Riding on the coattails of BSB’s success, *NSYNC catapulted to stardom after the Disney Channel aired a concert special featuring the newest boy band in town. (Coincidentally, *NSYNC was only offered the gig because the Backstreet Boys had other plans.) Before the special, their self-titled album sat at #82 on the Billboard charts. After it aired, it went all the way to #9. Their second album, No Strings Attached, sold nearly 2.5 million copies in its first week alone, and they had no problem saying “Bye, Bye, Bye” to the bottom of the charts.

Now:
The group took a hiatus in 2000. And then, you know, that whole Justin Timberlake thing happened, Lance Bass tried to go to the moon, and JC Chasez became a judge on America’s Best Dance Crew. *NSYNC surprised fans at the 2013 Video Music Awards when they reunited for a few short minutes during Timberlake’s epic performance, after which Lance Bass crushed the hopes and dreams of loyal *NSYNC-ers when he said that the group has no future plans to reunite.

Then:
The mention of 98 Degrees dredges up memories of Nick Lachey’s brief marriage to Jessica “is tuna fish or chicken?” Simpson, but in reality they were one of more popular boy bands of the ’90s. Hits like “Thank God I Found You” (a collaboration with Mariah Carey and Joe) and “True To Your Heart” earned the band several platinum awards. In the early ’00s, the group decided to pump the brakes.

Now:
With a newfound commitment to each other and the glorious pursuit of pop music, 98 Degrees reunited in 2012. The group embarked on a joint tour called “The Package” with New Kids On The Block and Boyz II Men in 2013 and released their fourth studio album, 2.0, in May of the same year.

New Kids On The Block

Then:
Also known as “NKOTB,” the group found much success in the late 1980s and early ’90s. After dismal fan reactions to their first two singles “Be My Girl” and “Stop It Girl” (a situation which nearly caused Columbia Records to drop the group), fans listened to the boys’ last-chance pleas in the single “Please Don’t Go Girl,” a hit that rose to #10 on the Billboard Hot 100 Singles chart. Rough start aside, they became one of the most popular boy bands ever with over 80 million records sold worldwide. The band’s most successful album was Step By Step, which went triple platinum and sold nearly 20 million copies. NKOTB also had one heck of a fan base; its official fan club had over 200,000 members, one of the largest in the United States.

Now:
The group disbanded in 1994, just in time for BSB to have their day in the sun. The band quietly reunited in 2007, and a year later they began releasing singles and going on tours with other groups (including Boyz II Men) with mild success. This past summer, NKOTB took a page out of BSB’s book and brought their swoon-worthy vocals (and looks) up to the skies when they put on a “#NKOTB Party Plane.” Fans hung out with NKOTB as they flew to Las Vegas for a concert at Planet Hollywood Resort and Casino. Recently, they were awarded a star on the Hollywood Walk of Fame, where it was apparent that they have not lost their touch: in spite of their heyday being long over, one woman fainted during the ceremony.

Then:
Despite rising to fame on MTV’s Making the Band (and Ashley Parker Angel’s totally dreamy face), the band could not compete with its more successful counterparts. Their first single, “Liquid Dreams,” peaked at #10 on the Billboard Hot 100 chart. Their second single, “All or Nothing” reached #1 on the U.S. Top 40 chart, making it the biggest song of the band’s short-lived career.

Now:
After the group split in 2003, its members took on solo careers. Their reason for disbanding, sent out in e-mail to all their fans, was due to the changing climate of the music industry (a.k.a the death of the teen-pop genre). In January of 2011, the group solidified plans for a reunion, but APA was noticeably absent to every O-Town fan’s dismay. “O-Town was one of the greatest chapters of my life, so when the idea of a reunion was brought to me, of course I was intrigued,” Angel said in a statement. “However I have made the decision not to be a part of an O-Town reunion. It was a difficult decision, but ultimately necessary to move on with the next chapter of my career.” Not sure what that chapter is (he was most recently on our radar for taking a nearly naked selfie for a good cause), but hey, best of luck to him. In the meantime, the other four members of O-Town released a new album, Lines & Circles, in August of this year.

Watch *NSYNC Accept Their Star on the Hollywood Walk of Fame

Lance Bass Shares His Personal Guide to Brunching in L.A.

“Tell Me Why,” Or, a Sound Argument for Seeing the Backstreet Boys in Las Vegas