Home Celebrity A Night of Music That Helped Me Mourn Bourdain 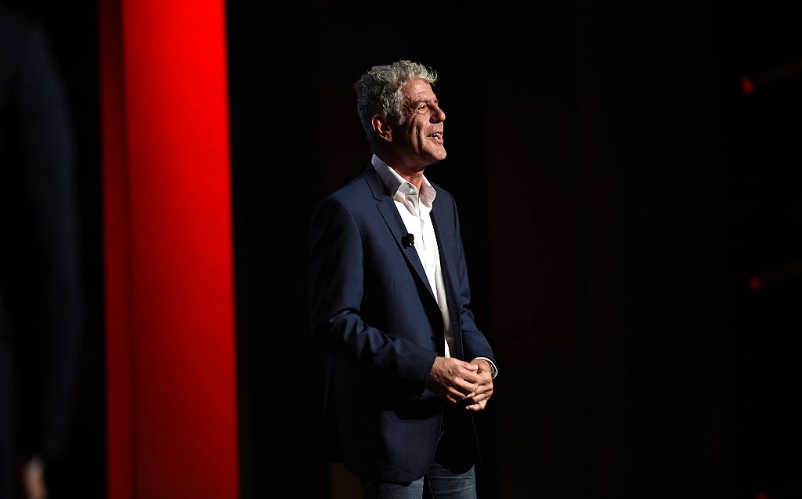 In late February of 1854, composer Johannes Brahms’s friend and colleague Robert Schumann attempted suicide by throwing himself off a bridge into the Rhine. Schumann survived the fall, but never recovered from the mental illness that drove him to jump into the river’s icy waters. He spent the following two years in a sanitarium in Bonn, Germany, where Brahms visited him, and where, in 1856, he died at the age of 46.

A decade later, following the death of his mother, Brahms wrote a Requiem, a lengthy mass for the dead more rooted in humanity and solace than religion and judgment. “Ein Deutsches Requiem” (“A German Requiem”) includes bits of music he originally composed in 1854, the year Schumann attempted to kill himself.

On Sunday night, the Los Angeles Master Chorale performed Brahms’ “Requiem” at the final concert of its 2017/2018 season. Just a week earlier, the Chorale also joined the Los Angeles Philharmonic and Gustavo Dudamel for the last concert of the orchestra’s season, a performance of Schumann’s sumptuous “Das Paradies und die Peri.”

There is no way the Master Chorale’s artistic team could’ve know that days before their performance of Brahms’s “Requiem,” Anthony Bourdain, one of America’s most beloved chefs, writers, and TV personalities, would kill himself while on a trip abroad with his friend and fellow chef Eric Ripert. The timing of this Master Chorale performance—which on Sunday night felt as much like a memorial service as it did a concert—was entirely coincidental.

Like so many other people, I’ve felt sad since news broke Friday morning of Bourdain’s suicide. It’s an odd emotional space to be in, mourning the loss of someone you’ve never met and didn’t know personally.

My introduction to Bourdain came through my boyfriend, who for the first four years we were together worked as a newspaper’s food critic. Most of our date nights during those years took place at restaurants where, more often than not, my palate was challenged by dishes like cricket tacos and calf testicles. But on nights when his job didn’t require us to eat out, and my job as a classical music critic didn’t require us to be at a concert, we often stayed in with Bourdain, watching his show No Reservations on my old, shitty TV and dreaming of food-fueled vacations.

My boyfriend always talks about what an exceptionally generous and colorful interview subject Bourdain was. “I guess this is my Princess Diana,” he said Friday, as we both tried to process the sad news.

When I think of Bourdain, I think of his voice. As a writer, his voice was distinct—probing, curious, vulnerable, questioning, and colorful. As a narrator, the sound of his voice also was unique—low, gruff, whiskey-tinged, and delivered in a slow, measured cadence that became as familiar to his fans as his weathered face.

Perhaps most significantly, Bourdain’s voice was honest. We knew he had his demons. He’d told us about his struggles. We hoped that through that honesty he’d found some measure of peace and acceptance. It was heartbreaking to discover that the darkness won anyway.

While I’ve dealt with my share of depression, I don’t understand what it feels like to experience suicidal thoughts. I do know and love friends and family members who know that feeling all too well. Since I was a young and one of my high school crushes shot himself, my fear surrounding suicide has always been of being that friend, that person who gets the call or finds the body. What must Eric Ripert feel like right now? How are Kate Spade’s family members coping this week? How did Brahms process Schumann’s difficult final years?

The American Foundation for Suicide Prevention’s website states that, on average, there are 123 suicides per day in the U.S. I am certainly not alone in my fears and experiences.

On Sunday night, Disney Hall was filled with a large crowd of people, all of whom, it’s reasonable to assume, have their own personal stories of loss, sadness about events in the world, and private pains.

Grant Gershon, the Master Chorale’s artistic director, introduced Sunday’s program by suggesting that the audience hold their applause until the end of the concert. The first two pieces on the program—”Fly Away I” by Caroline Shaw and “Where You Go” by David Lang—were relatively short and would be sung a cappella, an unaccompanied prelude to the Brahms.

And so we all sat, collectively absorbing both sound and silence and withholding our response. For me, this changed the atmosphere of the night from performative to meditative, from a concert to a private memorial service.

The piece asks more questions than it answers, and it led beautifully into David Lang’s aching “where you go,” an Old Testament-inspired musical manifestation of intense human connection.

And then Brahms had his say. His eulogy at this musical memorial service provided a message of consolation: “Blessed are they that mourn,” the piece begins, “for they shall be comforted.”

Here, the audience was immersed in the sounds of an orchestra Gershon conducted the same way he conducts his singers—with attention to the rounded edges of phrases, unhurried breathes, and warm, well-blended harmonies. Soloists Jeanine De Bique and Justin Hopkins provided their own salves: Hopkins through his smoky, peppery baritone, and De Bique with the clarity and butteriness of a summer wine.

The chorus gave us both power and sensitivity. In its gritty, muscular stance and sensitive, compassionate message, it reminded me of Bourdain’s own dualities.

Brahms’s “Requiem” is a gift to mourners wrapped in a deeply humanist package. It offers comfort and space to re-live the good times. It reminds us of the joys of life, and leaves us with a prayer: that those we’ve lost “may rest from their labors.” It was in so many ways the perfect music to accompany the mourning of a public figure I’d had on my mind all weekend, a reminder that life is rich and full of diverse places, foods, art, music, and people, and that we should savor it while we can.

This is not the first time I’ve been struck by the uncanny timeliness of the Master Chorale’s offerings. Through the organization’s education programs, I’ve watched young immigrant teens create musical stories about Japanese internment camps against the backdrop of the Trump administration’s racist immigration policies, and witnessed high schoolers tell the story of American women’s fight for equality as the #MeToo movement gained momentum. I’ve heard new music that mines American history to deal with hyper-contemporary cultural questions, and this weekend I experienced the memorial service I needed: an opportunity to mourn, alongside strangers, a man I never knew.

The Master Chorale will begin its next season with a different kind of Requiem, this time by Mozart. It’s impossible to know what fresh sadness or political hell we’ll be wrestling with as a country that weekend, but you might want to go ahead and snag tickets. Voice is a powerful thing, and this collection of voices has a knack for providing just the right soundtrack for our times.