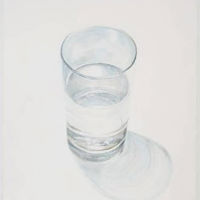 Designed by William Mulholland, the Los Angeles Aqueduct is considered one of the greatest engineering feats of the early twentieth century. The aqueduct, which transports water from Owens Valley to L.A., has been steeped in controversy since its inception, a conflict immortalized in Roman Polanski’s Chinatown, which casts it as a symbol of ruthless exploitation camouflaged as an icon of progress. One thing is certain: Without the aqueduct there would be no Los Angeles.

This year marks the 100th anniversary of both the L.A. Aqueduct and the Natural History Museum, which the latter is commemorating with a show of work by local artist Rob Reynolds, Just Add Water: Artworks Inspired by the L.A. Aqueduct. Reynolds’s large-scale watercolors examine the cultural impact of the aqueduct on the environment and its inhabitants. And to celebrate, admission to the museum will be free on the first two days of the exhibition, November 5 and 6. Just as spectators did at the grand opening in 1913, visitors to the NHM on these days will receive a commemorative bottle of aqueduct water fresh from Owens Valley.

On the evening of November 5, Rob Reynolds will sit down with curator Charlotte Eyerman for a discussion about how the aqueduct has inspired his art. The following evening, the museum will host a time capsule creation ceremony; it’s open to the public and anyone who shows up can help create the time capsule.

Want to eat like Angelenos did a hundred years ago? Museum members at the Fellow level or higher can take a culinary trip down memory lane at A Taste of History: A Watershed Moment, which features a special 1913-themed menu with accompanying cocktails. Party like you just got running water.

Just Add Water will be on display in the NHM’s historic rotunda until August 3, 2014.