Home L.A. History The Sixth Season of Bosch Couldn’t Have Come at a Better Time 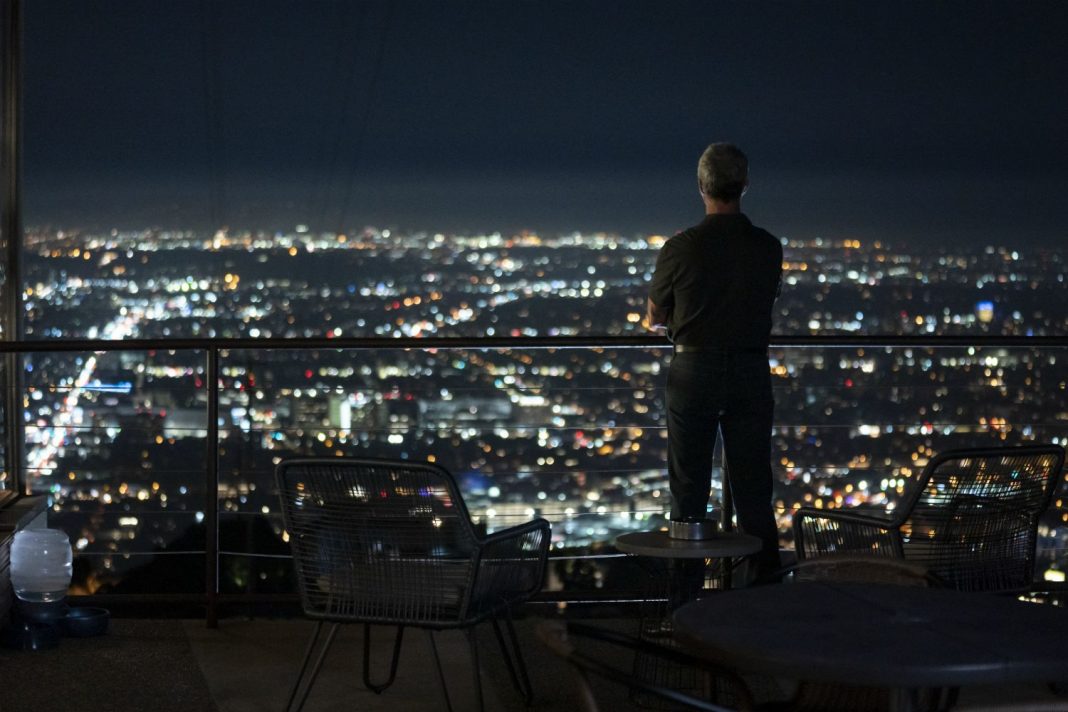 While watching Bosch recently, one thought kept popping into my head: this stay-at-home thing would be a hell of a lot more bearable if I lived in Harry Bosch’s pad. It’s not about the home’s size or amenities—it’s the view. At home, Bosch may be semi-isolated, but he’s still surrounded by city life.

In the television series, Bosch’s house in the Hollywood Hills and its citywide view is an important artistic choice, a constant reminder that, even when the detective is off the clock, his work is never finished. There is always something happening. On a phone call recently, Paul Schreiber, supervising location manager for Amazon’s adaptation of Michael Connelly’s crime novels, recalled the character’s credo: “Everybody counts or nobody counts.” That view, Schreiber says, gives Bosch “the perspective to see the city as a whole, all these people and their inner-workings together.”

He adds, “Nothing happens alone, right?”

The sixth season of Bosch couldn’t have come at a better time. The handful of days that it took me to watch ten episodes were an escape into an L.A. that was both intimately familiar and, at least at this moment, quite distant. It’s an L.A. where downtown is bustling, where you can still go inside Boardner’s or Musso & Frank. How I would love to be eavesdropping on old cops shooting the shit inside a century-old restaurant right now. Watching it on TV is the next best thing, I suppose.

How I would love to be eavesdropping on old cops shooting the shit inside a century-old restaurant right now. Watching it on TV is the next best thing, I suppose.

I’ve been a Bosch fan since the first season and a lot of that is because of the setting. Sure, I love a good mystery, but it’s all the better when crime-solving involves Angels Flight, as was the case season four. I like the juxtaposition of city icons with hyperlocal spots that might escape the recognition of anyone who didn’t live or work in a specific neighborhood. I appreciate that it offers a broad presentation of my hometown.

“Character, character, character. That’s the first step in providing locations for the storytelling,” says Schreiber. “The last thing you want to have is anything jarring. It’s important to look at the gamut of characters that we show over the course of the season because you also want differences between the characters as well.”

Schreiber adds, “Frequently, we scout locations before a character is cast, which doesn’t make the job easier. Once you see a person, there is an innate thing that happens and you can visualize whether that person would live in that house. It’s no different than when one reads a book.” And, as with a book, that first image of what a place should be can change.

“When you’re a reader of a book, you can’t help but visualize what a character might look like or what a place may look like as you read along, bit by bit,” Schreiber says. “As further description comes to light, be it from the author, or the writer in the case of the show, you take those pieces and you make sure that it still fits, or you alter.” 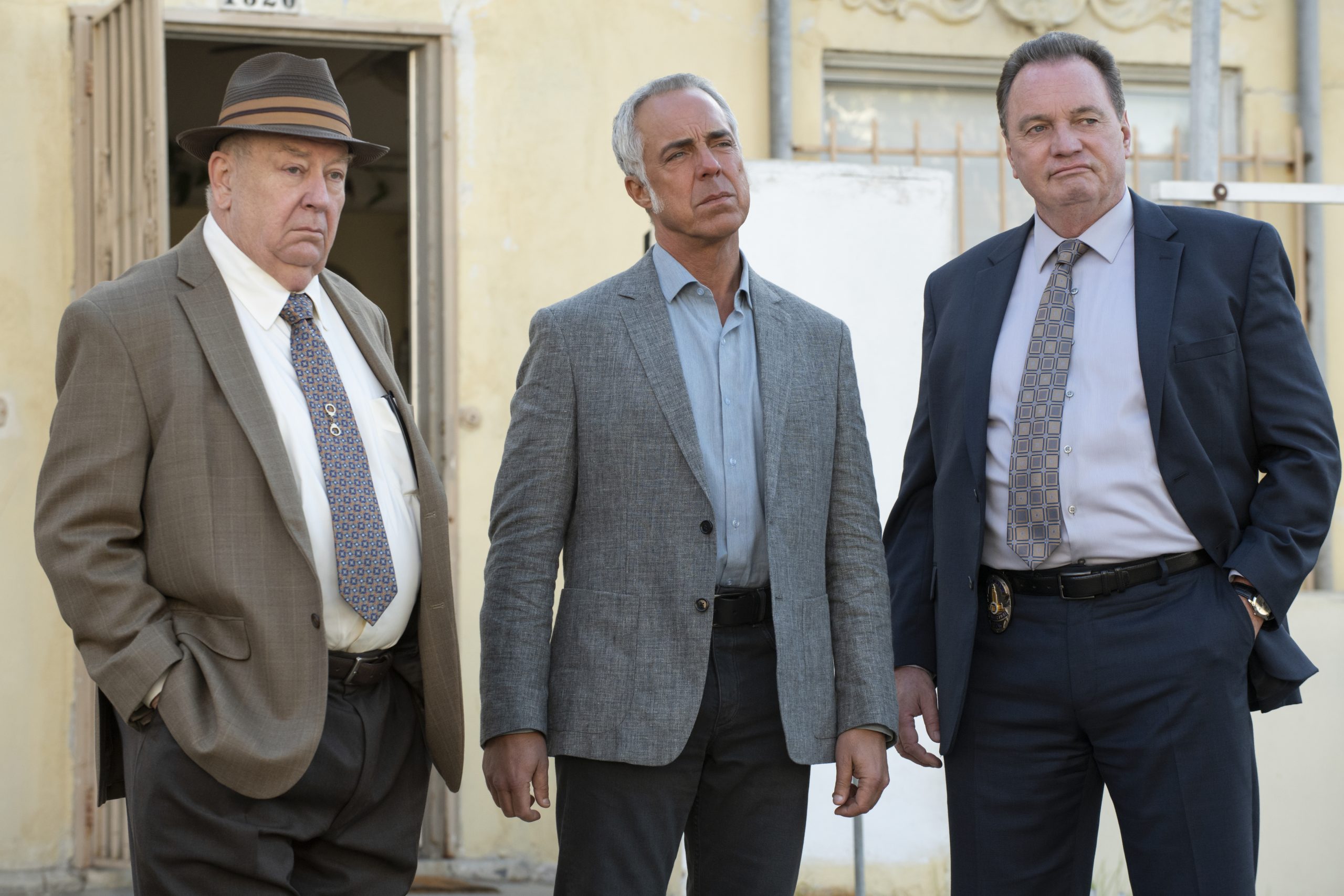 In the latest season, Bosch’s investigation leads him to a group of sovereign citizens living out the Valley. In Northridge, the neighborhood where I grew up, I see the backs and corners of buildings that are all too familiar. I can’t remember how long it’s been since I’ve been out there. I don’t know when I’ll be visiting next, but there’s a glimpse of home in those shots.

But, sometimes, the locations are exciting because they’re a peek into an L.A. the public doesn’t have much chance to see. In this season, that’s the case with a chase scene that twists and turns through hidden portions of the Ace Hotel and it’s adjoining theater. Schreiber recalls scouting the location and noticing the room with the terrace, how its outdoor wall could lead to the theater’s rooftop, which had a door. “Before you know it, you get a nice little beginning of a chase scene,” he says. “That door happened to go into the rafters and the catwalks above the theater. Then there are these wonderful series of doors that lead to the fire escape that overlooks the alley and on and on and on. It just comes together.”

Watching Bosch now is a little bittersweet. I see places I know and want to revisit and less familiar spots that I would love to explore, but shouldn’t right now. It will all go on a to-do list for better times. In the meantime, I think of that view from Bosch’s window, a welcome, if not necessary, image to remember in a time of social distancing. It’s a reminder that we aren’t alone, that we’re part of a metropolis millions-strong and that we’re all, in some way, relying on each other. “Everybody counts or nobody counts.”

‘The Manor,’ a Gothic Horror About Aging, Was a Tough Sell in Youth-Obsessed Hollywood